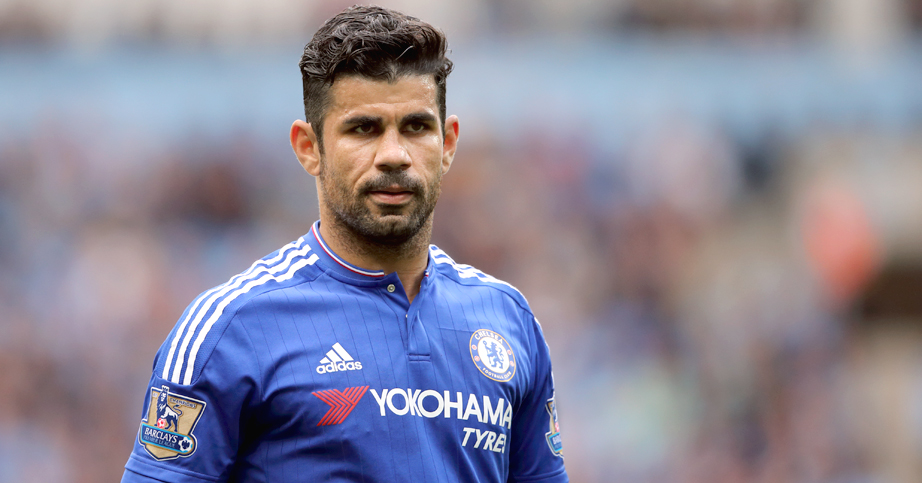 With the international break coming to a close and the final stretch of the Premier League race in sight, WhoScored.com have eyed up the sharp shooters in England’s top tier by examining their shot conversion rates. Only those to have scored more than five league goals are included…

5) Diego Costa (Chelsea) – 18.3%
The Spain international may have struggled to replicate his debut season form, but looks back to his best with Guus Hiddink back in charge. Six of his 11 goals have come this calendar year, and while Chelsea won’t be securing domestic or continental glory this season following their Champions League exit at the hands of Paris St Germain, Costa is beginning to play himself back into supporters’ good books.

Requiring just 60 shots to net his 11 goals this season, in the process returning a conversion rate of 18.3%, Costa’s goalscoring form has fans hoping Chelsea can end a thoroughly underwhelming season on a high note. While reports suggest Costa will depart Stamford Bridge this summer, his recent goalscoring exploits suggest he would leave the club on good terms.

4) Georginio Wijnaldum (Newcastle) – 19.6%
Newcastle’s hopes of survival came close to fading completely in the Tyne-Wear derby, but the Magpies were handed a fighting chance courtesy of an Aleksandar Mitrovic equaliser in the 1-1 draw with Sunderland. Indeed, Newcastle will need to stave off relegation if they are to retain the services of another of their big money summer arrivals. Georginio Wijnaldum has quickly become one of the club’s most important players, with the Dutchman scoring more goals (nine) than any other teammate.

Wijnaldum has capitalised on most opportunities thrown his way. His nine goals have come from 46 shots, returning a conversion rate of 19.6%. Interestingly, all nine of his goals have come at St. James’ Park. While he has a tendency to go missing away from home, Wijnaldum has been a success during his short time in the north east. Should the Magpies drop into the Championship once more, there won’t be a shortage of suitors.

3) Jamie Vardy (Leicester) – 19.6%
One of the Premier League’s fairytale stories this season, it’s well-documented/constantly mentioned that Vardy was plying his trade for lowly Fleetwood Town four years ago. Having scored 19 goals this season – only Harry Kane (21) has more – Vardy has led the Leicester attack expertly as they continue their quest to secure domestic glory.

Vardy has required 97 shots, the third most in England’s top tier this term, to reach his 19 league goals this season, returning a highly commendable conversion rate of 19.6%. As we near the campaign’s end, Vardy will be vital as Leicester look to secure their first Premier League title.

2) Riyad Mahrez (Leicester) – 20.5%
The Premier League’s highest-rated player with a WhoScored.com rating of 7.85, Riyad Mahrez comes in at second on this list having required just 78 shots to net his 16 goals this season, returning an impressive conversion rate of 20.5%. The Algerian is expected to land the PFA Player of the Season award, with his efficiency in front of goal aiding that cause.

Leicester top the Premier League table coming into the business end of the campaign, and Mahrez has played a starring role. His quality in front of goal has helped win him countless admirers and if the Foxes do wind up as surprise title winners, the 25-year-old’s goalscoring displays will have played a vital role.

1) Jermain Defoe (Sunderland) – 21.9%
Sunderland face an uphill battle to beat the drop this season, with the Black Cats currently two points from safety. Sam Allardyce will look to his strikers to net the required goals in order to avoid relegation, but it’s fair to say main man Jermain Defoe is abiding to his manager’s demands in front of goal. Defoe is comfortably Sunderland’s top scorer this season with 12 goals; former striker and Marseille ‘star’ Steven Fletcher (four goals) sits second.

For a team that averages just 11.1 shots per league game – one of the lowest returns in the Premier League – Sunderland required a hitman capable of consistently hitting the back of the net. Yet, despite so few chances being presented to him, Defoe makes full use of the opportunities he gets, netting his 12 goals from just 55 shots, returning a conversion rate of 21.9%. The 33-year-old will no doubt need to continue his good form in front of goal if Sunderland are to survive.