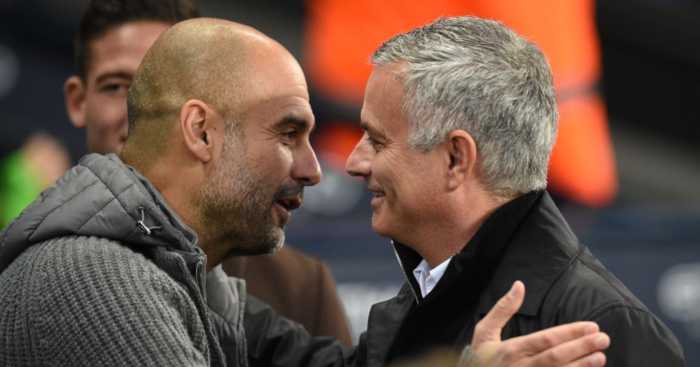 Player (That No-one Has Heard Of) Of The Year
Tyreke Johnson. The unrelated Ben Johnson takes second place, with Max Kilman in third.

Heung Player (That You Would Be Most Comfortable Introducing To Your Parents) Of The Year
That Tottenham fella by a landslide.

Manager Of The Year
Paul Ince. It turns out he was right all along.

Mike Stowell and Adam Sadler share second place for winning all one of their matches in charge of Leicester as the 21st century’s answer to Roy Evans and Gerard Houllier.

In third is Martin Warhurst.

Own Goal Of The Year

Game Of The Year
Wolves 4 Leicester 3.

The Somen Tchoyi Award For Most Surprising Hat-Trick That Will Trip Everyone Up On Sporcle One Day
Diogo Jota in the above game ties with Gerard Deulofeu, while the biggest treble of Lucas Moura’s professional career – against Huddersfield in April – takes third.

The Pele Award For Prediction Of The Year
“We have the possibility to get more points in the second part of the season compared to the first part” – Jose Mourinho, December 16.

He was bloody right, you know: the final score was 32 points to 34.

The Brexit Award
Leicester, who would have finished seven points clear at the top of the Premier League if only goals from English players counted.

“Don’t forget Divock Origi and Dom Solanke trained really, really good and are not in the squad. That is really hard but they will be used as well and they will have a part to play.”

One of them did not make a single match-day squad in any competition before being sold for £19m in January. The other exposed the shortness of Jordan Pickford’s arms, broke Geordie hearts and schooled Lionel Messi at Anfield.

Graeme Souness Award For Reducer Of The Year

The ‘Jump The Shark’ Award
“We’ve scored goals at the Nou Camp before from corners and crosses” – Ole Fonzie Solskjaer, April 11.

Pacifists Of The Year
Bournemouth, for becoming the first Premier League team to fail to have a single shot of any kind in a home game against Manchester City in March.

Handicap Match Of The Year
Roy Keane vs Harry Arter and Jon Walters.

Feud Of The Year
Roy Hodgson vs Harry The Hornet.

John Wayne Award For Successful Dismounting Of An Unusually High Horse
Let’s take you back to September, when Alexandre Lacazette scored the opening goal in a 2-0 win over Everton. The Arsenal striker joined Geoff Shreeves for a post-match Sky Sports interview, and helped produce this glorious crossing of wires.

AL: “A big thanks to Petr Cech because he took a lot of balls today and we won our first clean sheet.”

Right let’s be clear. I didn’t hear clearly/understand what he said. @LacazetteAlex quite rightly looked blankly at me thinking “What is this fool on about?” In short, I b@llsed it up. https://t.co/HQgLcvN1fK

The Mike Dean Lifetime Achievement Award, Sponsored By Mike Dean
This goes to Mike Dean, for giving at least 27 more yellow and three more red cards than any Premier League referee this season.

The Nosebleed Award
Conor Coady, for playing every single Premier League minute without registering either a goal or an assist.

The Gary Lineker Award
Bruno Ecuele Manga, for playing all but 45 minutes of the Premier League season without receiving a single yellow or red card. While playing in defence. For Cardiff.

Vincent Kompany Moment Of The Year
The Leicester goal? Nah. Try the incident back in January when he prevented Mohamed Salah from racing through on goal by clearing him out completely before standing over his prone body and branding him a “pussy”. That’s the stuff.

The ‘Dog Ate My Homework’ Award For Best Excuse
“I waved and shouted at the person taking the picture to get on with it and at the same time put my hand over my mouth to make the sound carry. It’s been brought to my attention that frozen in a moment by the camera this looks like I am making a completely inappropriate type of salute.”

Headline Of The Year
‘Wayne Hennessey ‘desperate’ to learn about Nazis’

Annoying Stepfather Award
Thierry Henry, who definitely didn’t do it just for the cameras.

Scouting Award
Aleksandar Mitrovic for “I know this bloke called Lazar…perfect for a relegation battle”.

Eric Cantona Award For Weird Analogy Of The Year
“It’s like a cow that every single day during ten years, sees the train crossing in the front at the same time. And if you ask the cow what time is the train going to come, it’s not going have the right answer. In football it’s the same” – Mauricio Pochettino, September 2018.

Rant Of The Year
“It’s ridiculous, they shouldn’t be in the game. We scored a perfectly good goal that was ruled out for offside. The officials cost us two points. They said it was offside, that is a joke. People go on about VAR, they clearly need help. If this is the best, most-watched league in the world then give them all the help they need. It is a joke. Sure there are many positives, we worked hard, we deserved three points and we would have got that had we not been let down by the official. We feel like we have been let down. I started well, worked hard to be up 1-0 at half-time and we stuck to the plan. We didn’t get beat but we should have gotten away with three points going into the international break. The performance was there, we can take that away and we should manage the game. I’m angry is what it is, we should have won 2-0” – a particularly high-pitched Charlie Austin makes Geoffrey Boycott look camera-shy.

Awkward Moment Of The Year
The training-ground footage of Jose Mourinho and Paul Pogba in September. Oh my.

Well said @rioferdy5 👏👏. If Rafa loves Newcastle as he says – spend some of his own money. He’s got enough. Management is about teamwork – why should it always be Ashley? Buy it. It’s still for sale. They’re in the bottom 3 & Rafa is responsible. He picks the team.

Those bloody dark forces must have hacked into his account.

The ‘Exit, Pursued By A Bear’ Stage Direction Award
If you listen really closely, you can almost hear that booming laugh.

Dembele Of The Year
Ousmane (Barcelona) was too busy playing Fortnite. Moussa (Lyon) came close with 22 goals in 50 appearances. Mousa (Tottenham and Guangzhou R&F) was not even close, nor were Mataly (Nancy), Mahamadou (Red Bull Salzburg) and Aliou (Ajaccio). Karamoko (Celtic) has years to prove himself worth of the name.

But this award must sadly be retired in a shroud of controversy, after the June revelation that referee Denis was revealed to have accepted $700 ahead of a Champions League game in which he awarded a disputed penalty in a 1-0 win for Aduana Stars against Entente Setif. He has since been given a six-year ban, irrevocably shattering our collective hearts in the process.