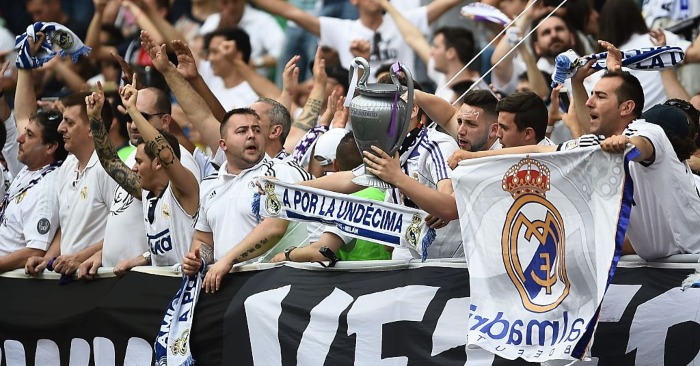 In the weeks between the end of the season and the point the transfer window reaches its fullest aperture, the Spanish sports dailies usually have to subsist on a meagre gruel of transfer tittle-tattle and tennis – particularly in an odd-number year with no Spanish teams in European finals. I won’t lie, there’s still plenty of transfer nonsense going around, but this year there is also plenty of actual football news to report. Here’s a look at the goings-on in Spanish football in the post-season lull.

REAL MADRID REVOLUTION
Florentino Pérez is making a statement. Real Madrid mean business, and they’re getting said business done early. After a shambolic season for the 13-time European champions, Pérez is splashing the cash with an abandon not seen since the galácticos era. Deals for Rodrygo and Éder Militão were sealed long before the season ended, and now Luka Jović and Eden Hazard have signed up too. The signing of Ferland Mendy is pretty much in the bag, and it is strongly expected that one or both of Christian Eriksen and Paul Pogba will be wearing the famous all-white strip next season as well.

Zinedine Zidane would have insisted on major investment in the squad as a condition of his return to the Bernabéu earlier this year, and his president has duly obliged. The influx of players will necessitate the departure of several of the old guard so as not to run afoul of UEFA’s bean-counters, so expect the likes of Gareth Bale, Isco and Keylor Navas to bid their farewells in the coming weeks.

WOMEN’S WORLD CUP
Spain got off to a flying start at the Women’s World Cup, coming from behind to beat South Africa 3-1 in Le Havre on Saturday. La Roja are in a potentially tricky group along with China and Germany, and anything but a win would have left them with a great deal of work to do to progress to the last 16. Late goals from Jenni Hermoso and Lucía García gave them a crucial victory ahead of a tough match against a strong German side on Wednesday evening.

It’s been a big year for women’s football in Spain, and its popularity is growing at an astonishing rate. In February, a record attendance for a women’s game was set as 48,121 people watched Athletic Club take on Atlético Madrid at San Mamés – a greater attendance than any men’s game at the same stadium this season. A month later that record was broken as a whopping 60,739 people watched Atlético’s defeat to Barcelona at the Wanda Metropolitano. Real Sociedad’s Copa de la Reina win in May made the front pages of both Marca and AS, and Spain’s win over South Africa on Saturday was watched by two million people on TV channel GOL – more than any other game on the channel this season, including several La Liga games.

OPERATION OIKOS
A fortnight ago, police arrested nine people including several current and retired players as part of an investigation into match-fixing, and each passing day seems to bring new information and allegations to light. Recordings from police wire taps appear to show Carlos Aranda, a retired striker who played for eight different La Liga sides, allegedly instructing Real Valladolid captain Borja Fernández to ensure his side loses both halves of their final match of the season against Valencia.

Valencia duly won 2-0 with a goal scored in either half. Valladolid were already safe from relegation, so the outcome of the game was of no great import to them or their players, but Valencia’s victory meant they secured the final Champions League place ahead of Getafe.

Now, Getafe themselves have been accused of offering a huge bonus to Valladolid as in incentive for them to beat Valencia. Meanwhile, an indignant Girona, who were relegated in 18th place, are insisting that they form part of a 21-team Liga next season while investigations take place, as a mooted six-point penalty for Valladolid would send them down in place of the Catalan side.

Meanwhile, the president of Huesca has resigned after his arrest, while ex-Huesca player Íñigo López has spoken of a ‘pact’ to lose a game against Gimnàstic in the Segunda División after the Aragonese side’s promotion was already confirmed the season before last.

In short, it’s a total mess, and sadly it’s likely to cast a shadow over the integrity of the Spanish game for years to come.