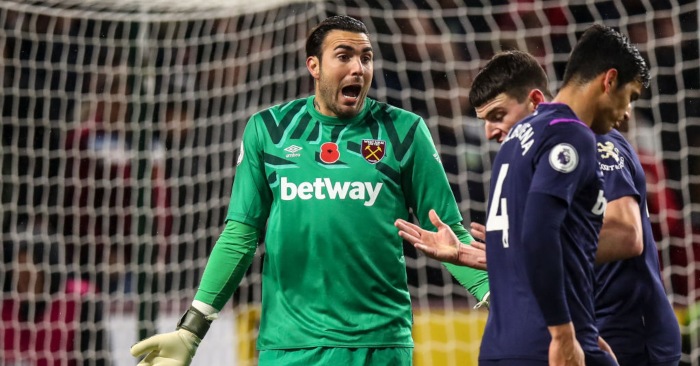 There is a crucial difference between childlike and childish, although they may prompt similar symptoms. ‘Childlike’ refers to an innate innocence, undisturbed by the travails of life. ‘Childish’ denotes the same carefree attitude but knowing the consequences of your behaviour, thus making it unhelpfully puerile. The distinction often lies in intention: the harder you try to be childlike, the more likely you are to err on the side of childishness. Which brings us to the London Stadium.

West Ham being bad at defending is nothing new. They have conceded fewer than 50 league goals in two top-flight campaigns since 1997. In an all-time Premier League table, West Ham are third for goals conceded, 34 and 40 goals behind Tottenham and Everton respectively; West Ham have played 166 fewer matches. In fifth are Aston Villa, who have conceded 83 fewer goals and played 42 more games.

This season, history repeated. Only two teams have allowed more shots on target than West Ham. Manuel Pellegrini is quickly being dragged down by the same defensive blindness that haunted his predecessors, and if it continues for much longer he will lose his job. Just another manager who couldn’t change the leopard’s spots.

Since beating Manchester United on September 22, West Ham have faced 44 shots on target in six matches. Not only is that comfortably the highest in the league, it is at least double the number of six other clubs. West Ham’s opponents in those six games: Bournemouth, Crystal Palace, Everton, Sheffield United, Newcastle and Burnley.

It is telling just how often this cycle repeats: promising league form immediately followed by defensive ineptitude against mediocre opposition. In 2014, West Ham won four league games in a row and kept four clean sheets in five before losing seven of nine and failing to keep a clean sheet in any of them. The next season, they won four in five and then endured a miserable stretch of one win in three months.

In 2016, a superb run of ten unbeaten league matches was followed by West Ham conceding 24 goals in nine games (three vs Southampton, four vs West Brom, Watford and Stoke City). At the beginning of 2018, a six-match unbeaten run was succeeded by conceding three to Brighton, four to Swansea and three to Burnley. And last season, West Ham won four in a row and then conceded at least twice to Watford, Burnley, Brighton, Bournemouth and Wolves in the next six weeks.

It is as if a run of victories persuades West Ham’s players and manager that they no longer need to work hard, track and protect the defence – watching Felipe Anderson convinces you on the theory. Defending is merely a chore before focusing on scoring goals.

The West Ham way is mostly a myth, used as a stick to beat the club with more than a claret-and-blueprint for their rigid ethos. In the 1980s and early 1990s they did play an attractive brand of football that won them neutral admirers, but to make that unique to West Ham – particularly in 2019 – is inaccurate. All football supporters want to watch their team play attacking football, and all reasonable football supporters would rather their team win matches than concede a raft of goals playing a certain brand of football.

Crucially, when drawing admiring glances West Ham hardly ignored the importance of defensive security and leadership. The two greatest players in the club’s history – as listed on the club’s website – are Bobby Moore and Billy Bonds, while Rio Ferdinand was arguably the greatest player of the academy-developed generation that included Joe Cole, Michael Carrick and Frank Lampard.

But it is also clear that a pressure to play attacking football has undermined and ultimately undone certain managers. Slaven Bilic promised to play the ‘right way’. In his first interview for West Ham’s official website after being appointed, Pellegrini referred to the same ethos: “I think that the team will play football that will delight the fans. I always play attacking football.”

That’s not quite true. In his two full seasons at Malaga, Pellegrini’s side peaked at 54 goals. In 2007 his Villarreal team finished fifth in La Liga when scoring only 48 times in 38 matches. The famous side that reached the Champions League semi-finals in 2006 scored more than once in just one of their 13 match in the competition and drew three of their six group matches 0-0. But that’s not the point: Pellegrini felt it necessary to stress his attacking credentials upon being appointed.

If managers have become coerced into attacking principles that undermine West Ham’s hopes of sustainable progress, the club are fully complicit in the flawed model. This season, West Ham have four senior central defenders, of which the perma-injured Winston Reid is one. Fabian Balbuena, Issa Diop and Angelo Ogbonna are Pellegrini’s only options, compared to a huge crop of attacking midfielders and forwards.

The willful blindness runs deeper: Since 2012, West Ham have spent more than £10m on 13 individual players. Of those 13, Diop is the only non-attacking player. He is an excellent young central defender, but he cannot do it alone. While those above them in the table have invested heavily on defenders, West Ham continue to be transfer market magpies, attention piqued by the shiny new attacking option.

And so back to the West Ham way, an honourable and pure intention that somewhere along the road became misinterpreted and so bastardised. Attacking, aesthetically pleasing football is nothing without foundations. Another season – and another manager – is being laid to waste.