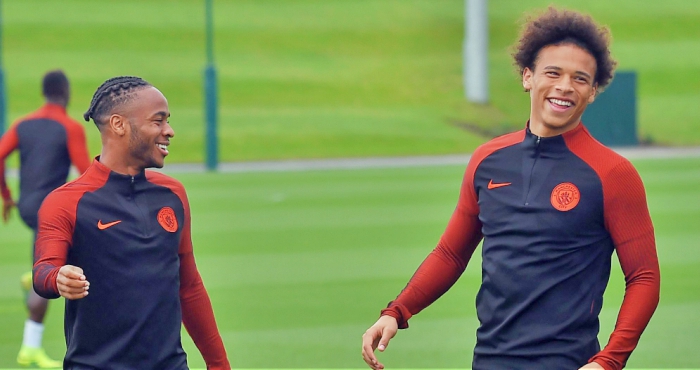 The one thing that almost everyone agrees with is that being 24 and being named Young Player of the Year is a nonsense. So here’s a list of nominations for those players aged 21 and under at the start of the season…

Wilfred Ndidi
He might only have arrived in January, but Ndidi merits inclusion for two reasons:

1) He has been the catalyst for Leicester’s resurgence under Craig Shakespeare, filling in for the all-running, all-tackling N’Golo Kante.
2) There are no players who deserve to be above him in this list.

The Nigerian doesn’t turn 21 until December, meaning he will be still eligible for the actual Young Player of the Year award in the 2020/21 season. He might well have buggered off to a big club long before then.

Tom Davies
The youngest player on this list, and the youngest player to have started more than five Premier League games this season. If you have a spare hour then Sarah Winterburn will tell you about picking Davies as her breakout star of the season back in August. It took him a while to feature under Ronald Koeman, but since then Davies and his swashbuckling, throwback style has been almost ever-present. Want to be scared? Davies was born on the same day that Michael Owen scored that goal against Argentina.

Leroy Sane
The first of two players who made the actual Young Player of the Year shortlist, Sane is quickly earning cult hero status among Manchester City supporters for his ludicrous pace and dribbling ability, combined with no little composure. Pep Guardiola may be criticised for City’s results this season, and rightly so, but with a potential forward line of Sane (21), Raheem Sterling (22) and Gabriel Jesus (20), there’s plenty of hope for a brighter tomorrow. Sane might be the best of the lot; Gary Neville certainly thinks so.

Raheem Sterling
The surprise omission from the actual list, given his improvement under Guardiola, Sterling hasn’t quite completed his post-Iceland, you-bastard-you-bought-your-mum-a-house redemption yet. But no player in the Premier League has had more touches of the ball in the penalty area, and Sterling has scored or assisted 17 goals in the Premier League and Champions League. Had City been challenging for the title, aided by a better defence and a central midfield not made of sawdust and PVA glue, Sterling would surely have been included.

Dele Alli
The 1/7 favourite to win the official award ahead of Romelu Lukaku, Alli is comfortably eligible for the Under-21 award and can count himself unfortunate not to be nominated for the main gong. He is the youngest player to score 15 or more goals in one of Europe’s top five leagues by a full three years, and managed 40 Premier League goals and assists combined before his 21st birthday. Beware crushing him with hype and unhelpful comparisons, but this boy is the business.

James Ward-Prowse
That difficult sixth slot. The full list of players eligible by age who have started five or more Premier League matches contains only 28 names, and Jason Denayer, Kelechi Iheanacho, M’Baye Niang and Adnan Januzaj did not come close to selection. So I went for Ward-Prowse, the oldest on that list of 28. He has established himself as a semi-regular in Southampton’s midfield following the departure of Victor Wanyama, and earned his first senior international cap for England. Is he winning this? Not a chance. But still.