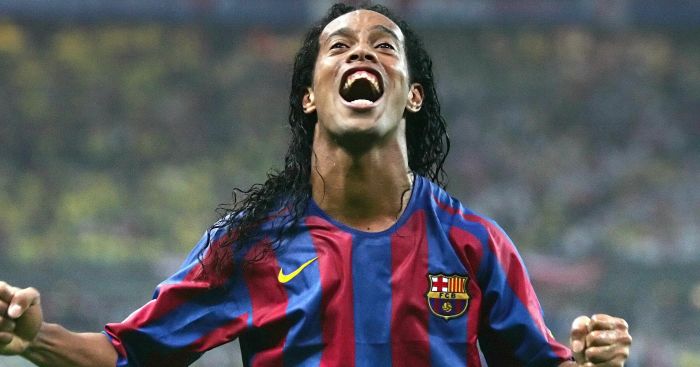 Former Barcelona president Joan Laporta has shed some light on the potential reason for Manchester United’s failure to sign Ronaldinho back in 2003.

Laporta claims that Ronaldinho – who was playing for Paris Saint-Germain at the time – was only a back-up option in case they didn’t sign David Beckham from the Red Devils.

A deal to bring Beckham to the Camp Nou was believed to be close on the eve of Laporta becoming the new president, however Beckham eventually signed for their bitter rivals Real Madrid.

Laporta suggests the move backfired for United as they were famously outbid for Ronaldinho by the Catalan club.

“It was between Beckham, Ronaldinho or [Thierry] Henry,” Laporta revealed to Marca. “United told us that they would sell him to us if we won the election as we didn’t have the power at that time.

“But they used us and in the end he signed for Madrid. We met at Heathrow Airport and signed a document which said that they would sell him to us if we struck an agreement with the agent.

“However, we didn’t manage to do that. We went to Nice and stayed with him and he said he would think about it. We got fed up of waiting on an answer, so we signed Ronaldinho instead.”

The rest is history.