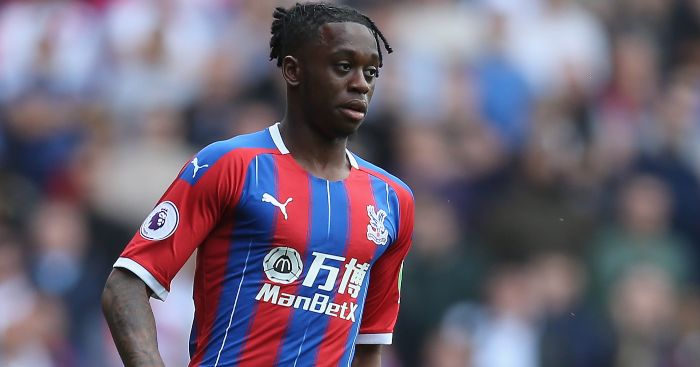 With his transfer to Manchester United wrapped up, we look at the scale of Aaron Wan-Bissaka’s move and which records require rewriting following the £50million deal…

Wan-Bissaka becomes the joint-most expensive English player ever
The right-back’s switch to United matches Kyle Walker’s move from Tottenham to Manchester City in 2017. The most-widely reported terms saw City pay Spurs £45million up front with £5million due in add-ons.

Wan-Bissaka’s transfer stands to eclipse Raheem Sterling’s switch from Liverpool to City for £49million and John Stones’ move to City from Everton for £47.5million, both in 2016.

Jordan Pickford’s £25million switch between Sunderland and Everton has not been usurped so much as blown out of the water. Wan-Bissaka’s deal is worth more than Pickford’s and third-placed James Maddison’s combined.

But Aymeric Laporte remains the record holder following the £57million deal that took him from Athletic Bilbao to Man City in January 2018. Laporte is still uncapped by France despite once being teased by Didier Deschamps with a place on the bench.

The right-back becomes the joint-fifth most expensive defender of all time
Wan-Bissaka isn’t even the priciest defender to move this summer. Lucas Hernandez’s £68million switch from Atletico Madrid to Bayern Munich is this year’s benchmark, though even that deal is put in the shade by Virgil van Dijk’s £75million Liverpool move last year.

After Hernandez comes Laporte, then footballer-cum-entertainer Benjamin Mendy, who joined City for £52million in 2017. Wan-Bissaka and Walker are joined in fifth place by David Luiz, who joined PSG from Chelsea for a reported £50million in 2014.

Harry Maguire could storm into the top three – and maybe knock Van Dijk off his perch – if Leicester get their way.

Aaron Wan-Bissaka's transfer to Manchester United will be the most expensive deal in history for a player with fewer than 50 senior appearances.

He becomes the most expensive 21-year-old ever signed by United
Obviously. The last holder of that title: Memphis Depay.

United have presumably done their homework on Wan-Bissaka to ensure he doesn’t become as thoroughly underwhelming as the Dutch winger, who moved from PSV Eindhoven for £25million in 2015. Just 18 disappointing months later, Depay was shipped off to Lyon.

Wan-Bissaka becomes the joint-fourth most expensive player to move between Premier League clubs
His, Walker’s and Fernando Torres’ £50million moves aren’t big enough to get in the top three.

Riyad Mahrez’s transfer from Man City was worth £10million more to Leicester, while £75million pair Romelu Lukaku and Van Dijk are tied as the most expensive deals between English clubs. Van Dijk was worth every penny and more. Lukaku? Not so much…

United have made Wan-Bissaka their fifth-most expensive purchase ever
Ed Woodward must be hoping that Wan-Bissaka reverses the trend of some bloody awful big spending.

Paul Pogba is United’s record signing and after three years mostly spent fannying about, he can’t wait to get out of Old Trafford. Lukaku has tried, bless him. Which is more than can be said for Angel Di Maria, who demonstrated all the resilience of a soggy copy of the Evening News in his one season at the club. Fred might still work out OK at £52million, with many South American players struggling in their maiden season in the Premier League. The signs don’t look good, though…

Wan-Bissaka becomes the biggest sale in Palace’s history
By a long way. Palace’s Wan-Bissaka windfall is double the £25million bounty they received from Everton in 2016 for Yannick Bolasie.

The third-highest fee the Eagles have received is from United for Wilfried Zaha in 2013, though the winger could eclipse Wan-Bissaka if he gets his way this summer.