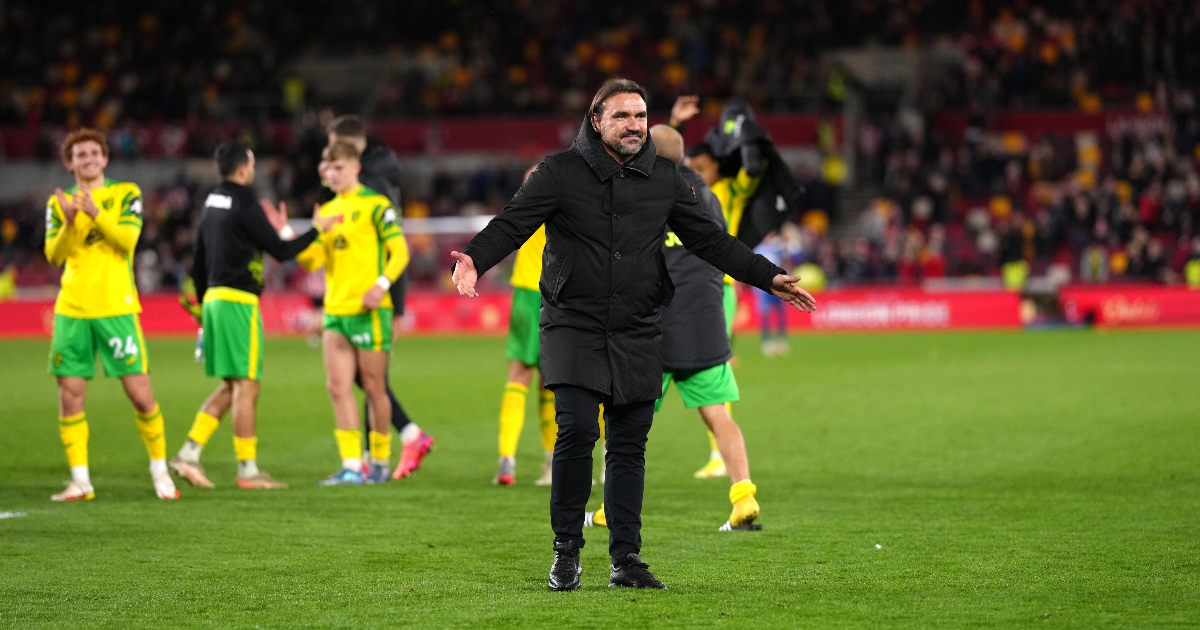 Danny Murphy believes Norwich City’s decision to sack Daniel Farke was the “right one” despite their 2-1 victory at Brentford on Saturday.

The Canaries have endured a difficult start to the season, spending the vast majority of the campaign bottom of the Premier League table.

However, they won their first league game of the season against Thomas Frank’s side on Saturday afternoon.

Hours later, the German head coach was relieved of his duties, surprising fans across the country after the impressive win.

Having said that, Norwich remain in a precarious position – briefly jumping above Newcastle in the table before the Geordies’ 1-1 draw at Brighton.

“International breaks are often a time when clubs release managers, if they’re thinking that way,” Match of the Day host Gary Lineker said on the BBC programme.

“They’d obviously made their mind up before the game, I would imagine.

“I can’t work out whether it’s a kind thing to do it after you’ve won a game or if it makes it more cruel?”

Declan Rice – future England captain and the boy next door…

Murphy then gave his opinion on the decision, saying the Canaries have been “too easy to play against” under Farke.

“It’s never good either way but he’s made some special memories at Norwich, 97 points last season when they bounced back.

“The problem is the first season (in the Premier League) they only got five wins and were relegated.

“They’ve spent more this time but the coaches job is to set up the tactics and the style, and it’s too much of the same.

“Too easy to play against, conceding too many goals – he’s done the same things. So they’ve given themselves time now, to have a fighting chance.

“I think the change was the right thing.”

Meanwhile, Frank Lampard has emerged as the favourite to replace Farke at Carrow Road.

Lampard has been out of a job since the start of the year after being sacked by Chelsea following a poor run of form.

He led Derby to the Championship play-off final, losing to Aston Villa at Wembley, and whilst at Chelsea, he achieved qualification for the Champions League in his debut season – despite being placed under a transfer embargo.