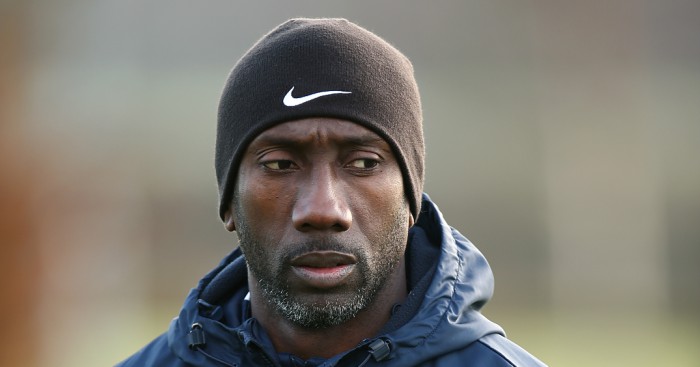 Strange thing, privilege…if you have it, you don’t know you have it, and are most likely to furiously argue that it doesn’t exist. It’s tempting, after all, to think that our successes are entirely down to our merit and achievement, and that our failures are down to some incredible unfairness. When you don’t have the life you think you deserve, it’s hard to accept that on average, you should have had things easy. This often isn’t wilful ignorance, but more reflective of the fact that on-average trends are hard to spot; we are creatures who give undue weight to anecdote without recognising that data is simply the plural of ‘anecdote’.

It’s hard to feel terribly sympathetic towards those bleating about the lack of opportunities for British managers at the best of times – as we have written before, their complaints about foreign managers taking the top jobs is largely unfounded. But when you consider that those touting themselves as hard done by are often also white, that sympathy diminishes even further.

That the FA announced this week that they will be rolling out a Rooney rule for all their vacancies really throws it into perspective. This comes just a week after an EFL pilot was extended from academies to all first-team vacancies, as had been trialled at just ten EFL clubs during the 2016/17 season

The rule is long overdue. Just five of the top 92 managerial jobs belong to people from black, Asian and minority ethnic (BAME) backgrounds. That’s a little over 5%, compared with a UK BAME population of around 13% according to the UK census, and more damningly, in spite of the fact that around 25% of players at those same clubs are black.

Clearly, there is something standing in the way of BAME players that is preventing them either from pursuing a career in coaching, or from getting hired into those roles. There are countless interviews out there with the likes of Luther Blissett, Brian Deane, Sol Campbell, Jason Roberts, Michael Johnson – the list goes on – that spell out why: when the colour of your skin means you’re not even going to get an interview, what’s the point?

After decades of black players being gradually but now almost wholly integrated into English football, you would have expected a roughly equivalent surge of black coaches once that first generation of black players retired; yet no such thing happened. It took until 2008 before the Premier League had its first black British manager – Paul Ince at Blackburn. In the ten years since, only Chris Ramsey, Terry Connor and Chris Hughton (yes, I know he played for Ireland) have followed, all of whom were only initially appointed as caretaker managers.

The point of checks and balances like the Rooney rule is to correct for unfairness, to gently apply a thumb to a scale that has tipped heavily in one direction for far too long. It is also always important to make clear that the Rooney rule is not a quota; no club is going to be dragged over the coals for continuing to hire white managers, and no chairman is being forced into hiring someone against their will. All it does is ensure that at least one BAME candidate will be interviewed for each vacancy. The cost to the clubs is 20 minutes of an interview panel’s time, while the potential benefits to a hugely underrepresented 13% of the population are massive.

It is a total no-brainer, but there are still alarmingly far too many people who respond to those numbers and those entreaties not with compassion, but with incredulity, such is the typical response of the obliviously privileged.

In 2014, when this issue was put to Jose Mourinho, he replied that there is no racism in football. Clearly this was an absurd claim; you only need to ask Patrice Evra, Anton Ferdinand or Rhian Brewster for strong evidence to the contrary, with Mason Holgate’s complaint against Roberto Firmino currently under investigation. This is only the tip of the iceberg.

If you’re mindful enough to keep an eye out for it, there’s plenty of racism still bubbling away beneath the surface of English football culture, from the barely-concealed dog-whistle treatment of Raheem Sterling in the tabloids (well-documented in countless editions of Mediawatch), to our tendency to animalise black players in our descriptions. As Carl Anka wrote in an excellent piece last year that you should read now if you haven’t already: ‘Think of how we talk about black athletes. Strikers are ‘beasts’. Defenders are ‘animals’. All too often black players are viewed in an animalistic prism. We are quick, we are strong, we are hard. We are rarely called intelligent or graceful. We are the hammer, never the scalpel.’

What Mourinho may have been getting at is that it is harder for coaches and clubs to be subconsciously racist as far as player recruitment goes. If a player is an exceptional passer, or has wonderful positional sense, or is especially fast, it is almost impossible to ignore those data, and thus much harder to overlook talented BAME players.

The problem the Rooney rule aims to counteract is that there are practically no clear-cut ways to objectively judge a manager’s performance, much less a coach’s – there are still plenty of people out there who won’t accept that Pep Guardiola is a great coach, for goodness sake – so it remains much easier for hiring decisions to be made on the basis of unconscious biases. Biases like black players being the hammer, never the scalpel. When a player has spent his whole career being praised for his physical traits and never for his brain, it is all too easy for the lazy-minded recruiter to assume them unintelligent and discount them at the first hurdle.

Perhaps this is changing. It used to be that BAME players practically never got to captain their sides, for exactly the same reasons, but five Premier League armbands currently rest on the arms of BAME players (Jason Puncheon, Wes Morgan, Vincent Kompany, Jamaal Lascelles and Troy Deeney). But even if indeed that does represent a slight shift in attitudes, we are unlikely to see the benefits naturally trickle into coaching for another five, ten or 15 years. In the meantime, the Rooney rule should go at least some way towards bridging that gap.

Hopefully it will work, and by 2030, coaching personnel will be much more representative of England’s racial cross-section. Despite how glib my next sentence will make this seem, that sincerely would be an achievement worth celebrating. And once we’re there, football’s Straight Men’s Club only has the other 55-65% of the population to go before we can stop talking about the privilege required to hold a top football coaching job.