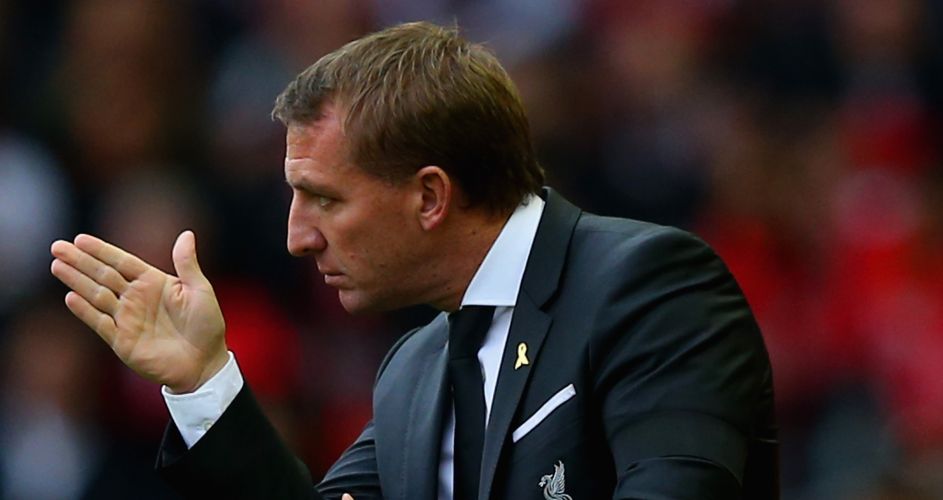 It already feels like there are three or four Premier League managers under huge pressure, with Brendan Rodgers and Dick Advocaat ‘vying’ to be the favourite in the betting. Must do better…

Brendan Rodgers (Liverpool) – 6/4
The heat is on at Anfield as Rodgers takes the role of favourite in the sack race for the first time this season. Liverpool have now won five of their last 18 matches in all competitions. The defensive frailties that have hampered the club throughout Rodgers’ tenure remain, but that issue is exacerbated by Liverpool’s distinct bluntness in the final third. The manager spoke of a need to “take risks”, but actions speak louder than words. Liverpool have scored four league goals, a total better than only Newcastle.

Next game
Liverpool face Carlisle in the League Cup on Wednesday and anything but a comprehensive victory will see the pressure on Rodgers increase.

It might not be a simple task, given Liverpool’s poor record against lower-league opposition at Anfield. Northampton Town knocked them out on penalties in this competition in 2010. Liverpool have also struggled to see off Middlesbrough and Notts County in recent seasons. Carlisle, the country’s top scorers with 17 goals, will fancy a repeat showing.

After the League Cup, Aston Villa come to Anfield with just one league win to their name – the opening-day success at Bournemouth – but their fine recent record at Anfield will again make supporters nervous. Villa have managed two wins in their last four away games against Liverpool, who have not beaten Sherwood’s side at home since 2010.

Whose fault is it?
Brendan has got to take the blame for Liverpool’s struggles.

Having talked his way out of the sack in the summer, with his assistant Colin Pascoe and coach Mike Marsh getting the chop instead, Rodgers must take the blame for this start. Pointing at Gary McAllister and Sean O’Driscoll with his eyebrows raised would be a ballsy move, even for him.

The only thing saving Rodgers is the trust placed in him this summer. That faith allowed him to bring in seven players at a cost of over £80m, and may well see Liverpool’s hierarchy take a view three months into the season rather than seven or eight weeks.

That’s certainly the view of Jamie Carragher, who has been highly critical of Rodgers recently.

“If you give him that much money, and then say after eight league games you want to make the change, you just think you should have just done it in the summer,” he said. “You’ve backed him with the money, he has got to get longer than eight to 10 games, probably closer to Christmas.”

What do the fans think?
The growing wave of opinion is that Rodgers’ time is up. Taking the view of social media as a barometer of reasoned thought is a dangerous game, but the presence of Jurgen Klopp casting a shadow over Anfield has done much to quieten the pro-Rodgers camp.

Dick Advocaat (Sunderland) – 2/1
Dick Advocaat was persuaded to take the Sunderland job after initially rejecting the opportunity. Always go with your first answer. The Dutchman has spent much of the intermediate period speaking publicly about just what’s wrong with the club, an exercise that could go on for months without repetition or hesitation.

Advocaat has been the consistent favourite almost since the start of the season, and there is a distinct possibility he could decide to walk at any time.

“Lets be clear, if I feel that it is better for somebody else to take over then I will go. Believe me,” he said on Tuesday.

Next game
Just the two Manchester clubs up next. Sunderland face Man City at home in the cup and Manchester United away in the league. While those might look like nightmare fixtures for the Dutchman, at least there will be very little pressure on the Black Cats.

City will undoubtedly wheel out the second string at the Stadium of Light and Sunderland might well rise to the occasion having struggled to get up for games against lower-league opposition in the cups in recent seasons.

If Advocaat can get a positive result then they can move on to kick-starting the season against West Ham and West Brom.

Whose fault is it?
It’s a difficult one. Do you lay the blame at Advocaat’s door or the owner Ellis Short for asking the Dutchman to return?

Let’s face it, the worst thing that Advocaat did was return as boss. He was appointed on a short-term basis and did a fine ‘Red Adair’ job in keeping the Black Cats in the Premier League and his decision to walk away looked a shrewd one.

“Quality not quantity,” was the demand from Advocaat,who oversaw the arrival of seven new recruits – but whether any of them are ‘quality’ remains to be seen. Let’s just say we’re unconvinced.

What do the fans think?
The majority of Sunderland fans are behind the manager, but there have been the odd murmurings of ‘Dick out’ on Twitter. I’ve stopped taking that as an order.

Steve McClaren (Newcastle) – 5/1, ranging to 8/1
Another manager without a win this season and McClaren can be backed at a high of 8/1. Unlike Advocaat, there’s been no hint from the former England man that he would step aside.

McClaren, like Advocaat, was only appointed in the summer but it will be the Newcastle board that will decide whether he has a long-term future on Tyneside.

Next game
The Magpies take on Sheffield Wednesday in the cup before tackling the champions at home.

They are two hugely important games for McClaren, who must see the cup competitions as crucial to his fortunes this season. An early exit to the Owls would be a disaster – Newcastle fans are tired of their club shunning the cups in favour of league regression.

Nobody will expect the goal-shy Magpies to get anything against Chelsea, but a defeat against Championship outfit Wednesday would pile the pressure on McClaren.

Whose fault is it?
One win in 17 games, dating back to last season, means there were huge problems before McClaren arrived at the club.

That said, the manager’s recent record is appalling, after cocking up Derby’s promotion bid last season. Five new signings have arrived for around £40m, only increasing the pressure.

Whether this dire start is a continuation of  the rotten stench that hung over the club last season or indicative of McClaren’s inability to take them forward remains to be seen.

What do the fans think?
There’s a rather pathetic ‘McClaren Out’ Twitter page with just eight followers. That tells the story; there is still plenty of support for McClaren.

Tim Sherwood (Aston Villa) – 8/1
Sherwood was chipper last season after guiding the club to the FA Cup final and Premier League safety, but he’s not been quite his normal self this time around.

Next game
A home League Cup game against fierce rivals Birmingham is the last game Sherwood would want after four defeats in his last five Premier League games.

Villa, who need to rest players ahead of the weekend date with Liverpool, are on a hiding to nothing at Villa Park. A defeat would see a huge black mark put against his name by the Holte End.

Whose fault is it?
I’d like to point wholly in the direction of Mr Sherwood – but that I think would be unjust.

Losing Delph and Benteke would have made it difficult for anyone in charge. Jordan Amavi and Scott Sinclair look like being good signings, but the jury is out on the other new recruits.

Owner Randy Lerner is eager to sell the club he bought in 2006 and he has been desperately clinging to the purse strings. Sherwood is working to a pretty tight budget.

What do the fans think?
The Villa faithful are standing by Sherwood for the time being. There have been suggestions that he should quit, but he’s still got the majority of fans on side after last season’s Wembley appearance.

Jose Mourinho (Chelsea) – 16/1, ranging to 33/1
Saturday’s win over Arsenal and the Diego Costa controversy has nicely taken the heat out of the situation for Jose Mourinho.

The Chelsea boss was having to field questions about his future in the build-up to the game. Two wins, six goals and two clean sheets in four days changed that mood.

Next game
Chelsea visit Walsall in midweek in the cup before a trip to Newcastle at the weekend.

Two victories should be the order of the day for Mourinho as he bids to get the champions back on track, although his recent record on Tyneside is appalling.

Whose fault is it?
It’s hard to point the finger at Mourinho when you consider they walked to the title last season.

There have not been any big departures bar Petr Cech, but he recognised that he needed to improve his squad. That ambition was ultimately unsuccessful.

Too many of his key players have been out of form, a buck that will ultimately stop with the manager, but the lack of signings seems to have caused a fog of fatigue to fall over Chelsea’s squad. Going again is an awful lot harder than going.

What do the fans think?
The fans have been understandably quiet and there has certainly not been any calls for P45s to be printed off.

The papers linked the Portuguese boss with a possible switch to PSG at the weekend, but Mourinho has been insistent that he will not quit Stamford Bridge and his name has been chanted all season.