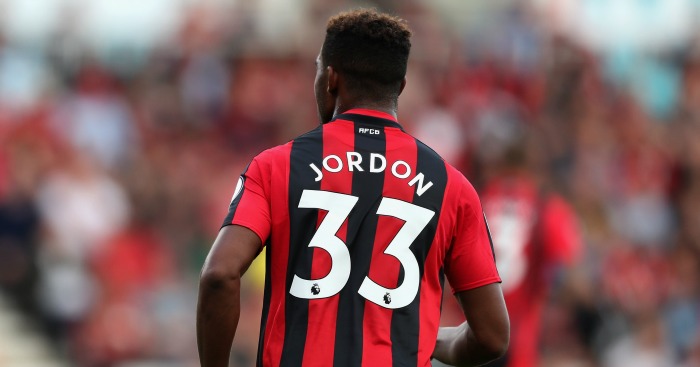 Jacob Murphy (Norwich City to Newcastle United, £12m)
Rafael Benitez was spectacularly shortchanged by Newcastle United owner Mike Ashley this summer, but did at least get to drop some dollar (that’s how we talk now) on Norwich winger Jacob Murphy. Murphy is 22, still has only six caps for England’s Under-21 team and is light years away from the national team. Such is the premium for English players, including those in the Championship, Newcastle were forced to overpay.

It’s still very early days, but Murphy will soon want to kick on at Newcastle. He’s played 12 minutes in their three Premier League games, and is yet to create his first chance for the club.

Patrick Roberts (Fulham to Manchester City, £12m)
‘Who are the six likely new England caps?‘ asked Daniel Storey in the summer of 2016, as he nursed a broken heart due to the failure of the national team at Euro 2016. To his credit, he got Michael Keane, Aaron Cresswell and Nathan Redmond right.

Numerous other contenders were discussed. Jesse Lingard was mentioned, as was James Ward-Prowse. What about Jamaal Lascelles or Joe Gomez? Or Saido Berahino? When Josh Onomah was suggested, we all agreed to go our separate ways.

Matt Stead advocated the inclusion of Patrick Roberts. It was a joke initially, but he slowly convinced himself that it could happen. A talented 19-year-old who developed under the supervision of one Brendan Rodgers away from the spotlight of Premier League football in Scotland?

Of course, Roberts is far from the England set-up. But the winger is a national-team regular at various age groups, has (albeit limited) Premier League and Champions League experience and, when signed by Manchester City for £12m from Fulham in summer 2015, became the most expensive uncapped player the country had produced at the time. Now he’s back at Celtic again.

Jordon Ibe (Liverpool to Bournemouth, £15m)
“At that age you have to play. They had the possibility to do that [with Bournemouth] and they were deals that absolutely made sense for both sides. We will watch them, they will have pressure there, they will fight for the league or whatever, and we will see them growing up in pressure situations. That’s perfect.

“Now Smith and Ibe are there and we have buy-back clauses. Hopefully they do really well and then in the end we and them will decide.”

Not sure you’ll need those buy-back clauses, Jurgen. Poor Jordon can hardly get a game at Bournemouth. It’s because he isn’t very good.

Sam Clucas (Hull City to Swansea City, £15m)
The assumption when looking at Clucas is that he’s 22 years old, a fresh-faced lad looking to make his way in a Premier League world. In fact, he has only appeared on your radar recently because he came through the divisions with Hereford United, Mansfield Town and Chesterfield. Clucas turns 27 later this month.

Which all makes his £15m transfer to Swansea City slightly eye-watering, the result of Hull City realising that Paul Clement had Gylfi Sigurdsson money burning a hole in his pocket and Swansea needing central midfielders. And then they went and signed Renato Sanches on a season-long loan for next to nothing. Funny old game.

Harry Maguire (Hull City to Leicester City, £17m)
Many questioned the fee placed on Maguire’s burly shoulders. This, after all, was a player with just one cap at England youth level – for the U21s in 2012 – and he featured 29 times as Hull slipped into the Championship. There were many more factors as to why Hull could lay claim to having the most porous defence in the top flight last season, conceding 80 goals, and while Maguire is at the bottom of that list, he is still on it.

But then you remembered that Leicester’s current centre-half pairing is Wes Morgan and Robert Huth, two physically dominant, powerful players who are capable of winning headers against any opponent, and you realised that Maguire will win the Premier League with them next season.

And then you watched on as the summer transfer window tore up the rulebook for the sort of transfer fees we must now judge as normal, and suddenly Maguire’s fee looked pretty cheap.

Gray scored seven non-penalty league goals last season, and four of those were against relegated Sunderland and relegated Middlesbrough. In fact, he scored only twice against clubs who finished outside the bottom seven, the second goal against Liverpool in August and a 90th-minute penalty against Arsenal in January. If you want a striker to score some – but not many – goals against bad defences but look worrying blunt against other sides, Gray’s your man. For £18.5m.

Jordan Pickford (Sunderland to Everton, £25m)
Unfortunately for Maguire, he did not spend any time boasting the illustrious moniker of ‘most expensive uncapped Englishman ever’. That honour was bestowed upon Jordan Pickford mere minutes before.

Before the Sunderland keeper had even signed on the dotted line to move to Goodison Park, the £25m fee involved in bringing him to Merseyside was questioned. But he could conceivably be Everton’s keeper for well over a decade, has already proven his capabilities in a poorer Premier League side, and has a bloody mean side-volley. Watch and swoon.