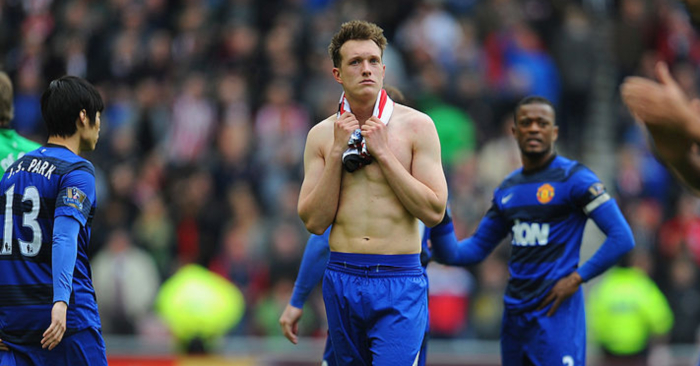 Whoever wins the Premier League title, we are pretty much guaranteed to have the best runner-up in history. Liverpool or Manchester City will join these sensational bridesmaids who could not quite make it down the aisle themselves first.

Honourable mention: Newcastle, 1995/96 (78 points)
Everyone knows the story: Newcastle led the Premier League by 12 points in January of the 1995/96 Premier League season. Liverpool were in second, and Manchester United were in third. David Ginola, Peter Beardsley, Les Ferdinand and Philippe Albert formed part of the most exciting team to ever grace England’s top flight. Kevin Keegan was their leader, triumphing over the evil that was Ferguson’s United, who were still aching from the drama a year earlier.

Then came the collapse. Newcastle won one and lost three of five games from late February to early April. Level on points with United heading into a game in hand against Liverpool in April, the Magpies had an opportunity to regain the initiative. One of the greatest games in the history of the Premier League unfolded, ending with Keegan slumped over the advertising boards at the sight of a last-minute Stan Collymore winner. United won seven of their last nine league games to win a third league title in four campaigns. The Entertainers had thrown it away, and Keegan didn’t “love it, love it”.

Manchester United 2009/10 (85 points)
United came within a single point of becoming the first club to ever win four consecutive English top-flight titles in 2010, but Carlo Ancelotti raised a dismissive eyebrow at Sir Alex Ferguson’s attempts to dethrone him as Chelsea became the first Premier League side to score 100 goals in one campaign.

Four defeats in nine games from October to December ended up costing United, who went top on April 24 but saw Chelsea win both their game in hand and final two matches to win a first Jose Mourinho-less Premier League crown.

It didn’t help United that Rooney was their top league goalscorer (26) with more than half that of anyone else. Dimitar Berbatov was second with 12, followed by own goals on 11.

Chelsea, 2007/08 (85 points)
Whatever your thoughts on Manchester United, their efforts in the 2007/08 season should be praised by all those involved in football. Had Sir Alex Ferguson’s men not won the double of Premier and Champions League that year, Avram Grant would be either a) a Premier League-winning manager, b) a Champions League-winning manager, or c) both. The Israeli would be Real Madrid boss, not technical advisor for Indian Super League club NorthEast United FC. That is a dark, scary alternate reality where Jose Mourinho’s departure leads to an instant upturn in short-term results. Just imagine.

Defeat in the penalty shoot-out of the 2008 Champions League final was still to come for Grant’s Chelsea, who had parted ways with Mourinho the previous September.  But there was still domestic heartache in store, again courtesy of United. Just two points separated the Blues from Ferguson’s side by the end of the season, with Chelsea losing fewer games but drawing a pretty sizeable ten.

Tottenham, 2016/17 (86 points)
Remember when Tottenham bottled the Premier League title by winning 12 of their last 13 games and falling short of what was then the second highest points total in the competition’s history?

Mauricio Pochettino’s side had tussled for the title with Leicester the previous season before inexplicably and hilariously finishing second behind Arsenal, but history would not repeat itself 12 months later. They kept a frankly ludicrous pace with Antonio Conte’s winning Chelsea machine but four consecutive draws from October to November really did end their challenge before it even started. Still, they scored the most goals (86) and conceded the least (26) but still finished seven points off the top, which does seem remarkably Tottenham.

The answers to each of the above have to be the latter. Luis Suarez was incredible in the 2013/14 season, but the Fernando Torres of 2008/09 was simply lovely. Brendan Rodgers was an affable but clearly talented goon when narrowly missing out on the title, but Rafael Benitez was the patently better manager. The more defensive Gerrard was not a patch on the version which pushed Liverpool to another level. And did Aly Cissokho score against Real Madrid and Manchester United in the same week?

But while the 2008/09 version of Liverpool was a carefully crafted machine with an excellent core group of players, the 2013/14 title challengers were bloody brilliant. The Reds scored 101 goals yet conceded 50. They scored at least four goals in eleven games, and completed league doubles over eight teams. They boasted the top two league goalscorers, as well as the top two assist-makers. Rodgers won the Manager of the Month award twice, while Liverpool provided four of the nine Players of the Month, even sharing one between Suarez and Gerrard. They – or rather the Uruguayan – himself – scored three of the total eight hat-tricks in the Premier League that season.

All of that, and their captain could not control a simple pass from Mamadou Sakho without losing his footing. For fu…

Manchester United, 1994/95 (88 points)
There have been just two English champions based outside of Manchester and London in the last 27 years. Leicester made history in 2016, but just over two decades earlier Blackburn secured a rather more predictable success.

Kenny Dalglish’s Rovers owed much of their title to the ‘SAS’ strike partnership, with Alan Shearer and Chris Sutton plundering 49 of the club’s 80 goals between them. But despite their best efforts, Blackburn could never quite shake off the challenge of United, two-time reigning Premier League champions. Two points separated the two teams heading into the final day; would Alex Ferguson’s men condemn the Lancashire club to runners-up for the second consecutive season?

Nearly. Liverpool did their bit, beating Blackburn with a last-minute goal from Jamie Redknapp. United required only a victory at West Ham, 13th in the table, and with nothing to play for, to claim the title. But Ludek Miklosko. Ludek bloody Miklosko. The Hammers goalkeeper thwarted Andy Cole, prevented Lee Sharpe and frustrated Mark Hughes at Upton Park to secure a 1-1 draw. United’s 88 points was more than they managed in eight of their Premier League title-winning campaigns, but Blackburn crawled over the line.

Manchester United, 2011/12 (89 points)
Fewer than two points have separated the Premier League champions from the runners-up on four occasions. Poor Manchester United. They pipped Arsenal to the title by one point in the historic 1998/99 season, but in each of the other three instances they have been the victims, not the beneficiaries. Arsenal beat them by one point the previous campaign, and Chelsea finished on 86 points to United’s 85 in the 2009/10 season. But the 2011/12 season was the most bitter of pills to swallow.

Just once has goal difference come into play in deciding the destination of the Premier League title. After holding an eight-point advantage in April with six games remaining, United suffered a collapse unbefitting of a Ferguson side. A 1-0 defeat to Wigan allowed City to close the gap to five points. A 4-4 draw with Everton shortened that even further to just three. Then Vincent Kompany’s big old head put City top. Level on points on the final day, United faced – and beat – Sunderland, while City took on relegation-embattled QPR at home. Losing 2-1 heading into injury time, Edin Dzeko drew the scores level. Then…AGUEROOOOOOOOOOOO.