Home F365 Features The six most expensive youth-team products ever 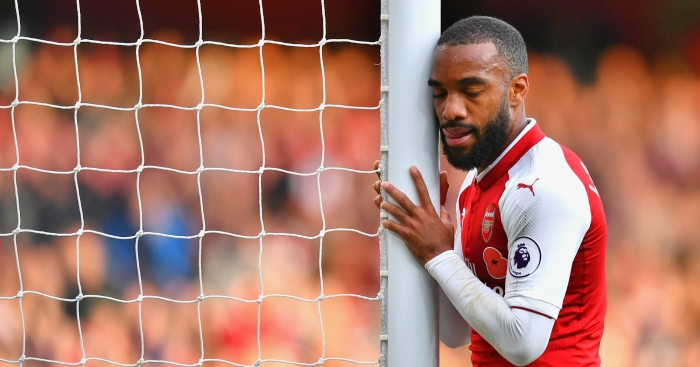 The rules are simple: to qualify, the player must have joined when they were twelve or younger, and spent at least three years in the club’s youth system before being sold.

Andy Carroll (£35m)
After making seven substitute appearances in the latter half of Newcastle’s 2006/07 season, Andy Carroll was primed to make his breakthrough. His first goal at senior level would come that summer, netting in a 2-0 friendly victory over Juventus St James’ Park. Gianluigi Buffon never knew what hit him.

“Carroll played like what we call in Italy a paintbrush striker,” said the legendary Italian afterwards. “He was there to add the finishing touch. He played well on his own. He will be an asset.” Not that Sam Allardyce was taking notice; the then-Magpies manager was busy accusing Buffon of “common assault” after a first-half foul on the teenager.

For Peter Kirkley, former Newcastle head of youth recruitment, it was a sweet moment. “A lot of people didn’t want him to stay,” he once recalled of a player seen by coaches as “ungainly and untidy”. Carroll was 14, had spent three years in the club’s youth system, and was struggling as a left-winger. Kirkley gave him a chance, overseeing a change of position to a more central role.

It was a decision that led to what is still Newcastle’s record player sale. By the time Carroll left in 2011 after ten years at the club, he had scored 34 career goals. Liverpool valued each at £1m, and added a bonus for good measure. It was weird then, and it is bloody surreal now.

Federico Bernadeschi (£35m)
At least Federico Bernardeschi had impressed over a couple of seasons before his expensive uprooting. The Italian had shown glimpses of immense potential on loan at Crotone before Fiorentina proceeded to throw him in at the deep end of regular Serie A football. The forward took to it like a duck to water.

Juventus took note. After 14 goals in 42 games in 2016/17, Bernardeschi moved to Turin as one of Europe’s “most promising attacking talents”. A disappointing season disrupted by injury has harmed his momentum, but perhaps not for much longer.

Vinícius Júnior (£39.6m)
A three-year veteran of Flamengo’s youth team by the time he was called up to Newcastle legend Claudio Caçapa’s Brazil U15 squad in 2013, Vinícius Júnior has been seemingly fast-tracked to stardom. He is the most expensive player born in the 21st century, the second-most expensive ever signed from the Brazilian leagues, and the fourth-most expensive uncapped player in history.

The younger of the many Vinícius’s was just five when he joined Flamengo’s youth set-up. He moved in with his uncle to be closer to the club’s training grounds, and combined time in their academy with futsal classes. At the age of nine he attended an unsuccessful Flamengo futsal tryout, taking their advice to return a year later when his potential had been honed to a greater degree. He did so, but this time for a football trial, and was immediately signed up. Brazil’s youth tournaments had no idea what was about to hit them.

It was a star turn at the 2017 South American U-17 Championship that truly turned heads. Vinícius, three years below the maximum age, was the tournament’s top goalscorer and best player as Brazil lifted the title. The echoes of Neymar were impossible to ignore as Real Madrid and Barcelona again set about doing battle for the country’s hottest prospect.

Real won the race, agreeing to spend £39.6m to sign Vinícius ten days after he made his first senior appearance; the teenager was yet to start a single first-team game. Flamengo landed themselves quite the return on minimal investment.

Alexandre Lacazette (£46.5m)
Particularly for a striker, Alexandre Lacazette’s timing could not have been worse. By the time he made his Lyon first-team debut in 2010 after eight years in the club’s development system, Les Gones were in the process of toppling from their perch. They won seven consecutive Ligue Un titles from 2001/02 to 2007/08, but not a single league championship in the subsequent eight after Lacazette’s breakthrough.

It is a cruel quirk in an otherwise phenomenal spell with his hometown club. Lacazette won just a Coupe de France and a Trophée des Champions with Lyon despite scoring 100 goals in 203 league games. His last three campaigns saw him register a ludicrous 91 strikes in 129 appearances.

When Lacazette left to become Arsenal’s record signing in 2017, he had long established himself as a Lyon legend. Less talented players have won far more trophies at the club, but few deserved them quite as much. Lacazette (129) sits behind only Fleury Di Nallo (182) and Serge Chiesa (134) as the third-highest goalscorer in Lyon history.

Neymar (£71.5m)
The figure at the time was declared as £49m, the actual fees involved when taking into account legal wranglings and tax disputes was closer to £200m, and the official price was revealed in 2014 to be £71.5m. Regardless of which number you choose to believe, Santos managed to translate ten years of hard work into an eye-watering sum.

Neymar joined Santos in 2003 at the age of 11, having enjoyed a brief spell at nearby Portuguesa Santista. After six years in the Santos set-up, the Brazilian was thrust onto the world stage and has not looked back since.

A haul of 136 goals in 223 games led to inevitable interest from across Europe. West Ham failed with a £12m bid in 2010, Chelsea had a £20m approach knocked back later that same year, and Real Madrid, as they often do, were lurking. Barcelona pipped their bitter rivals to the post however, and Santos were generously rewarded for a decade’s worth of hard work.

Kepa Arrizabalaga (£71.6m)
There is a reason for Athletic Bilbao’s conflicting emotions. Their statement confirming the imminent departure of goalkeeper Kepa Arrizabalaga noted that his is “an unwanted exit”, but one that gives them a “sense of pride”. This is one of their own flying the coop, braving a different world alone. Happiness is tinged with sadness as they bid him farewell.

Kepa joined Athletic in 2004 aged 10, and has risen through their development ranks to become their first-choice goalkeeper and a Spain international. He has been a resounding success, an example of what can be achieved when a club not only accepts but embraces its natural role in football’s food chain.

Athletic wear the derisory phrase ‘selling club’ as a badge of honour. There are few better in this line of work. They have now squeezed club-record fees out of two Premier League clubs in 2018 alone, generating a combined £128m from the sales of Kepa and Aymeric Laporte. The latter’s brief youth spells in France rule him out of this list, but Kepa is as homegrown – and as expensive – as they come.