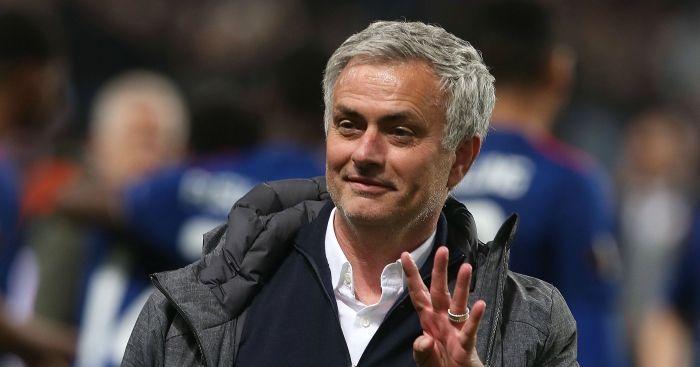 Sixth youngest – Aston Villa 4 Manchester City 2 (August 2008)
The 2008/2009 season was a transformative one for Manchester City. Khaldoon Al Mubarak and his Abu Dhabi United Group completed their takeover of the club on September 1, with a fortunate Mark Hughes afforded a purring little transfer kitty.

The Welshman had to cope with a slightly different squad before that investment however, and the first game of the campaign came against Aston Villa at Villa Park. He named a starting XI with an average age of just 23 years in a 4-2 defeat. Martin Petrov was the elder statesman at 29; Micah Richards, Michael Johnson, Kelvin Etuhu and Ched Evans were all 20 or younger.

Fifth youngest – Manchester United 3 Leeds 0 (October 2000)
David O’Leary had a decent reason for naming a Leeds starting XI with an average age of just 23 years against Manchester United at Old Trafford in October 2000. Just three days before, the Whites faced Besiktas in the Champions League first group stage; three days after the 3-0 defeat to United, they hosted Barcelona at Elland Road.

The gamble, in a fashion, paid off. Leeds drew both Champions League games, progressing from the first group stage and into the second. Their journey would eventually end in the semi-finals, and they would finish fourth in the Premier League. Not bad.

Fourth youngest – Sunderland v Arsenal (May 2008)
At 31 years old, Gilberto Silva must have felt like the designated driver when Arsenal travelled to the Stadium of Light for the final day of the 2007/08 season. The closest to the Brazilian in terms of age in Arsene Wenger’s starting line-up, which had an average age of 22 years and 11 months, was 24-year-old Emmanuel Eboue. The bench featured one 20-year-old, two aged 18 and two aged 17, and 19-year-old Theo Walcott scored the only goal of the game.

As an aside, of the ten youngest starting XIs in Premier League history, Arsene Wenger and Arsenal account for four. No other manager has named more than one, and Everton are the only other club to account for more than one (two).

Third youngest – Manchester United 2 Crystal Palace 0 (May 2017)
This one is a little more fresh in the memory. Joel Pereira (20), Demetri Mitchell (20), Scott McTominay (20) and goalscorer Josh Harrop (21) made their first-team debuts against Crystal Palace at Old Trafford. Axel Tuanzebe (19) and Timothy Fosu-Mensah (19) also started as Jose Mourinho showed his faith in the kids by naming a starting XI with an average age of just 22 years and nine months. Wayne Rooney, at 31, was the babysitter as United cruised to a 2-0 victory, with the Europa League final just three days later. The starting XI in that victorious evening against Ajax had an average age of 27 years and six months.

Second youngest – Portsmouth 0 Arsenal 3 (May 2009)
Just as Wenger used the final throes of the Premier League season to give the youngsters an extended chance in the previous season, the Frenchman named the second youngest starting XI in the competition’s history exactly 12 months later. Few would have seen Andrey Arshavin’s pre-pubescent looks and expected him to be the oldest member of this starting XI, whose average age was 22 years and eight months.

Nicklas Bendtner, then just 21, struck twice against Portsmouth at Fratton Park, while a 20-year-old Carlos Vela also found a way past David James. At 38, the former England international was over double the age of 18-year-old Aaron Ramsey.

Youngest – Fulham 1 Middlesbrough 0 (May 2006)
Let it never be forgotten that Jose Mourinho was just copying Steve McClaren. The Portuguese named a weakened starting XI in preparation for an upcoming Europa League final more than a decade after the Eredivisie’s finest ever coach tried the trick in the UEFA Cup.

If Mourinho thinks that the Premier League held his United side back in terms of their Europa League arrangements, he should try walking a day in Steve’s shoes. Where United played six games in 21 days leading up to their date with Ajax, Boro played seven in 21 ahead of their clash with Sevilla. Both teams played 64 games throughout the whole season, and McClaren spent £9.3million, not £150m, the previous summer.

Boro also had three games in between their final Premier League game and the UEFA Cup final, and McClaren chose to name a starting XI with an average age of 20 years and six months against Fulham. Seven teenagers were joined by a 20-year-old Danny Graham, two 21 year olds, and a 27-year-old Malcolm Christie. Second-half substitute Colin Cooper, then 39, was more than twice as old as seven starters.