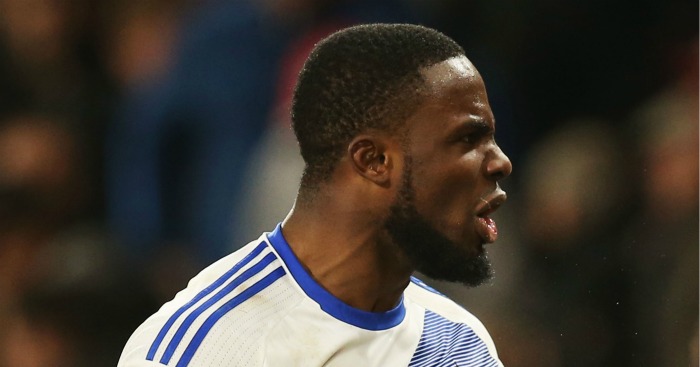 Watford defender Christian Kabasele says that Victor Anichebe is the striker who has given him most trouble in the Premier League.

Kabasele has only played 11 league games since arriving in England, including 59 minutes in a 1-0 defeat against Anichebe’s Sunderland.

The Belgian has faced Alexis Sanchez, Harry Kane and Romelu Lukaku, but gave a surprising answer when asked who his toughest opponent was.

“I was mentally prepared to take the plunge of coming to England,” Kabasele told RTBF.be in Belgium.

“I did not have too many problems with the pace of the matches, even if the attackers are much faster than in Belgium. Dealing with a [Sergio] Aguero, [Diego] Costa or [Sadio] Mane does not leave you a second of respite, so I need my ability to catch up with attackers who have gone past me.”

“But for defenders unused to English football – and Watford’s squad has plenty – the biggest challenge is not normally on the floor but in the air.

“I had the most trouble against Victor Anichebe. But for me Romelu (Lukaku) is the best striker in the Premier League.”

David Moyes will allow himself a wry smile, before popping that tenner into an envelope and sending it to Vicarage Road for the attention of a ‘C. Kabasele esq.’.