Home Mediawatch The Sun shifts the Sterling blame onto the supporters 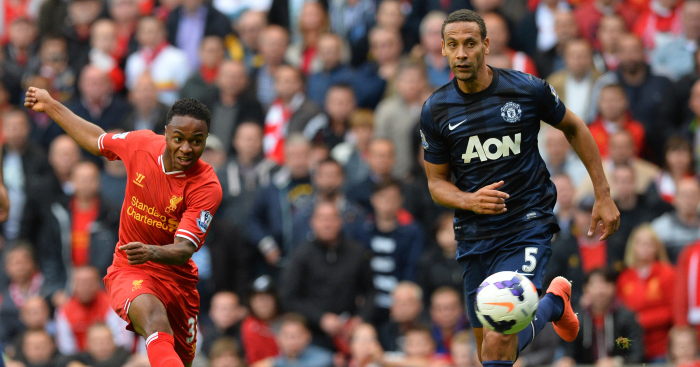 Emergency award
‘In 15 years of the FA’s men’s senior player of the year award, only one black footballer has ever won it,’ begins Neil Ashton’s column for The Sun, as Mediawatch promptly straps itself in. This is quite the serious subject for an international break Friday.

‘It was Ashley Cole in 2010 – the only BAME footballer to be named the best England player.

‘It is a remarkable statistic, given the diverse make-up of the England team down the years.

‘Since the first award in 2003, when David Beckham won it, Cole remains the only non-white footballer to win it. Given the stature of players like Sol Campbell, Ledley King, Rio Ferdinand, Dele Alli and Raheem Sterling, it does seem odd that they have never come close to being honoured.’

Does Ashton actually pick a year when Cole, Campbell, King, Ferdinand, Alli, Sterling or any other black player clearly deserved to win the award instead of any of the above? Does he heck.

Considering complete top threes were not named for six of those awards, that does not seem particularly bad going.

But you would be forgiven for the confusion at Ashton questioning why black footballers have seemingly not been recognised in terms of individual awards in recent years. After all, he raged against the idea that the media machine was holding Sterling in particular back due to the colour of his skin.

Has Ashton changed his mind in a rare show of public introspection? Or is he simply shifting the blame elsewhere?

‘Instead the award, which is voted for by England fans, is an almost exclusive preserve of elite white England footballers.’

The ‘which is voted for by England fans’ is an absolutely sensational aside, blaming supporters for subconscious racism instead of the poor, persecuted media.

To the fella in the back pointing out that many of those ‘England fans’ are influenced by what they read in newspapers – such as the nation’s best-selling Sun, for example – that’s beside the point and completely unimportant. Please do hush.

‘The 2017 and 2018 award was won by Harry Kane, and few would argue after he captained his country to a World Cup semi-final.

‘On reflection, perhaps Ferdinand, who claimed Sterling would not be in with a shout of major honours because of his skin colour, actually had a point.’

On reflection, perhaps you have taken a perfectly legitimate point completely out of context in yet another piss-poor attempt to point the finger elsewhere. Ferdinand did not ‘claim Sterling would not be in with a shout of major honours because of his skin colour’, he noted that “if Harry Kane was doing what he was doing then we are all talking about Harry Kane being the European Player of the Year.”

And we would. So for you to not only ignore but twist a salient argument because it painted the media in a negative light is pathetic. And to respond to criticism by shunning self-analysis and instead indirectly accusing others of being in the wrong is so predictably childish, particularly for a man ‘with the inside track on football’s big stories’.

‘Raheem Sterling could land the player of the year awards, according to Gareth Southgate.

No he f***ing didn’t. But at least you have confirmed that Sterling and Ferdinand bravely speaking out has made not a jot of difference. If anything, you’ve just doubled down.

The Dunn thing
Andy Dunn of the Daily Mirror is here to piss on some chips and give Manchester United fans some food for thought about Paul Pogba and Ole Gunnar Solskjaer.

‘On the face of it, his enthusiastic championing of Ole Gunnar Solskjaer can only be seen as a positive,’ he writes of Pogba’s recent public backing for the Norwegian to get the permanent United job.

‘But, if one man might, with or without justification, be just a touch wary of yet more player cheerleading for the interim manager, it would be Ed Woodward.’

‘The results, barring the past couple, speak for themselves and, to my mind, Solskjaer should be a shoo-in for the permanent gig.

‘But you could understand if United supremo Woodward is not completely convinced.

‘Pogba and his team-mates love Ole because he has given them freedom to express themselves and has produced a run of 10 victories and two draws in 13 Premier League matches. Woodward might just suspect they also love him because they sense he could be a soft touch.’

That must be it. Which means your newspaper’s website was chatting b*ll*cks when it said Solskjaer ‘laid into’ a squad that ‘felt the full force of his wrath’ after the FA Cup defeat to Wolves. Can you be both ‘furious’ and a ‘soft touch’?

‘They can have a laugh with him, sing his name in the dressing-room, see him as almost one of the lads.’

Or they are just happier being managed and coached by someone who understands them a little bit better than the last fella?

Nope, can’t be that. Solskjaer is just ‘not the certainty most of us think he should be’, and Woodward ‘might be looking beyond the recent triumph in Paris and the 32 points from a possible 39’ because the players like him he is ‘soft’.

Pick of the bunch
‘If the stick is affecting Jordan Pickford he is not showing it’ – first paragraph of Darren Lewis’ Daily Mirror article.

‘A boyhood Sunderland fan, Pickford also endured a nightmare at Newcastle this month with an error-strewn display during which he appeared distracted by the taunts from the home crowd’ – fourth paragraph of Darren Lewis’ Daily Mirror article.

Elephant in the Roon
‘Wayne Rooney admits Liverpool winning the Premier League title would be a nightmare.’ – The Sun

Just how did they get this Evertonian former Manchester United player to ‘admit’ to not wanting Liverpool to win the league?

The ‘is it definitely 2019?’ headline of the year
Czech Wags include Miss Earth, an English rose, supermum & French Bulldog lover’ – Sun Online.

Folly ball
‘MARTIN SAMUEL: Rice’s ‘Up the RA’ comment on social media was the folly of youth… not a political treatise’ – MailOnline.

Cheers for that clarification.

Recommended reading of the day
Sachin Nakrani on Stuttgart.