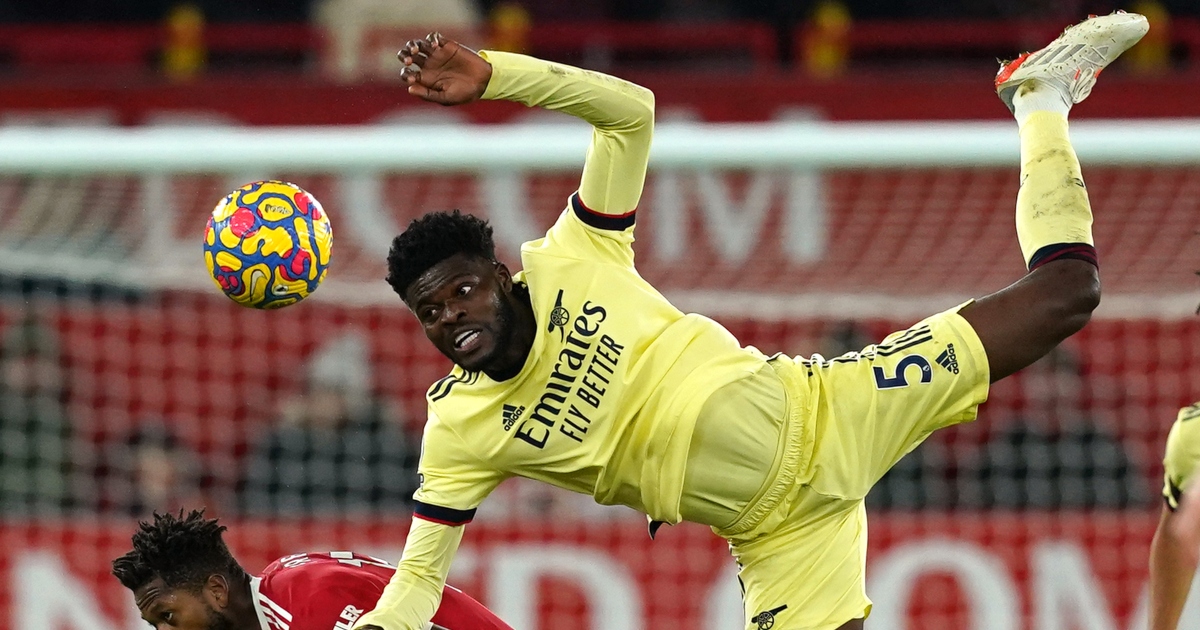 Arsenal midfielder Thomas Partey believes his side were unlucky in their 3-2 defeat at Manchester United on Thursday as he looks to get back to his best.

Arsenal had taken an early lead as Emile Smith Rowe fired home in bizarre circumstances with David de Gea on the floor. Bruno Fernandes levelled for the hosts just before half-time.

United then took the lead through Cristiano Ronaldo early in the second period but Martin Odegaard drew the Gunners levels shortly after.

However, Norwegian Odegaard then brought down Fred inside the box to give Ronaldo the chance to grab the win, which he emphatically did.

Whilst, the result means Arsenal have lost their last two away fixtures, Partey believes the Gunners did everything possible to get the win and were ‘unlucky’.

Speaking to Arsenal.com, the Ghanaian midfielder said: “I think the team came out to win, we did everything we could, we played well, we created a lot of chances and I think that we were unlucky.

“They scored two goals and then a penalty. The team tried to improve, go forward and look for a goal, for the equaliser, but in the end it’s football, we have to forget about this game, we have to think of our next game, we have to do better and also to win.”

The midfielder then praised his side’s improvement, but admits he needs to get back to his own, personal best.

“I think we’re improving each day and it’s gonna be good. If we want to be at the top it’s normal that we have to fight, we have to be under control and try to win the games.

Elsewhere, Micah Richards has revealed he has never seen a player with the talent that Daniel Sturridge possessed earlier in his career.

“He came to City from Coventry, and honestly I’ve never seen talent like it, he should have been like Aguero, he was the best young player.”