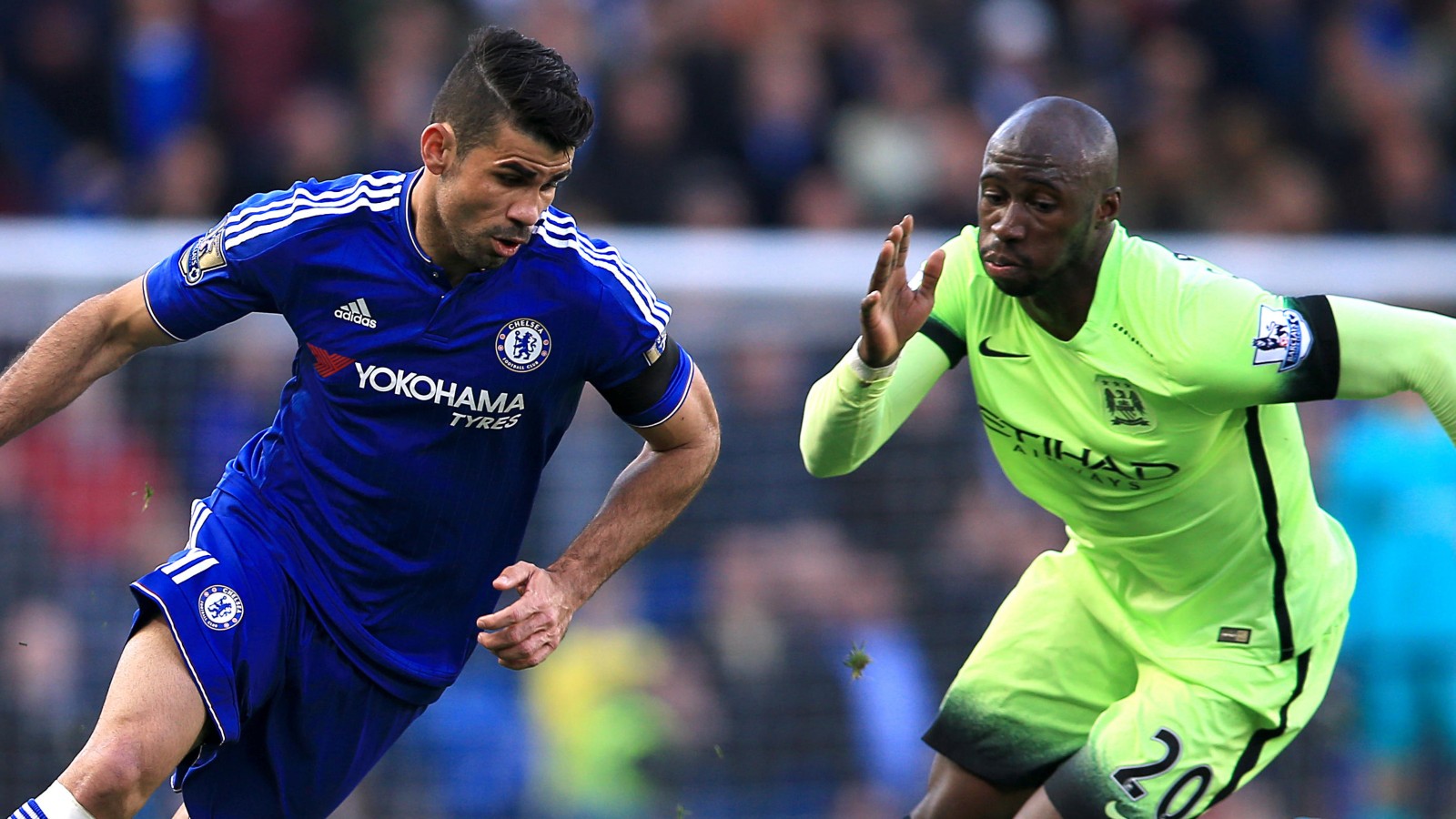 The transfer window is boringly dominated by speculation around moves worth millions upon millions. These Premier League expats are all free.

10) Lys Mousset
It remains the case that exactly half the goals Lys Mousset has scored in his entire senior career came in a single season for Le Havre, when he plundered 14 for the French club in 2015/16 but could only watch as Metz were promoted ahead of them into Ligue Un on the basis of – funnily enough – goals scored. The forward has managed the same tally before and since for four different clubs in three separate countries, seemingly finding his level with some promising form in the Championship between injuries, Covid and, perhaps most chronic of all, reported attitude problems.

Those came to the fore at Sheffield United, for whom he was once a club-record signing. Mousset was their joint top scorer and assist provider as the Blades secured a mid-table Premier League finish in 2020 but his unavailability was among myriad issues resulting in their subsequent relegation.

Before then, Mousset had helped vaguely steer Bournemouth clear of trouble for three years. The 26-year-old somehow never completed the full 90 minutes of any of his 53 games for Sheffield United, who released him this summer after an ineffective half-season on loan contributing precious little to Salernitana’s ludicrous Serie A survival escapades.

9) Nolito
With six goals and five assists in 30 games, Nolito’s solitary Manchester City season was technically more productive than Jack Grealish’s. But some transfers are doomed from conception and while the forward embraced his and former Barcelona manager Pep Guardiola’s reunion with the best intentions and a four-year contract, only a quarter of that deal would ever be fulfilled.

“My daughter’s face has changed colour – it looks like she’s been living in a cave,” Nolito told a Spanish radio station after enduring a 12-month English culture shock. Not only was he 29 and thus approaching the autumn of his career when he moved, but Manchester City represented his first employers outside of Spain or Portugal.

After an initial burst of four goals in his opening 11 matches, Nolito faded considerably and even admitted that a Guardiola rant after Barcelona handed out a particularly chastening Champions League group stage lesson was wasted on him because of his poor grasp of English. Ilkay Gundogan, Guardiola’s first Etihad signing, remains a key cog in the machine. Nolito, his second, was soon disposed of and finds himself out of work after a couple of solid years with Celta Vigo.

8) Hatem Ben Arfa
Having left Lyon due to reported tension with Karim Benzema and after a Sebastien Squillaci scuffle in training, Hatem Ben Arfa clashed with Djibril Cisse within a fortnight of joining Marseille, where he also angered manager Eric Gerets by refusing to warm up as a substitute. Replacement in the Stade Velodrome dugout, Didier Deschamps, was not safe either, taking to the media to issue a warning after the pair had quite the tactical disagreement: “I know at any moment he can take out four opponents and create something, but football is not just about that. There are requirements with and without the ball. He has talent but he expresses it sparingly.”

That, of course, was the beauty of Ben Arfa, whose official status as the player least likely to be forgotten by the streets was solidified at Newcastle. He remains adored on Tyneside for both his stunning solo goal against Bolton and the fact he subsequently went on loan to Hull and wound up Steve Bruce by going AWOL.

Ben Arfa went on to feud with his coach at Paris Saint-Germain, Unai Emery, his captain and manager at Bordeaux respectively in Laurent Koscielny and Jean-Louis Gasset, and then most recently his boss at Lille. Then still reigning as Ligue Un champions, they sacked Ben Arfa for questioning the set-up deployed by Jocelyn Gourvennec.

That all played out in early April, meaning another poor sap is ready to be reeled in soon; each of Ben Arfa’s last four clubs – Rennes, Real Valladolid, Bordeaux and Lille – have only kept him on for a single brilliant, volatile season.

7) Eliaquim Mangala
Among the greatest mysteries in the world are the Voynich Manuscript, Stonehenge, the identity of Jack the Ripper and the truth behind precisely how much money Manchester City spent on Eliaquim Mangala. While outlets had the fee down as £32m, a leaked document later suggested that was some £10m short – and thus a British record at the time – when numerous other payments to questionable third parties were taken into account. In any event, Manchester City were considerably fleeced as the centre-half barely justified a fraction of that investment.

Mangala was Dmytro Chyhrynskyi for the next generation, a completely ill-fitting signing for any Premier League team but particularly one which Guardiola would take over a couple of years into his spell. A loan with Sam Allardyce’s Everton threatened everyone with a good time and promised to coax out any defensive proclivities Mangala had stored deep within but he played only twice, losing 5-1 to Arsenal before knackering his knee against Crystal Palace. Valencia and then Saint-Etienne picked the France international up on free transfers but he is now without a home after relegation from Ligue Un.

6) Guido Carrillo
It is still unclear precisely what Mauricio Pellegrino saw in Guido Carrilo that persuaded him to part with a club-record £19.1 to sign the forward as Southampton manager in 2018. So enamoured was he that he subsequently loaned him twice more with La Liga side Leganes, taking him off Saints’ hands a couple of times through what was presumably a crippling amount of guilt.

Southampton terminated Carrillo’s contract after under three entirely goalless years which spanned as many permanent head coaches. The 31-year-old remains a lost footballing soul, out of the game since being released by Elche in 2021, yet not officially retired.

5) Gaston Ramirez
The rough calculation from the Daily Echo at one stage was that Gaston Ramirez cost Southampton £21m, or £8,000 per minute played, in transfer fees and wages. For their trouble, Saints were compensated with a dwindling impact which necessitated a loan to Hull – who were immediately relegated – and then Middlesbrough, who he eventually joined permanently and subsequently returned to the Championship with.

The 31-year-old left Teesside for Sampdoria in 2017 and Italy was his most recent home, having moved to Serie B side Monza in December. A return to South America seems likely for the 43-cap Uruguay international, who might forever be slightly confused with Dani Osvaldo.

4) Luis Suarez
The door to Aston Villa unfortunately seems to have been shut by Steven Gerrard, whose mid-2010s Liverpool reunion had to draw the line somewhere when it came to Luis Suarez. It would be intriguing to see what state the Uruguayan could leave Premier League defences in at 35, eight years after tearing them asunder on a regular basis. Those heights of 2014 are out of reach and the timing could have been more optimal – Norwich have just been relegated and John Ruddy is playing in the Championship – but compelling viewing was guaranteed.

As it is, Suarez has earned himself a trip back home, with Nacional supporters particularly keen to welcome their prodigal son. Talks have reportedly been held between player and club, while 20,000 fans of the striker’s first ever team wore masks depicting his face during a recent resounding victory. There is talk of Borussia Dortmund, as well as those perennial MLS links. It is for the best that there will be no second bite of the Premier League cherry, so to speak.

3) Jason Denayer
Nominative determinism’s favourite centre-half, Jason Denayer should be a genuine target for many a club below the top echelon. The Belgian never broke through at Manchester City, spending five years on their books without debuting in any competition. But loan spells with Celtic, Galatasaray and Sunderland expanded his knowledge and prepared him for the sport’s more charged occasions.

Across four years as a regular first-teamer with Lyon, Denayer even exacted a measure of revenge on Manchester City by featuring in the 2020 Champions League quarter-final win over Guardiola’s side. But the occasional club captain wound up deciding to leave upon the expiration of his contract after falling out of favour under Peter Bosz.

An experienced defender and regular Belgium international at 27, Denayer would adorn most squads as back-up at least. Newcastle were sniffing around at one point, while Torino, Rennes and Sevilla are also monitoring developments. There are a host of clubs who could do an awful lot worse.

2) Diego Costa
If 30 is the new 27 then what of 33-year-old Diego Costa? Since scoring 20, 12 and 20 goals respectively in three seasons at Chelsea, the striker has not managed more than five in a single campaign for Atleticos Madrid or Mineiro. It does feel as though the Premier League is his natural habitat, the arena in which he can most comfortably express himself. And the confirmation that Costa himself requested to terminate his Galo contract suggests the forward still believes he has more to give in Europe.

Rayo Vallecano could be the beneficiaries if reports are to be believed but good lord, what a shame that move to Arsenal did not pan out. A north London derby with Antonio Conte dismantling the sh*thouse through text would have been monumental.

1) Adnan Januzaj
The buyback clause Manchester United inserted into the deal to sell Adnan Januzaj to Real Sociedad has gone criminally unused. After five respectable years in Spain, the Belgian winger was let go from his contract and released into the wild. That half-decade in La Liga did at least restore some of that reputation damaged by an underwhelming spell with Borussia Dortmund and relegation at Sunderland in 2017, with Januzaj scoring 23 goals and winning the Copa del Rey.

Stop for a second and contemplate which two Premier League clubs might be linked with such a player. It is so obviously Everton and West Ham. Both of them just work. It’s probably the David Moyes thing. Honestly, though, it’d be lovely to see him back. Bring on those halcyon days of 2014, when the British press flung themselves at a young Januzaj’s feet and it wasn’t really weird at all.