Home All The News The ten most expensive Premier League teenagers 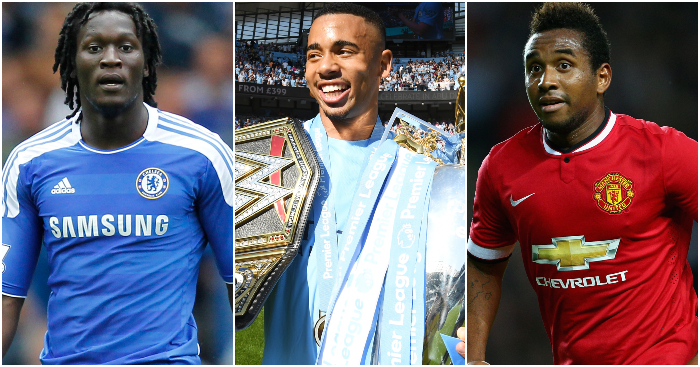 10) John Obi Mikel – £16million (Lyn/Manchester United to Chelsea, 2006)
Before: Manchester United wanted the Nigeria midfielder, who had joined Lyn in Norway before a protracted saga involving spurious agents and claims of ‘kidnapping’ resulted in Chelsea paying the Oslo side £4million and United £12million for a 19-year-old who had never played for the club.
After: Mikel enjoyed over a decade at Stamford Bridge, winning every major honour.

9) Phil Jones – £16.5million (Blackburn to Man Utd, 2011)
Before: The England Under-21 international attracted interest from Arsenal and Liverpool during a season and a half in Blackburn’s first team following his Premier League debut just after his 18th birthday.
After: Injuries have hampered his progress but the versatile defender remains a key squad member at Old Trafford and will likely play a part for England at the World Cup.

8) Romelu Lukaku – £17million including add-ons (Anderlecht to Chelsea, 2011)
Before: The striker already had 33 league goals to his name when Chelsea pounced for the 18-year-old in 2011.
After: Lukaku was never given the opportunities he wanted at Stamford Bridge but the Blues wanted to re-sign him from Everton last summer when he chose to join Manchester United instead for £75million.

7) Diogo Dalot – £19million (Porto to Man Utd, 2018)
Before: Jose Mourinho saw enough in the Portugal Under-21 international’s six appearances for Porto to say: “In his age group, he is the best full-back in Europe.”
After: Let’s see…

6) David De Gea – £19million (Atletico Madrid to Man Utd, 2011)
Before: The 19-year-old had a season and a half in Atletico Madrid’s first team and a Europa League winner’s medal when United came calling in 2011.
After: After a suspect start when many doubted his credentials to replace Edwin van der Sar, the Spaniard has gone on to establish himself as the world’s best goalkeeper.

5) Anderson – £20million (Porto to Man Utd, 2007)
Before: Brought to Europe from Gremio by Porto, the midfielder had been named player of the tournament in the 2005 Under-17 World Cup.
After: Injuries and a questionable attitude saw Anderson fail to seize his opportunity, though he still won four league titles and a Champions League in eight years at Old Trafford.

4) Wayne Rooney – £25.6million (Everton to Man Utd, 2004)
Before: The boy wonder scored his first Premier League goal as a 16-year-old before netting 14 more for Everton.
After: A 13-year career at Old Trafford saw Rooney become the club’s highest goalscorer of all time with 253 goals.

3) Gabriel Jesus – £27million (Palmeiras to Man City, 2017)
Before: The Brazilian scored 23 goals in 83 appearances for Palmeiras which alerted Barcelona, Real Madrid and Bayern Munich, but City stole in during the summer of 2016, agreeing a deal which saw the 19-year-old stay in Brazil for half a season.
After: Jesus settled immediately, scoring seven goals in 10 Premier League appearances during a half-season that was broken up by a foot injury. Injury also affected his first full season but he still finished with 13 Premier League goals and a title winner’s medal.

2) Luke Shaw – £31million including add-ons (Southampton to Man Utd, 2014)
Before: The left-back had two seasons and 60 Premier League appearances under his belt beofre being the youngest player to appear at the 2014 World Cup, after which he joined United.
After: A double leg break early in his second season under Louis van Gaal brought an abrupt halt to Shaw’s progress and he has never regained any momentum under Mourinho.

1) Anthony Martial – £36.7million plus add-ons (Monaco to Man Utd, 2015)
Before: The 19-year-old scored 11 goals in 49 Ligue 1 appearances and was linked with Tottenham before making a surprising move to Manchester United.
After: Martial burst onto the scene under van Gaal, scoring 17 goals in his first season, before struggling to earn a consistent start under Jose Mourinho. Could be sold on this summer.