Home F365 Says The third-place play-off: A nonsense that should be scrapped 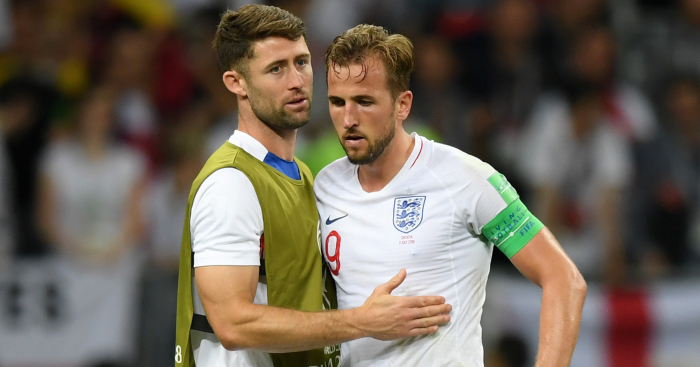 If the old adage is true, losers are forgotten. But at the World Cup, the greatest footballing contest on earth, FIFA continue to peddle a fixture where the majority of people would be hard pushed to recall the winners.

England and Belgium have to recover from their crushing disappointment this week in time to do battle for the quickly-forgotten honour of being the third-place finisher at the World Cup. England have lost one of these gatherings once before, and because only four years have passed since, I can recall that Holland took the bronze in 2014. The outcome of any other semi-final losers meeting was a mystery before looking them up.

I was perfectly content living in such ignorance. Why devote precious memory space to a match on the world stage that holds less significance than the Community Shield? The English season’s traditional curtain raiser takes place in three weeks but for many of the players being forced to travel to St Petersburg on Saturday, the curtain hasn’t come down on the last one yet.

That is the primary reason why players and managers care not one bit for it. “I think this match should never be played,” said Louis van Gaal about his final game in charge of Holland in 2014. “The honest thing is it’s not a game any team wants to play in,” admitted Gareth Southgate when he was asked about England’s unwanted assignment. The manager knows his players are shattered  – physically and mentally – and just want to come home, which is hardly unreasonable.

The reward is certainly not worth the risk of making weary players lace up one more time at the end of season during which some have already played 60 games. So they won’t. Southgate and Roberto Martinez will rotate and the World Cup finals will offer up England reserves versus Belgium reserves for the second time in just over a fortnight.

FIFA cannot be blamed for not foreseeing that Saturday’s meeting would be a repeat of the only other game in the tournament that each side were happy to lose. But the apathy and general disinterest in a game to decide who finishes third has been rife for years. The European Championships canned the play-off in 1980 and not once has anyone missed it.

The idea is in direct contrast to the principle of a knockout tournament. The importance of each game at a World Cup is supposed to increase with each game. From the last-16, it’s winner stays on. As Van Gaal noted: “In a tournament, you shouldn’t have players play a match for third or fourth place. There’s only one award that counts, and that’s being world champion.”

When, unlike at the Olympics, there is no merit in third place, what justifiable reason is there for continuing with such a meaningless affair?

Some overachieving third-place finishers may contest that it is a hollow triumph. Croatia were chuffed to win it in 1998 and so too were Sweden four years before. But their achievements would be held in no less esteem had they not been made to play Holland and Bulgaria respectively.

There might be individual merit too. Davor Suker was happy to go through the motions at France ’98. As were Toto Schillaci in 1990 and Thomas Muller eight years ago. Because all three scored goals in the third-place play-off that earned them the World Cup’s Golden Boot. Runners up Tomas Skuhravy, Gabriel Batistuta, Christian Vieri and David Villa will probably argue that not all World Cup goals are equal. The approach to play-off matches is akin to that of exhibition games, and that seems to be reflected in the defending.

The last 10 World Cup finals tournaments have produced an average of 2.5 goals per game. The average number of goals in third-place play-off matches during that same 40-year period is 4.1. There is no asterisk next to Suker, Schillaci and Muller’s names on the list of Golden Boot winners but perhaps there should be. Just as it should be remembered that Just Fontaine’s all-time tournament record of 13 goals includes four in the 1958 play-off.

Despite the increase in goals traditionally on offer, few fans would miss the third-place play-offs or even notice that they were gone should FIFA follow UEFA’s lead and abandon them. There appears little likelihood of that happening, however, while the governing body can make a few quid from another game to sell to advertisers and broadcasters.

So it seems the players and coaches are stuck with them. They have spoiled us over the last month, and England and Belgium should be allowed a couple of days’ extra break rather than one of them having a very creditable tournament closing with a couple of defeats suffered by one ‘B’ team against another. The penultimate match of the World Cup is comfortably its least important. How can that be logical?