PSV are on course to break Eredivisie records for goals scored and conceded. Can Spurs stop them? 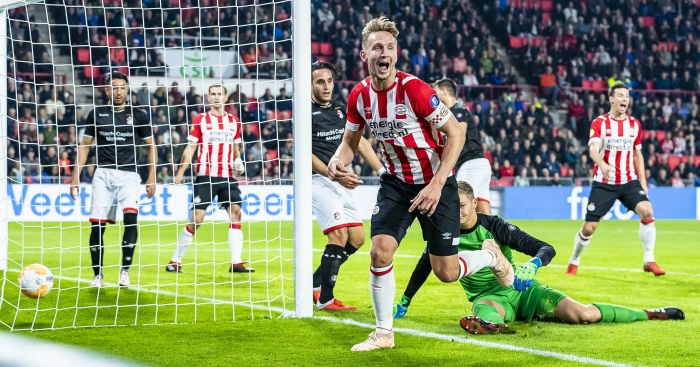 Three teams throughout Europe have won every single one of their league games so far this season.

Juventus, Gençlerbirliği and Red Bull Salzburg all fell by the wayside in their most recent games.

Juve finally dropped points in their ninth Serie A match, drawing 1-1 with Genoa.

And Red Bull, whose run was the longest of its kind in Europe, drew their 11th game against Wacker after winning each of their previous ten.

That leaves just three teams standing in terms of 100 per cent league records as we close in on November.

PAOK (P6 W6 F10 A1 in Greek Superleague)
“I think they have very good players,” was Maurizio Sarri’s assessment of PAOK after Chelsea battled to a hard-fought 1-0 Europa League win in Thessaloniki last month. The Blues have made light work of most Premier League teams this season, but found it difficult against the Greek Superleague leaders.

Răzvan Lucescu’s side have conceded just once in six league games, coming from behind to beat OFI 3-1 in September. They drew their opening game in the Greek Cup, and fell at the Champions League play-off stage to Benfica. They have been rare blips in an otherwise faultless campaign, with a 4-1 thrashing of BATE getting their Europa League campaign back on track.

Yet they are level at the top of the Greek Superleague with Atromitos, who have won five games but drawn one. Club owner Ivan Savvidis’s decision to storm the pitch carrying a gun in a holster during a game against AEK Athens in March went down really well with the relevant authorities, leading to the game being abandoned, the league being temporarily suspended and PAOK docked two points at the start of this campaign. And Newcastle fans think Mike Ashley is bad.

PSV (P9 W9 F36 A3 in Dutch Eredivisie)
Mark van Bommel appears to have assembled an all-conquering machine in Eindhoven. His PSV side have won games by scorelines of 7-0, 6-0, 6-1 and 4-0 (twice), while dismantling closest challengers and current second-placed Ajax 3-0.

Such dominance sees them lead the table by just five points, but a number of Eredivisie records could be in danger. They are on course to score 136 goals, with the previous Dutch top-flight record standing at 122, set by Ajax in 1966/67. They will be hard pushed to break the record for fewest goals conceded, mind. At the current rate, they will let in another eight, which would beat Twente’s 1972/73 record of 13.

So yeah, Tottenham should underestimate them at their peril, basically.

Paris Saint-Germain (P10 W10 F37 A6 in French Ligue Un)
Within ten games, France’s Goliath have built up an eight-point lead atop the Ligue Un mountain. Paris Saint-Germain have scored at least three goals in every league game so far, put four past Monaco en route to winning the Trophée des Champions, and even hit two past Liverpool in a losing Champions League effort. That 6-1 demolition of Red Star was not bad either, and Kylian Mbappe looked decent against Lyon.

They won the title on April 15 last season, and on March 13 in 2015/16. Thomas Tuchel will be more concerned with European matters, but he has a high domestic bar to clear too.

Key former Premier League player: Lassana Diarra has actually managed to start two Ligue Un games at the age of 33. Good for him.