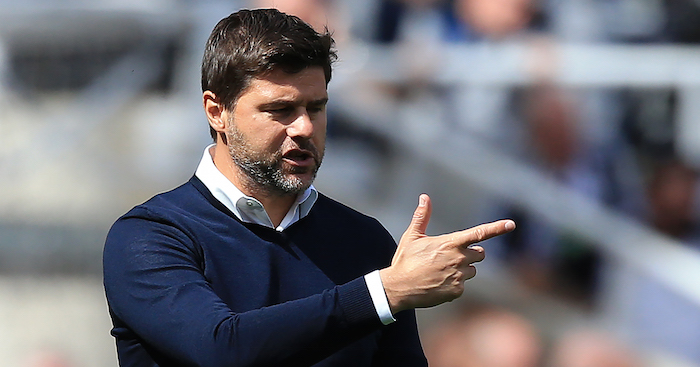 Mauricio Pochettino was speaking in the heat of the moment, but his message was crystal clear. Manchester United had just beaten Tottenham in the FA Cup semi-final, consigning Spurs to another season of progress with no tangible reward. “More time” was needed, the manager insisted. Then came the caveat: “with me or another”.

The mask had not slipped; Pochettino was simply allowing himself to be viewed from a different angle. The general mood at Spurs was still positive, even with the inevitable disappointment of almost ending their trophy drought before falling at the penultimate hurdle. This setback would only drive these players and this manager to collective glory further down the line. But not if the project leader left before the work was completed.

The comments were pointed, barbed, sharp enough to rouse even Daniel Levy from his pre-transfer window slumber. Then Pochettino doubled down ahead of Tottenham’s final game of the season. “I have very clear ideas of what we need to do. I don’t know if the club will agree with me or not,” he said, stressing the “need to be brave” and “take risks”.

It was an ultimatum, and Tottenham responded in kind. Within 11 days the manager was handed a new contract, a remit to “achieve long-term, sustainable success,” and a reported budget of £150million with which to do so. Pochettino wanted a statement; it came with an exclamation mark.

Yet two months after challenging the establishment, Pochettino is toeing the party line. His recent declaration that new contracts for Harry Kane, Heung-min Son, Erik Lamela, Davinson Sanchez and Michel Vorm are “like signing five new players” is misleading at best, a peculiar change of tack from public demands for bravery or risk-taking. Trying to convince fans that extending your back-up goalkeeper’s deal is equivalent to buying a new player is a more difficult sell than Vincent Janssen for £20m.

There is sympathy. Burnley are the only other Premier League club yet to sign a single player this summer, and there has been a distinct lack of genuine speculation too. Anthony Martial would have been the ideal signing in a window where Jack Grealish is likely to be the best attainable option. But in terms of outgoings, the rumours have been rife. Toby Alderweireld and Danny Rose have made more appearances in gossip columns this summer than they did in the first team last season. The £150m budget has been replaced with a ‘sell to buy’ ethos.

Combined with the fact that Tottenham players featured more often than any other at the World Cup, Pochettino is in an unforgiving position. When even Jose Mourinho is handing you one of his minuscule violins, you know the situation is ominous.

Yet this is not unfamiliar territory for Pochettino. Tottenham were the last club to bring in a new player last summer, Davinson Sanchez their first arrival on August 23. Spurs signed no players in the first 52 days of the window, and five in the last eight. There are 14 days left before this year’s deadline. If anything, complaints are ahead of schedule.

The only shame is that this was supposed to be different, the summer when Tottenham released the self-imposed shackles. It was the time to be ruthless, to look upon a first team with few obvious weaknesses yet still find chinks in the armour, areas to upgrade. That is what the very best clubs do, and Tottenham have earned that right.

Instead, they have chosen to place undue pressure on themselves and invited criticism. Pochettino’s ‘like five new players’ insistence stemmed from an answer to a question about transfer inactivity. It is a tiresome but avoidable pitfall that Tottenham strolled straight into. New deals for Kane, Son and Sanchez in particular laid the foundation for a positive window, but Spurs are running out of time to build on it.

It could work, and new players will surely arrive soon, but this still feels like an unnecessary gamble from a club refusing to change their ways. Tottenham heeded Pochettino’s call for “more time” last season; perhaps he should have asked for more flexibility and ambition too.