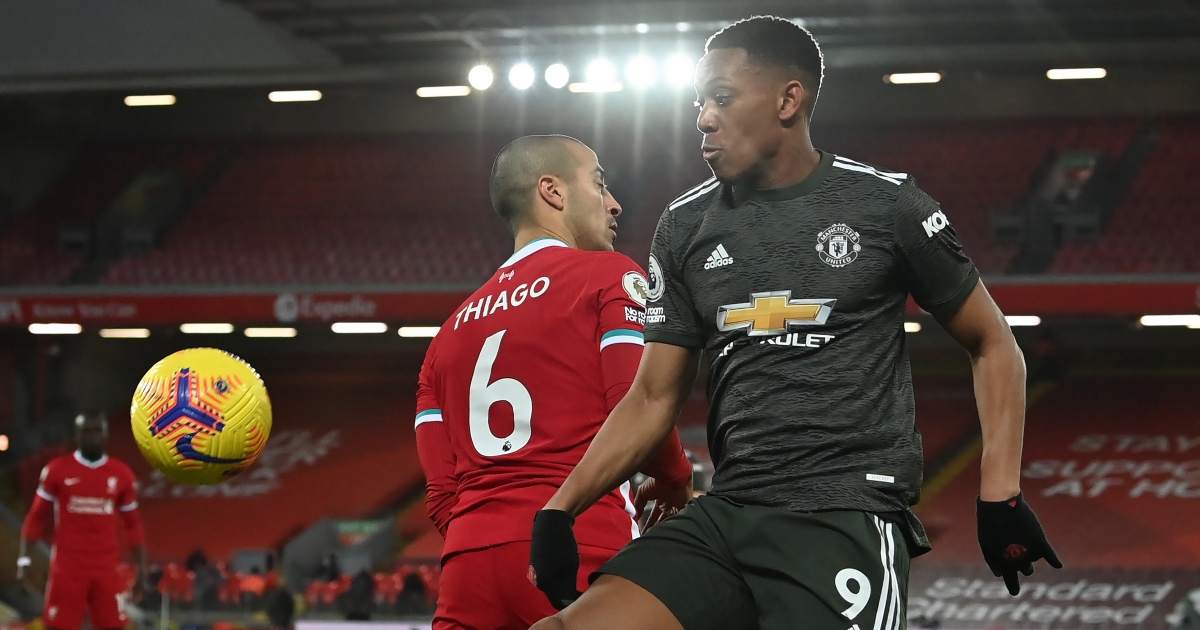 10) Ralph Hasenhuttl
The runner-up in the 2020 Football365 manager of the year award has endured this season rather than enjoyed what was tipped – and initially promised – to be a campaign leading to European football.

Rotten luck culminating in a high/low point of nine first-team players missing through injury serves as a useful rider to discredit the few that use this slump as evidence that he’s not the excellent manager he remains.

An FA Cup win would make a mockery of his place on this list and see him in award contention again this season.

9) Wolves
Often, a key player being out is used an excuse for the shortcomings of the rest of the team. But in the case of Raul Jimenez – and the effect of his absence on Wolves – it’s about as complete a sole explanatory caveat as it’s possible to have.

When he got injured, Wolves were sixth and four points off first place after five wins from ten games. They’re now 11th having added just another four victories from their last 15.

They’ve conceded exactly the same number of goals (32) after 25 games this season as they did last season, but have scored nine fewer. Jimenez had scored three goals before he got injured in the tenth game of this season, the same total he had at the same stage last season before going on to score a further 14 goals.

If you add 14 goals to the current Wolves pot they would almost certainly be in a better position than they were last season and be on course to improve once again. Don’t bother arguing with the logic.

8) Gareth Bale
What was billed as either the glorious swansong of a club hero or his uncomfortable final act was more likely to be something in the middle – the extraordinary pace is no longer there but the quick feet and sweet left foot remain. But in truth, we just don’t really know; that’s the big disappointment. It’s not that Bale has failed to live up to his former glory, it’s that we’ve been denied the opportunity to see him either thrive or stumble in his attempts to reach those heights.

Mourinho gets more and more defensive over the Welshman’s lack of game time. “I know his quality,” he said after his excellent second-half display at West Ham. “I cannot say everything to you, I shouldn’t and I don’t want to.”

Mourinho will either now start Bale and he’ll flourish, in which case it was exactly the right time to bring him into the fray, or he’ll continue to limit his game time out of what can only be explained as pure pettiness, like a child being told they have to do something and not doing it for precisely that reason.

7) Anthony Martial
“Some movement. Antho, move! Start moving!” Solskjaer was heard shouting from the touchline in Manchester United’s 3-1 win on Sunday, as he finally grew frustrated at watching his £54million striker swanning around the pitch as he has done for the vast majority of this season and his career in general at Old Trafford.

13 goals and four assists in the final 20 Premier League games of last season suggested this campaign might finally be the one in which he makes the most of his talent. That’s a common phrase in football, often used to describe mercurial players, like Joe Cole or Paul Pogba, whose brilliance wavers between games for no apparent reason. But the reason is absolutely clear with Martial – he doesn’t work hard enough, or “move” as Solskjaer simply puts it.

6) Pierre-Emerick Aubameyang
“I signed the thing because I want to become an Arsenal legend, and maybe leave a legacy,” Aubameyang said after signing his £55million contract in September, before beginning the Ozil-trodden path in the opposite direction. What is it with Arsenal players forgetting how to play football after signing mammoth contracts?

🗣”Aubameyang is past his best, he has lost his superpower, I’m seeing now like he is going to get bullied every occasion ”

Aubameyang scored ten goals in half a season, then 22 in both of the next two, and now has just eight, with five of those coming in two games against Leeds and Newcastle. Is this the start of his speedy demise?

5) Hakim Ziyech
Whether it’s his resting face or a genuine insight into his current psyche, Ziyech looks as though he’s got a proper sulk on.

Thomas Tuchel’s claim that the Moroccan “needs to adapt to this kind of football” is harder to swallow than it is for Kai Havertz and Timo Werner after we watched Ziyech impress and contribute two goals and three assists in his first three starts for the club. We’ve already seen he can do it without any time to adapt at all.

The formation is currently not one conducive to a harmonious dressing room full of very talented, very expensive players who want to play in the two coveted inverted ten positions. Particularly when one of those positions absolutely belongs to Mason Mount and the other appears to be in Werner’s possession indefinitely.

Unfortunately for Tuchel, Chelsea and Ziyech, the former Ajax star clearly does not do well with not being the centre of attention, literally flapping his hands and stomping his feet in frustration throughout his dire performance against Barnsley in the FA Cup and then giving the ball away trying to do too much in brief substitute appearances in the Premier League.

4) Jose Mourinho
His first 50 Premier League games haven’t been productive, or entertaining and have offered very little in the way of hope of a brighter future.

Asked whether Tottenham’s slump was related to his style of management, Mourinho said: “No, not at all. Mine and my coaching staff’s methods are second to nobody in the world. I think for a long, long time, we have problems in the team that I cannot resolve by myself as a coach.”

This is despite marvelling at the quality of his squad when he arrived in November 2019 and spending a further £130million to improve it. If the “problems” are separate from having an excellent squad, having time to assess the weaknesses and money to improve those weaknesses, then fine, but it’s not entirely clear what those coaching-aside issues might be.

Not enough money will be his gripe, but then he knew what he was getting into and has spent the money he has been given strangely: £27million on three-goal Steven Bergwijn; £28million on the under-used Giovani Lo Celso; £15million on a Serge Aurier back-up.

He has the best attacking duo in the Premier League at his disposal, but continues to insist on defence as the best method of attack.

3) Thiago Alcantara
“These kind of things are just b*******, let me say it like that!” Jurgen Klopp said in response to those correlating Thiago’s presence in midfield with Liverpool’s ongoing travails. It really is quite the coincidence though.

Liverpool have 0.88 points per Premier League game Thiago has started and 2.08 in those in which he hasn’t featured. He’s undoubtedly a very good footballer, but the evidence for him also not being a good Liverpool footballer is stacking up.

Klopp may be right that the Spaniard is not a major contributory factor in their poor form. But it would be nice in a way if he was – it would be an easy fix. It’s definitely worth finding out.

2) Sheffield United
After 25 games last season, Chris Wilder’s side had 36 points and a potential Champions League place was the talk of the town rather than the Championship. They surpassed their current total of 11 points after a 1-0 victory over Arsenal on October 21.

Injuries to key players have hampered a thin squad and the lack of fans in their stadium has perhaps affected them more than most. But still, not scoring in 13 of the 25 games played is massively disappointing, particularly when you’ve spunked a club record £24million on a striker who’s started seven games and drawn a blank.

For most to predict that the only way Manchester City could catch Liverpool this season would be for Jurgen Klopp’s side to incur injuries in the poorly stocked positions in their squad and for exactly that to happen, is also quite amusing. Again, not because it’s Liverpool, just in a sod’s law kind of way. It’s almost as though God contrived a season to cut short the dynasty before it had begun.

“In terms of back to back titles it’s purely up in your head,” Gary Neville said at the end of last season. “It’s obviously not a talent thing.”

It was a warning cast aside at the time. How could the “mentality monsters” do anything but continue on their monstrous path? As it turns out, an injury to a principal monster can cause an entire team to wander into the woods.