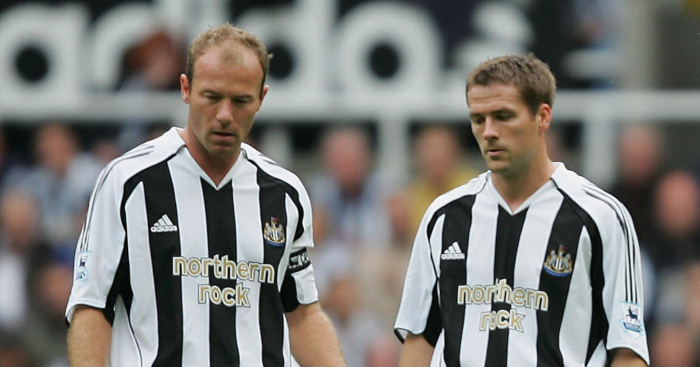 This feature reveals the last five times every Premier League club has broken their transfer record, on whom, from where and for how much. Enjoy (laughing at/pitying Newcastle)…

Two things to take away here: 1) Arsenal really like attacking players. 2) Unai Emery won’t be making his mark on this list any time soon.

Bournemouth’s record signing at the time of their promotion in May 2015 was Tokelo Rantie for £2.5m. They are now completely and utterly (decimal) pointless.

And Brighton’s record signing at the time of their promotion in May 2017 was Shane Duffy for £4m. Chris Hughton quadruples that and adds a little extra for a lesser-seen squad player nowadays.

Burnley themselves described Ben Gibson as ‘a joint club record fee’ when he joined in August 2018. How very Claret to share that record between a massive centre-half and a massive striker.

Cardiff’s last five record signings have been made by Dave Jones, Malky Mackay (3) and Neil Warnock. Either relegate them now or give them the title. We can’t decide which.

After shithousing the signing of Jorginho for £57m to avoid him taking Alvaro Morata’s crown, Chelsea were forced to fully extricate their balls to bring in Kepa later that summer. The three strikers on this list scored 45 goals between them – £3.08m per goal.

Crystal Palace are one of three Premier League clubs whose current record signing cost more than double the previous holder. No idea what to do with that information.

Richarlison (£40m) came close to dethroning Gylfi Sigurdsson after “spoiling” the entire transfer window last summer. Whoever does cost more than the Iceland international will knock Yakubu Aiyegbeni off this list, which no-one wants.

Remember when Fulham went absolutely radio rental after their last promotion in summer 2001? That, but multiplied, with some Felix-Magath-relegation-panicked Konstantinos Mitroglou thrown in.

Huddersfield are one of four Premier League clubs whose current record signing is a defender. Mind you, Terence Kongolo has as many Premier League goals as Steve Mounie this season.

Leicester thought they were clever little Foxes by breaking their transfer record three times in the summer after they were crowned Premier League champions, didn’t they?

How far Manchester City have come since Jô (£19m) was their record signing pre-Abu Dhabi United Group. Nagoya Grampus, by the way.

Five club-record (and one world record) signings made by four different managers. Get the f**k in, David Moyes.

Fifteen current Premier League clubs have broken their transfer record at least five times since Newcastle last set theirs. Of the other five, Arsenal, Chelsea and Manchester United have broken theirs four times, while Fulham have spent more than £16m on four different players, including one from Newcastle.

Southampton will sign Danny Ings for £20m next summer as part of his loan deal from Liverpool. Don’t be surprised if they fast-track it just to banish the memory of Guido Carrillo from all their records.

Two of Tottenham’s last seven signings were club-record deals. Deal with it.

Quique Sánchez Flores and Walter Mazzarri signed two of these each, and Marco Silva accounts for the other. a) Poor Javi Gracia, and b) Watford are weird.

One or both of Carlos Tevez and Javier Mascherano probably belong here somewhere, but we’ve no sodding idea of their actual fees. Mind you, to go from Matt Jarvis to Felipe Anderson in less than six years is mightily impressive.