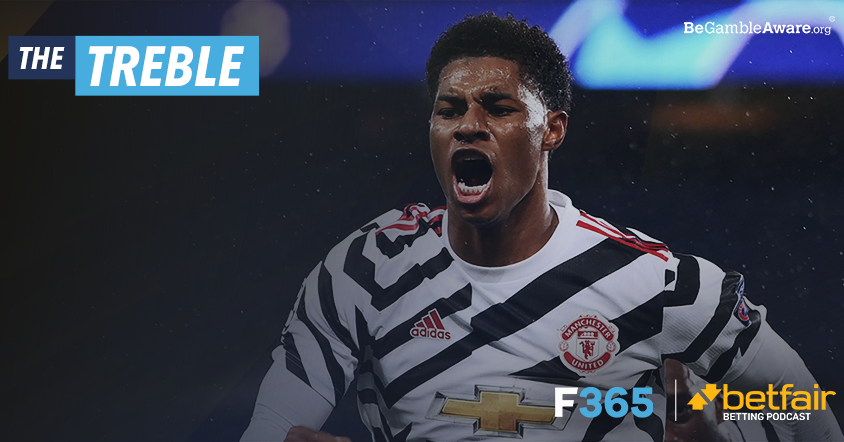 Every week we preview three fascinating things to look out for in the big Premier League games, with further analysis from Betfair’s Football…Only Bettor podcast. Manchester United’s clash with Arsenal is definitely the one to watch this weekend. But first, Liverpool v West Ham and this one…

Frank Lampard’s frosty remarks in midweek about English managers not being given enough credit betrayed an underlying anxiety, the mask slipping momentarily, and we saw a tacit acknowledgement of the pressure he is under.

Roman Abramovich doesn’t normally show managers much patience, and although Lampard achieved the stated aims for 2019/20, the current campaign is sliding towards disaster.

Few pundits expect Chelsea to challenge for the Premier League title, but after spending over £200million this summer, Abramovich just might. Certainly he expects better than nine points from the first six games; better than one win in the last five; better than performances containing all the same tactical flaws as the year before.

Consecutive 0-0 draws in the Champions League and Premier League will have helped, although we cannot say Chelsea have turned a corner until they show defensive steeliness against strong counter-attacking opposition. The 3-3 draws against Southampton and West Brom are not cancelled out by a stalemate against Manchester United.

In theory, Burnley are the perfect opponents for Chelsea to face, in that they are a side that offer the illusion of threat – going to Turf Moor certainly sounds tough – but actually have a very poor record against the ‘Big Six’. Sean Dyche’s side don’t counter well, and not at the speed that tends to trouble Chelsea.

Then again, Burnley did come close to frustrating Tottenham Hotspur last weekend. They could hold out for a 0-0 that would further damage Lampard, although more likely Chelsea will record a narrow – and vital – win.

West Ham United are not only the first in-form team Jurgen Klopp’s side have faced since they lost Virgil van Dijk but the first who deploy a counter-attacking system; this is the first real test of Liverpool’s durability without their defensive leader.

Narrow wins against Sheffield United, Ajax, and FC Midtjylland have steadied the ship for now, but any confidence built from these games will soon disintegrate should West Ham come anywhere close to repeating the goal threat posed by Leeds United, Everton, or – worst of all – Aston Villa earlier in the campaign. Liverpool conceded 12 goals across those three games. Van Dijk started every one.

The problems for Liverpool originate higher up the pitch, of course, where an oddly lacklustre press in the early stages of the campaign has emboldened opponents to charge head-first at Klopp’s high backline. The spell has, to a certain extent, broken, and Liverpool now must endure a year of fearless opposition attackers willing to get runners in behind those high full-backs – and willing to burst through the centre whenever Liverpool’s press drops.

West Ham will do exactly that. David Moyes is doing an excellent job of frustrating ‘Big Six’ teams with a sturdy, well-organised defensive shape and some quick-fire breaks through Jarrod Bowen and the now-injured Michail Antonio. Focusing on the channels could cause a major shock at Anfield, especially if Joel Matip fails to recover from injury in time.

And their chances of success are strengthened by the form of Declan Rice and Tomas Soucek, a powerful partnership at the heart of this Hammers side who possess the strength, composure, and technical ability to evade Liverpool’s press and get the ball out wide to Antonio and Bowen.

From Betfair’s Football…Only Bettor podcast: “Teams news is key – especially the fitness of Michail Antonio. Liverpool look vulnerable defensively and, if fit, Antonio can cause them problems. I’m quite excited about this West Ham team and think they can land a blow here. West Ham +1.5 appeals but, with the Hammers’ terrible record at Anfield in mind, I’m going for Liverpool and both teams to score at around 2.5.”

Rashford and a diamond causing problems for Arsenal

Marcus Rashford’s hat-trick against RB Leipzig in Manchester United’s 5-0 victory will have set off alarm bells at Arsenal, not least because he did so in just a short cameo off the bench. His first goal is particularly useful in analysing how and why United hold the upper hand ahead of Sunday’s game at Old Trafford.

Ole Gunnar Solskjaer likes to sit off ‘Big Six’ opponents and hit on the counter-attack, encouraging teams to play a high line and hog possession – and only snapping into challenges when the ball enters the United half. That’s exactly what they did against RB Leipzig on Wednesday, revelling in a new 4-3-1-2 diamond formation with Rashford and Anthony Martial making runs behind the defence.

Bruno Fernandes’s first-time through ball for Rashford’s first goal is just the sort of action we can expect to see for the visit of Arsenal, who will be lured up the pitch and hit on the counter. Their error-prone back three, made all the weaker by a series of injuries that puts Shkodran Mustafi in line for a rare start, will probably be caught too high.

Mason Greenwood’s goal against Leizpig, the first of the night, was another revealing moment. Not only is Paul Pogba seemingly back in a comfortable position on the left of a midfield diamond, but the young forward – likely to deputise for the suspended Anthony Martial on Saturday – can dovetail with Rashford to help expose Arsenal’s expansive shape.

From Betfair’s Football…Only Bettor podcast: “Arsenal are a massive work in progress. Mikel Arteta’s honeymoon is coming to an end. They’ve made progress defensively but now fans want to see progress in attack. United are fair favourites. I’d rather oppose goals. Under 2.5 goals would probably be my play but I’d prefer to wait and see the team news.”