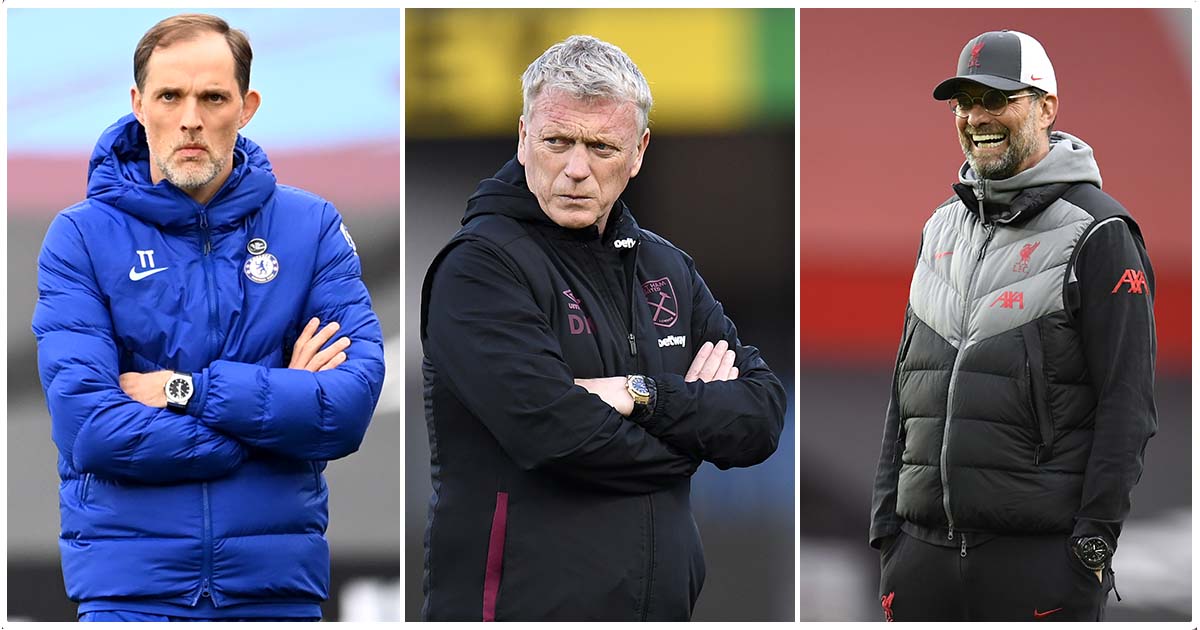 Every week we preview three fascinating things to look out for in the big Premier League games – and in this case, the FA Cup – with further analysis from Betfair’s Football…Only Bettor podcast

Tuchel can ruin Leicester’s season in the space of four days
It would be the cruellest of blows for Leicester City but all the signs point towards them missing out on the top four on the final day for the second consecutive season. The likelihood of that happening will be gnawing away at these players as they prepare for Saturday’s FA Cup final against opponents hoping to destroy Leicester’s domestic campaign in the space of four days.

That ominous possibility could get in the Leicester players’ heads ahead of a cup final that will feel more tense and pressurised for Brendan Rodgers’ side than it will for Thomas Tuchel’s, who have not only been here before but have bigger fish to fry with a Champions League final on the horizon and a Premier League title battle coming in 2021/22. That is the double injustice of the wealth divide in modern football: the odds are already stacked against the inexperienced outsider and yet they are the ones with the jangling nerves.

It really does look like an uneven game, despite the fact Leicester City won at Old Trafford in midweek while Chelsea lost at home to Arsenal. Those two games have little bearing on a Wembley cup final, especially with Chelsea rotating players back into the starting line-up as Leicester ask their exhausted stars to go again.

Fitness is just one area in which Chelsea hold the advantage. Leicester will need to return to a back three to mirror Chelsea’s formation, and yet the last time they did that without Jonny Evans they collapsed to defeat against Newcastle United. Timo Werner will probably get in behind pretty easily. Elsewhere, the fatigue in Leicester’s two-man midfield – Youri Tielemans has only missed 64 minutes of Premier League action this season – should allow N’Golo Kante to swarm and dominate as part of a box-shape Chelsea midfield that outnumbers Leicester’s.

Of course, there is always the possibility that Chelsea’s suffocating possession will force Leicester into a counter-attacking game that suits how Kelechi Iheanacho and Jamie Vardy play on the shoulder, and certainly neutrals would love to see one last hurrah from the rapidly slowing down latter.

But it is hard to imagine this calm and measured Chelsea team getting distracted. Tuchel has created something special in just a few short months; the FA Cup is the easy part of a double that looks well within Chelsea’s grasp.

From Betfair’s Football…Only Bettor podcast: “Chelsea are an attractive price. Leicester have injury problems, with Jonny Evans a doubt. It’s just two clean sheet in the 13 matches for the Foxes. Jamie Vardy isn’t scoring and Youri Tielemans hasn’t been his usual self recently. Chelsea are stronger in every area.”

West Ham worryingly close to losing out on Europe
Graham Potter’s side remain a strange and infuriating Premier League team, virtually impossible to predict and endlessly on the verge of a breakthrough. It typified Brighton’s season to follow up an impressive 2-0 win over Leeds United with two red cards and a calamitous defeat at Wolves. The first player dismissed, Lewis Dunk, is a big miss for Saturday. The second, Neal Maupay, might be a blessing in disguise given his huge contribution to Brighton so badly underperforming their xG.

West Ham are in poor form themselves, losing three of their last four league games, and are suddenly in danger of missing out on European football altogether. David Moyes’ side are only three points above Arsenal in ninth, but fortunately can be hopeful of an upturn in form this weekend; Brighton’s expansive football plays into the hands of counter-attacking West Ham. The visitors can surely poke holes in a Dunk-less defence and secure the three points.

From Betfair’s Football…Only Bettor podcast: “There’s plenty riding on this for West Ham and a top four finish is still a possibility for them. I think we’ll get goals here. Brighton are safe and could play with more freedom this weekend. The reverse game was 2-2 and I’m looking forward to this match.”

Klopp can rally the troops for season-saving final week
A brilliant, swashbuckling 4-2 win at Manchester United on Thursday night has put Liverpool in prime position to snatch the fourth Champions League spot and save their season. There was always the lingering sense that it wouldn’t take much for things to click back into place for them, such was the alarming speed – and fine margins – of their collapse in the first place, and indeed over the last week Jurgen Klopp’s side have looked back to their best.

The victory at Old Trafford means more, but the 2-0 win over Southampton was the bigger performance; Liverpool didn’t look nervy and didn’t give anything away, instead recording a routine win of the sort we haven’t seen since they lifted the Premier League title. That match will have helped the Liverpool players believe once again in their own powers, restoring a swagger that has been absent for a very long time.

It can also, along with the 4-2 win at United, give Liverpool the impetus to comfortably win their final league games against West Brom, Burnley, and Crystal Palace. Doing so will see them finish above Leicester City – unless Rodgers’ side can win an improbable four points from Chelsea and Tottenham.

The first of those scalps should be easy enough. West Brom’s relegation was confirmed last weekend but frankly they have been down ever since Sam Allardyce clocked out a few weeks ago. His touchline demeanour – sitting back, arms folded, softly shaking his head – suggests he regrets his decision to join West Brom and wants to wash his hands of their relegation.

That is no way to manage a football club and should ensure the Baggies do not enjoy a post-pressure results boost as newly relegated clubs sometimes do. Liverpool will surely win at a canter on Sunday.

Back Liverpool to win with a -2 handicap at 9/5