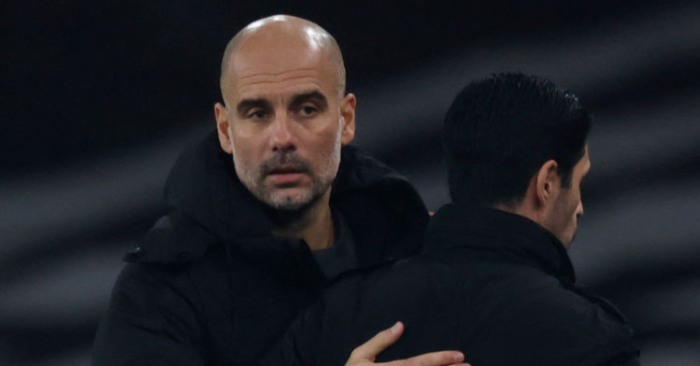 Every week we preview three fascinating things to look out for in the big Premier League games, in association with Betfair’s Football…Only Bettor podcast – with Man United at the heart of this week.

Wilder’s best chance yet of three points
The biggest game of the midweek round will fly under the radar. It’s hardly a game that many neutrals will bother tuning into, and yet Sheffield United face Newcastle in what could prove to be a crucial turning point for both clubs.

Chris Wilder’s side stand a good chance of a win, and to do so may just kick-start a revival of sorts. Surviving the drop is already beyond them and yet the Blades will be desperate to recover pride and avoid setting a new record low points tally, especially because to do so would save Wilder’s job – and set them up for an instant return to the top flight next year.

Weirdly, Sheffield United aren’t playing that badly. The margins are razor thin and it might only take one win to start a flurry of more positive results, restoring faith in the Wilder project. Should they go down with a relatively respectable points tally then United will be very well placed to win the Championship with Wilder at the helm.

As for Newcastle, they are closer to a relegation battle than it looks. Eight points separates them from Fulham, who are undefeated in four, and Burnley’s and Brighton’s improvements suggests Steve Bruce’s side are potentially the fourth worst team in the division. It wouldn’t take much for Newcastle to be sucked into danger. They badly need to end a five-game winless run at Bramall Lane.

Given Sheffield United’s decent performances and Allan Saint-Maximin’s continued absence, the hosts can win this.

Back Sheffield United to win at 29/20

Dyche looking to build on their Old Trafford win
There is an enduring myth that Burnley are a tough team for the elite clubs to break down, born from the persisting assumption that Sean Dyche parks the bus. Nothing could be further from the truth: not only do Burnley hold quite an aggressive defensive line and press their opponents like a Diego Simeone side, but doing so in big games means they regularly lose by a considerable margin.

Manchester City have beaten them 5-0 and Chelsea 3-0 already this season, and in both games Burnley were – as usual – porous between the lines, pushing up too far until more talented opponents could turn sharply and burst straight through them. There is a decent chance Manchester United, arguably the best counter-attacking team in the country, will do this and win handsomely on Tuesday night.

But there’s a twist. First, Burnley are on a run of 14 points from their last eight league games and looking sturdier than ever now that Ben Mee is back in central defence. And second, Dyche’s team beat United 2-0 at Old Trafford when the sides last met in January 2020.

Ole Gunnar Solskjaer was hampered that day by an injury to Marcus Rashford, while Bruno Fernandes was yet to join the club, which left Daniel James, Juan Mata and Andreas Pereira as their creative players. It is perhaps unsurprising, then, that Burnley’s confrontational approach ruffled United’s feathers.

This time, Rashford, Fernandes and Anthony Martial are all fit to start, which presents Dyche with an entirely different game, especially given United are in high spirits following a superb December surge towards the summit of the table. The most likely outcome at Turf Moor is United’s quick attackers breaking through the decompressed Burnley lines and racing into open spaces in the final third.

Nevertheless, the recent history of this fixture points to a low-scoring game, and with Burnley equally confident there remains the chance of an upset. Burnley have only played one game so far in January while United have played three – and been pretty unconvincing in all of them.

They are seemingly beginning to slow down, which would follow the pattern of Solskjaer’s tenure so far: purple patches followed by slumps; a series of false dawns. If this is another one, then Burnley’s assertive playing style could reduce United to the meandering shadow-version of themselves we have seen all too often over the last two years.

A chance for Man City to add goals to their renaissance
Pep Guardiola has quietly studied the maddeningly chaotic variables of Covid football and, at long last, appears to have found a way to tame them. Manchester City suddenly look like the best team in the division, and as they surge up the table inevitably the narrative of their campaign is being rewritten: what looked like accidental lethargy in the first third of 2020/21 now looks like a calculated attempt to double down on possession and remain in control amid the pandemic.

Talk of “a thousand passes” goes against the manager’s previous assertions that he hates tiki-taka, as famously covered in Marti Perarnau’s book Pep Confidential, and indeed at times this season City have looked like a caricature of a Pep team – more like Vicente del Bosque’s Spain than Guardiola’s Centurions.

It looks as though he was building a strong foundation through a sturdier defence and possession suffocation, but if Man City are to win the league this season they need to start adding goals to this base.

Brighton at home is the perfect opportunity to do so. The Seagulls have lost their last three games against Man City by an aggregate score of 13-1. Graham Potter’s personal record is a 5-0 and a 4-0 defeat, reflecting his insistence on playing an expansive possession game against Guardiola. That is effectively suicide, and there is little doubt things will go the same way on Wednesday.

Unfortunately, Sergio Aguero is isolating, meaning he won’t get the chance to end his goal drought, but nevertheless this is a great chance for City to play with real swagger, laying down a marker for 2021.