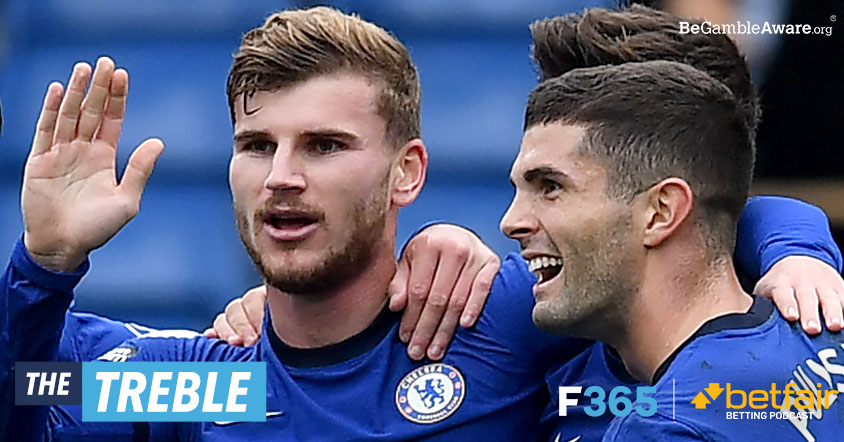 Every week we preview three fascinating things to look out for in the big Premier League games, with further analysis from Betfair’s Football…Only Bettor podcast. Arsenal’s clash with Chelsea is definitely the one to watch this weekend. But Aston Villa vs Crystal Palace and Wolves vs Tottenham also look tasty!

Villa’s brilliant season may finally get some attention
Aston Villa have created more chances than any other Premier League club this season. They have also conceded the second-fewest goals, behind Manchester City, and have the same points-per-game ratio as Chelsea. They have underperformed their xG to the equivalent of 1.65 extra points, per understat.com, and according to Who Scored’s team ratings, a metric determined by an algorithm that analyses Opta data, Aston Villa are the best performing team in Europe.

Villa aren’t getting the media attention they deserve, probably because they have played two fewer games than most other teams in the Premier League, hence their false –and rather dull – position of 9th in the table. But if Dean Smith’s side record a victory at home to Crystal Palace on Boxing Day, they are likely to shoot up the table, and will then arrive at Stamford Bridge on December 28 with the chance of leapfrogging Lampard’s title challengers.

Surely then people will start to take Villa seriously, because by every conceivable measure this is a club chasing Europe. They beat Liverpool 7-2 and Arsenal 3-0. In the defeats against Brighton, West Ham and Southampton they were by far the better team. Had they had just a smidgen more luck this season, Villa would be just behind Liverpool and pundits would be tentatively questioning whether Smith’s side can do a Leicester.

There are some notable parallels. Like the Foxes, Villa survived relegation by the skin of their teeth last season and are still riding the momentum of their great escape. And like Leicester’s Vardy-Mahrez-Kante axis, Villa have a trio of elite footballers who will have starring roles at super clubs a few years from now. Jack Grealish, Douglas Luiz and John McGinn have been phenomenal this season.

But the revival started at the back, where Ezri Konsa and Tyrone Mings have formed an excellent partnership that has been further solidified this year by Emi Martinez, arguably the signing of the summer. His calming presence in goal has allowed Villa to return to a more progressive playing style after going backs-to-the-wall post-lockdown.

Matty Cash, Ollie Watkins and Ross Barkley also hit the ground running, and the on-loan Chelsea midfielder returns from injury to start this weekend’s game at Villa Park. As expected, Grealish’s output has reduced since Barkley was side-lined, and with him back in the team defenders will once again be drawn away from the Villa captain.

Crystal Palace, wounded after a 7-0 defeat to Liverpool, have a lot to fear. Aston Villa should be able to record the sort of convincing victory that will finally make pundits sit up and pay attention.

Danger of humiliation lurks over the Emirates
The FA Cup final, when these two sides last met, feels like years ago. Mikel Arteta’s first piece of silverware as Arsenal manager seemed to be a symbolic moment in the rebirth of the club, a reward for hugely improved performances and a signifier that the Gunners could find their way back to the top. Instead, Arsenal have completely collapsed.

Never mind rock bottom, Arsenal’s fall hasn’t even reached terminal velocity yet. They are still accelerating; still finding new ways to let supporters down, the latest being a shambolic second-half performance against Manchester City in the League Cup. Nobody came out of the match particularly well, and most alarming of all Gabriel had another poor game. It seems as though the toxic atmosphere at Arsenal means new signings don’t pull others up, but rather are dragged down to their level.

Arsenal’s first derby of the season, a 2-0 defeat at Tottenham, was humiliating for the ease with which Jose Mourinho’s team won. The Chelsea game on Boxing Day threatens to be even worse.

Rob Holding, Gabriel and David Luiz are all at sea; Timo Werner is ramping up and Tammy Abraham is in form. Arsenal’s central midfield is sluggish and disconnected from the forward line; N’Golo Kante and Mason Mount are buzzing around with real purpose. Arsenal seem incapable of creating chances; Christian Pulisic and Hakim Ziyech are fit to play together for the very first time.

Chelsea seem destined to win the match, but whereas a month ago it probably would have been a tight contest and a narrow, though dignified, defeat, now a threat of humiliation lurks over the Emirates. Red cards, defensive errors, own goals: Frank Lampard’s frantic, scurrying young Chelsea team could force another painful Arsenal performance.

Wolves should further highlight Mourinho’s tactical issues
A very tough week for Jose Mourinho has seen a lot of the old concerns about his tactical weaknesses resurface; it is amazing how quickly a manager can fall, rise and then fall again in our esteem. A fortnight ago it looked as though his cautious mid-blocks, his lack of pressing, and his focus on quick counter-attacks was ideal for exhausting pandemic football, whereas now Spurs look too reliant on the same players and lack a Plan B.

Nothing much can actually change in such a short space of time, and we should resist drawing conclusions from a couple of bad results. After all, had Harry Kane scored a sitter at 1-1 against Liverpool things would feel very different. Nevertheless, with Gareth Bale well off the pace and Tottenham looking increasingly sluggish when facing a deep-lying defence, Mourinho does need to find a way of breaking down the opposition.

As the season wears on, more and more clubs will take the approach Leicester City did and sit back, forcing Spurs to hold the majority of possession and thereby blunting their main weapon.

Wolves will most definitely follow Leicester’s blueprint, which suggests yet more dropped points for Mourinho’s side.