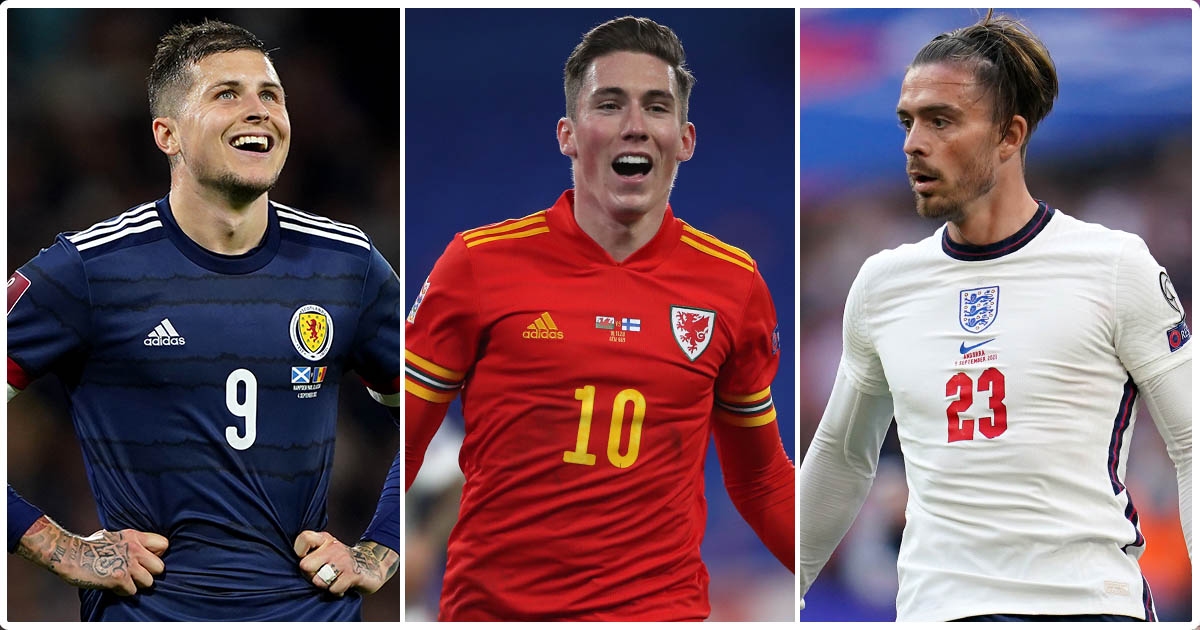 International football is back and we’re looking ahead to England in Andorra, Wales travelling to Czech Republic and Scotland hosting Israel.

Nations league confusion undermines dull contest
It’s pretty hard to hype this one for the neutral, let alone for any Wales fans. Injuries to Gareth Bale, Ben Davies and David Brooks significantly weaken Rob Page’s side ahead of a game that looks set to be low-scoring for various reasons.

For starters, Bale has accounted for 41% of Wales’s shots in World Cup qualifying so far. Wales have kept clean sheets in three of their last four games against the Czech Republic. With just one point separating the teams in second and third in their group, a draw would benefit both managers. The Czechs have scored three goals in their last four games in all competitions.

The upshot is that Wales are already virtually guaranteed a place by winning group B4 with a high 16 points (for anyone still following, here is an interesting quirk of the Nations League: Wales are at an advantage being in the second tier and winning lots of points, whereas, having now been promoted, they will find it much harder to win their league, and therefore to qualify for the play-offs via the back door in future).

Czech Republic are unlikely to get play-off qualification via the Nations League despite winning group B2 because Austria, winner of B1, are ranked above them and are highly unlikely to finish in the top two of their World Cup qualifying group.

In short, the Czechs need this more. They are also on home soil and have Patrik Schik, who has carried his Euro 2020 form into the domestic season, netting six times in seven Bundesliga games for Bayer Leverkusen. It should be a narrow win for the hosts, then, in a low-scoring and pretty boring game.

Back Czech Republic to win and under 2.5 goals at 9/4 (Planet Sport Bet)

Defensive Scotland to grind out a point
Fortunately, Wales’s group is the only one that’s entangled in Nations League nonsense and a nightmare to work out logistically. Unfortunately, the new format means that everyone looking to sneak into the World Cup play-offs – which includes Scotland and Israel, separated by a single point in a group that Denmark are virtually guaranteed to win after a 100% start – has a slim chance of actually getting to Qatar. Twelve nations in total will get to the play-offs and only three will make it through a two-legged semi-final and final.

But Scotland stand as good a chance as any, if they can rise above Israel in Group F. Steve Clark’s side were unlucky to finish bottom of their Group in Euro 2020 and have recovered well since then in a highly defensive style of football that focuses on squeezing through with set-piece goals. A 1-0 win in Austria last month puts them in a very strong position, and after drawing 1-1 with Israel in the away tie Clarke will expect at least a point on Saturday.

Israel’s 5-2 victory over Austria will only heighten Scotland’s safety-first approach, mind, and in such a tight group – with Scotland in control at the moment – the hosts would probably quite happily settle for a quiet 0-0. A draw is the most likely result.

England to breeze through despite awkward moment
A lot of England’s top players are out of form, either a bit burnt out following the physically and emotionally draining Euro 2020 campaign or simply in a bad moment with their club. It’s nothing to worry about – they’ll no doubt be in better shape come next winter’s World Cup – but it is noteworthy that Harry Kane, Jadon Sancho, Raheem Sterling, Mason Mount, Kalvin Phillips and Harry Maguire are all either injured or struggling to settle.

That might give Gareth Southgate the chance to play some of his fringe players in Andorra, a game that England will easily win. In the 4-0 last month – when England held 89% possession and outshot their opponents 20 to one – Jesse Lingard, Patrick Bamford and Bukayo Saka started as the front three in a team that was the international equivalent of an EFL Cup 11.

That points to game-time here for the likes of Fikayo Tomori (in form at AC Milan), Tammy Abraham (performing well for Jose Mourinho at AS Roma) and Phil Foden. The chance to see these players get a run-out is the only decent reason to tune in to this one, because no matter the starting line-up this is going to be a walk in the park for England.

The Treble: Czech Republic to win and under 2.5 goals, Scotland to draw with Israel, England to win with a -3 handicap – Boosted from 20/1 to 25/1 under ‘Specials’ at Planet Sport Bet