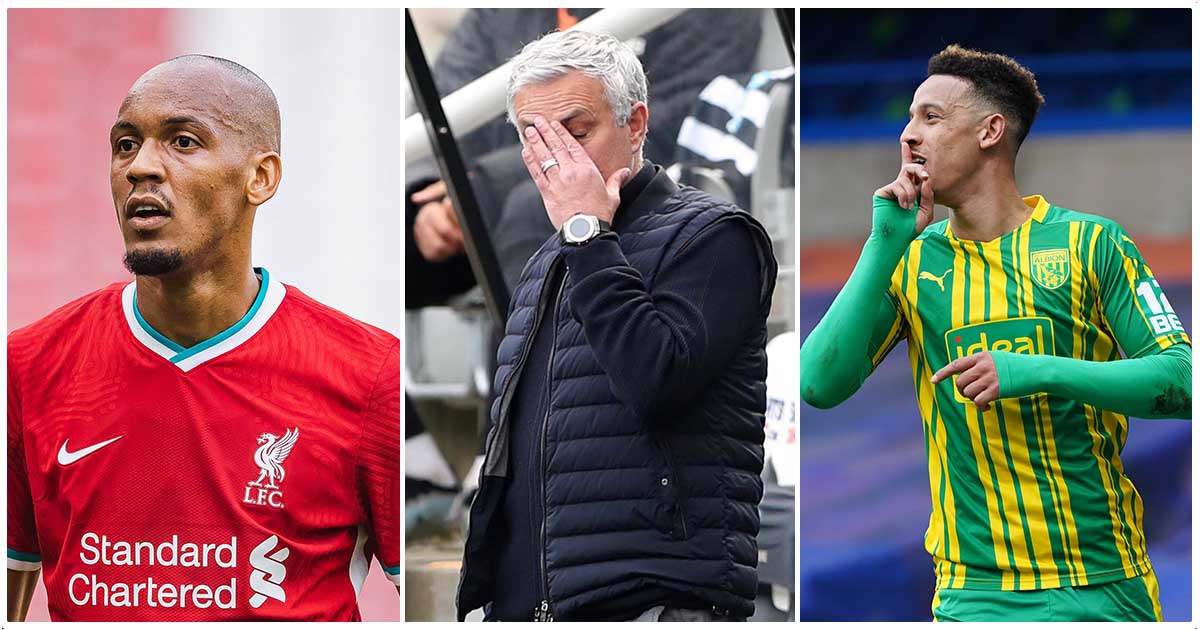 Every week we preview three fascinating things to look out for in the big Premier League games, with further analysis from Betfair’s Football…Only Bettor podcast

7-2 spectre haunts crucial game for both sides’ European hopes
Prior to Tuesday’s Champions League defeat it looked like Liverpool finally have their season back on track, thanks partly to Diogo Jota’s return from injury but mostly Fabinho’s return to central midfield. His sweeping-up of second balls, strong tackles and forward-thinking possession recycling is allowing Liverpool to sustain their attacks for longer. As a knock-on effect, the full-backs can stay higher, improving their output, and the front three can gradually grind teams into submission as they did throughout their title-winning season.

Real Madrid were too strong, but the visit of Aston Villa is perfectly timed to rebuild their Premier League campaign, at least. If the 3-0 win over Arsenal represents a symbolic turning point, who better to come to Anfield than the team who triggered the crisis with a 7-2 win back in October? Liverpool can exorcise the demon and break the curse, announcing their revival just as the top four moves back into sight.

But Villa are far from easy opponents. Dean Smith’s side are at their best when forced to sit deeper and play on the counter-attack, and even without Jack Grealish there is enough menace in Trezeguet and Ollie Watkins to spread panic through the Liverpool back line. A win for the visitors would spark a challenge for the Europa League spots. October’s madness tells us not to write Villa off.

From Betfair’s Football…Only Bettor podcast: “I want to know if Jack Grealish is playing for Villa. But I think Villa can be competitive. They are capable of keeping things tight.”

Back Liverpool to win and BTTS at 9/5 (Betfair)

What will it take for Levy to pull the trigger?
The vast majority of Spurs fans had already given up on Jose Mourinho long before he told BBC 5Live that his side’s inability to hold onto leads was a case of “same coach, different players”. It was a pretty remarkable statement that, read one way, is essentially Mourinho admitting he isn’t a very good coach. If a manager is only as good as his players – is unable to eradicate mistakes, affect the outcome of a match, or improve the collective – then he is pretty much useless.

We are way past the point at which Mourinho can salvage this. Few managers deliberately entangle tactics and emotional mindset quite as powerfully as Mourinho, whose brand is now so damaged, while the Spurs players are trapped in an oppressive system that depresses the mind and dulls the body. Even when he supposedly tells them to play attacking football they cannot help but shrink, turn inwards, retreat like a beaten dog. That’s what happens when bitter psychological warfare is matched with woefully out-dated tactics.

The problem for Spurs fans is that fumigating Mourinho out of north London will require an awful lot of humility from Dan Levy. This isn’t just about admitting his error, or even the huge severance package. It’s about standing up to Mourinho; it’s about letting go of his misty-eyed reverence towards the Special One and confronting the brutal truth that his huge emotional investment in Mourinho was a mistake.

That takes serious guts, and it may well mean Levy is more susceptible than most to Mourinho’s tricks. Levy needs Mourinho’s excuses to be true, which may lead to misplaced loyalty; to another summer of spending and another year of toxic decline. Spurs fans could be forgiven for starting to hope their team lose, because it may take a full-blown collapse for Levy to pull the trigger and guide the club back towards the Pochettino era.

Losing to Manchester United wouldn’t plunge the club any deeper into crisis, but as a counter-point to the reverse fixture it would nevertheless be meaningful.

This weekend is the mirror image of the fourth set of Premier League games in October, that insane 41-goal round when we first realised the 2020/21 season would be badly affected by the pandemic, and when Tottenham’s 6-1 win at Old Trafford wasn’t even the headline result.

Obviously we won’t get another game like that, but a United win would highlight just how far Spurs have fallen away from the top end of the table. Ole Gunnar Solskjaer is very good at making ‘Big Six’ teams look flat by sitting his United team in a cagey midblock, which suggests Tottenham will once again seem lifeless and lost on Sunday. United are likely to get the three points, potentially leaving Spurs as low as eighth by the end of play.

That’s not enough for Levy to pull the trigger, but with Everton at Goodison Park, the following Friday Spurs might be a week away from their top-four hopes ending completely. Surely then Levy will ask himself the most painful of questions.

From Betfair’s Football…Only Bettor podcast: “Spurs struggle to create in big matches. They sit back and try to play on the counter-attack and it’s what Mourinho will tell them to do here. United struggle to break down teams but I want them onside.”

One outrageous shot at the great escape
Sam Allardyce believes West Brom need five wins from their final eight games to avoid the drop, which would make it the greatest Premier League escape since Leicester City’s in 2014/15. The Foxes had 19 points after 29 matches played and won seven of their final nine to stay up. West Brom had 18 points after 29 games before last weekend’s 5-2 win at Chelsea.

The symmetry is encouraging for West Brom fans, although it speaks volumes that Leicester won the Premier League title the following season; you pretty much have to be the best team in the country to pull off a great escape of the type Allardyce is attempting.

But a home game against Southampton offers encouragement. Ralph Hasenhuttl’s side are poor on the road and although they beat Burnley last weekend, they haven’t won back-to-back league games since December. West Brom’s momentum offers a glimmer of hope.