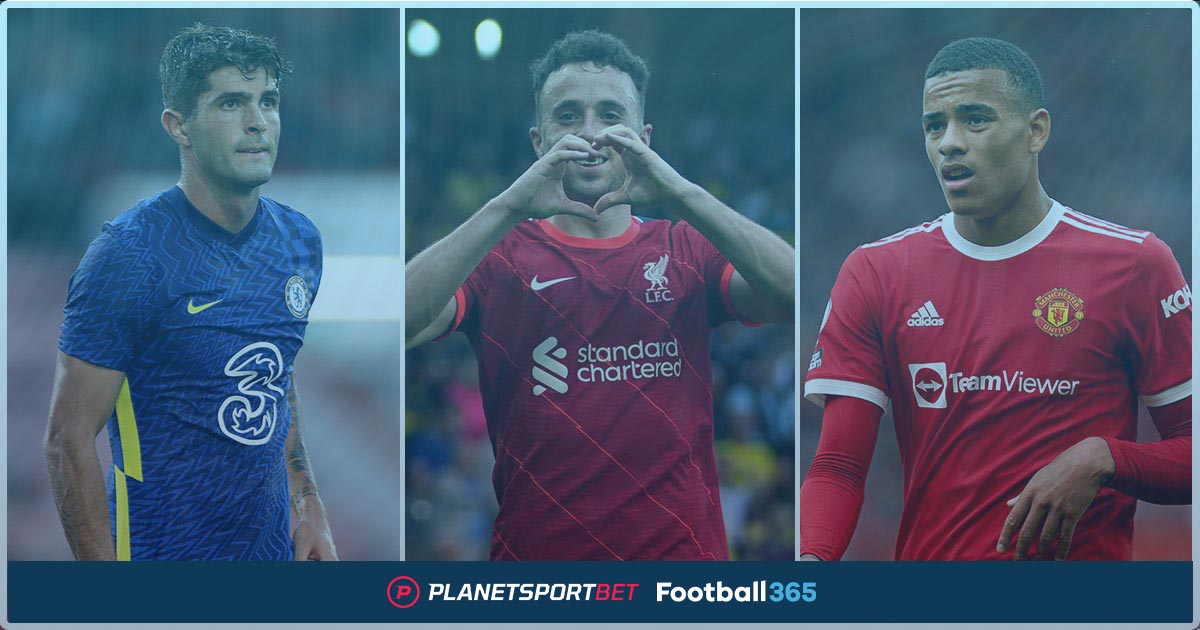 Arsenal v Chelsea should be a cracker this weekend, but we start with Liverpool hosting Burnley at Anfield, while Man United travel to Southampton.

Anfield crowd can lift Liverpool to another title challenge
Why are pundits so reluctant to back Liverpool for the title? The problems last season were almost entirely the result of defensive injuries and the lack of supporters at Anfield, which – though not unique – does have a huge influence on how Liverpool play; Jurgen Klopp deliberately crafted a style of football around the energy of the crowd.

Both of those problems have been fixed. The return of Virgil van Dijk to central defence is a monumental lift, especially as it will allow Fabinho to return to central midfield, where the Brazilian’s ability to screen the defence and play the ball quickly forward was vital to their 2020/21 title win. Klopp needs his team to attack relentlessly, to send wave after wave forward until the high press – and the Anfield crowd – force the ball into the net.

Last season Liverpool won 10 points from their four Anfield matches with fans present. They also collected 26 points in an undefeated final 10 games of the season, and although an ageing front line could have done with reinforcements this summer, Diogo Jota’s recovery will feel like a new signing, as the cliché goes. He only managed 12 Premier League starts last year.

Burnley is the perfect way to start. Sean Dyche’s side were the team that ended Liverpool’s 68-game unbeaten run at Anfield last January, so the psychological boost of avenging that result would be huge. The Clarets just don’t have the quality – or the confidence after an opening-day defeat – to handle the atmosphere at the first full-capacity Anfield game since March 2020.

Saints’ defence a big test of Man Utd’s progress
The swaggering machismo of Man Utd’s 5-1 victory over Leeds United had a pleasingly Manchester United Football Club feel to it. From Paul Pogba’s genius to the way Bruno Fernandes thumped a half-volley into the roof of the net for the fourth goal, United looked like the Sir Alex Ferguson teams of old: blunt, brutal killers.

Ole Gunnar Solskjaer has always wanted his team to play this way, evoking the glory days as inspiration for his forwards to play direct attacking football; to bully visitors to Old Trafford with waves of pressure. But it’s one thing to do that against Leeds, a team they beat 6-2 last season.

The real test of their progress is whether they can do it against a deep-lying defence, one that needs to be carefully prised apart with the tactical attention to detail we have so scarcely seen from Solskjaer. His theory, it seems, is to overcome this problem with brute force and individualism, hence the signing of Jadon Sancho to burst through the shell and create chances. It might just work, especially if supporters make the Premier League a more emotional environment.

Solskjaer needs to build momentum for this plan to work, which is why a trip to a worryingly-light Southampton could be the perfect game to show off their attacking flair; to score freely against a defensive team, even if – long-term – it might not actually be proof of very much, should Saints plummet towards the foot of the table this season. United should start fast, too, so there’s value in Man Utd to win the first half at 23/20 (Planet Sport Bet).

Ralph Hasenhuttl has a huge job on his hands. A record of 14 points from the last 22 Premier League games shows an alarming slide, and that’s before factoring in the loss of Danny Ings, Jannik Vestergaard and Ryan Bertrand. That tried-and-tested 4-4-2 is looking stale. The bench is looking thin. A centre-back partnership of Jack Stephens and Mohammed Salisu is among the worst in the division. United ought to breeze through this game.

Lukaku-inspired Chelsea to capitalise on Arsenal’s meekness
The return of crowds has sent a jolt of electricity through the Premier League, which appears to have made a full and instant recovery from the cold and passive football that has haunted empty stadiums over the last 14 months. Well, maybe not a full recovery. Arsenal are still Arsenal.

In hindsight, away at Brentford – where fans experienced their new stadium for the first time and their first top-flight football for 74 years – was arguably the most difficult opening fixture Mikel Arteta could have been given. A team struggling to play with energy or purpose could really do with more time in the clinical, draining environment of empty stadiums – and certainly not a curtain-raiser in the most raucous atmosphere imaginable.

The Emirates crowd will give Arsenal a warmer, more comforting welcome, yet we know from experience that it can be a hostile place when things aren’t going well. And during these first few weeks of the campaign, as teams attempt to readjust to the shock of playing in an emotionally volatile setting, the supporters will have an unusually large influence on the outcome of matches. As the 34-goal opening weekend suggests, we are about to witness the exact inverse of what happened this time last year when 6-1s and 7-2s reflected the players’ struggle to get to grips with the chaos of empty stadiums. Over 2.5 goals looks worth a bet at 21/20 (Planet Sport Bet).

It isn’t exactly ideal that Arsenal’s first home game is against Chelsea, the kind of confident and ruthlessly energetic side that will pounce on any timidity. If Premier League football is to become an exaggerated psychological battle then Sunday’s headline fixture could be lambs to the slaughter; a fragile, wounded Arsenal jittering under the pressure of a frustrated crowd versus the fearless European champions welcoming Romelu Lukaku to the starting line-up.

Last season Thomas Tuchel imposed a calm possession game at Chelsea that focused on rigid structure and ball retention – a reaction to the unique variable of the pandemic. But this season we should see more of the flexible, hard-pressing, incisive Tuchel we were promised on his arrival. If Chelsea can play in vertical lines, if Timo Werner and Kai Havertz can bounce off Lukaku, then Arsenal might just be blown away by the visitors’ intelligence.

The Treble: Liverpool to beat Burnley to nil, Man Utd to beat Saints with a -1 handicap and Chelsea to beat Arsenal and over 2.5 goals at 13.58 (Planet Sport Bet).