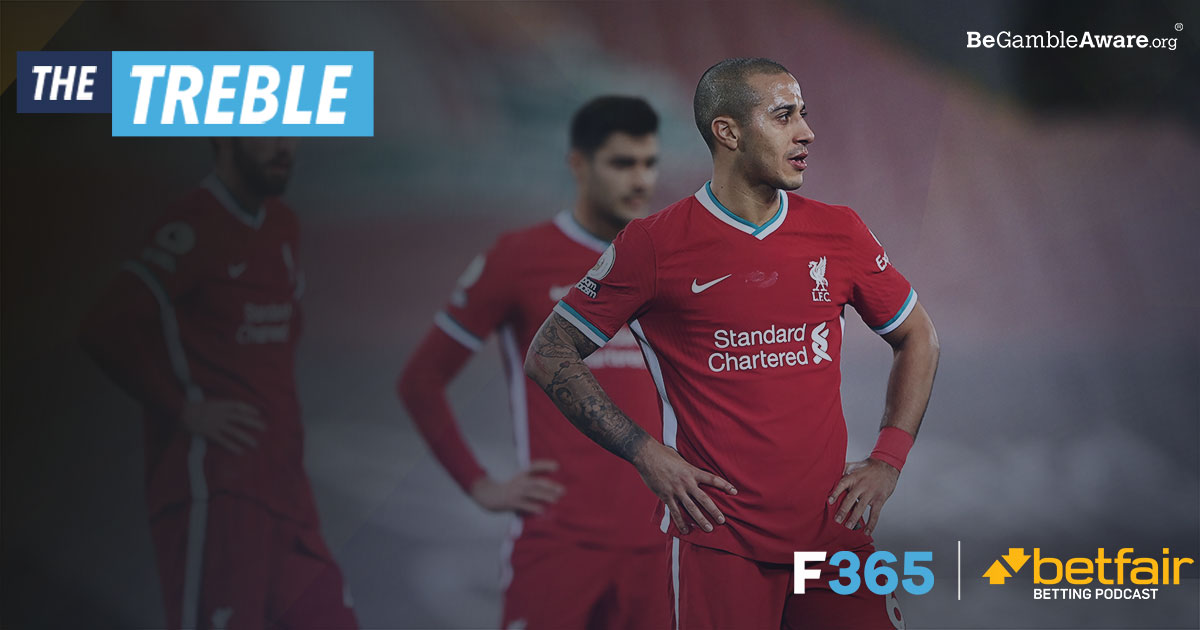 Burnley visit a reminder of how far Mourinho has fallen
Tottenham last welcomed Burnley to north London in December 2019, and what an innocent time that seems now. We knew nothing of the pandemic that would upend our lives, and Tottenham fans – enjoying some impressive early form under Jose Mourinho – new nothing of the infection that was about to spread through their club.

Spurs won the game 5-0 in what seemed like emphatic evidence that Mourinho had, as promised, turned a corner and would welcome attacking football at the Tottenham Hotspur stadium. Heung-Min Son’s remarkable solo goal spoke to the creative freedom Jose had unleashed; Joao Sacramento gesticulating on the sideline spoke to Mourinho’s evolution towards a more progressive style of football.

Fourteen months later, Mourinho’s post-match comments after the defeat to West Ham read not just as an abdication of responsibility but as the first moves of the endgame. To suggest he was the best coach in the world betrayed the arrogance that has stopped him evolving with the times. To suggest he could not fix the problems was damning – and unforgivable.

In their current guise it seems implausible that Spurs will avoid a tedious game on Sunday. Burnley will play to frustrate, and even if the hosts pick up the three points it will be too ugly and attritional to appease the supporters. There is no way back for Mourinho, whose high water mark in Tottenham turns out to have been that 5-0 win over Burnley just over a year ago. The speed of his decline has been startling, even by his standards.

A daunting first test of Chelsea’s progress under Tuchel
Things could hardly have gone better for Thomas Tuchel so far. He has quickly implemented precisely the sort of ruthlessly structured, positionally disciplined formation that was so starkly absent under Frank Lampard, and in the process taken Chelsea back towards the top four.

But for all the regimentation and order, for all the calming of the Lampard chaos and rapid strengthening of a leaky defence, it is fair to say Chelsea haven’t really been tested yet. Across eight games in all competitions Tuchel could not have asked for a less threatening set of opponents, with even the likes of Tottenham Hotspur and Atletico Madrid looking bereft in front of goal this calendar year.

Nevertheless Chelsea have looked impervious to the counter-attack so far, such is the precision in that 3-4-2-1 shape as it scuttles back and forth in unison across the pitch, and the players are clearly responding well to having a disciplinarian and tactics geek at the helm. Well they might: Callum Hudson-Odoi knows what happens if you don’t listen to teacher.

But it’s easy to look strong in the transition, to calmly control possession and probe for the opener, when your opponents have so little interest in attacking, and while that hesitancy is partly because Tuchel is forcing them back, Chelsea are always going to look organised when facing a Newcastle, or a Burnley, or an Atletico Madrid team playing six at the back.

Manchester United will have no such fear, and will prove a stern test not just because of the firepower they possess but because Ole Gunnar Solskjaer likes to set up a spring-loaded team in these ‘Big Six’ matches.

Solskjaer will happily pour bodies forward and look to break quickly through Bruno Fernandes and Marcus Rashford, and although there is a chance United’s openness (in terms of tactical sophistication, Solskjaer is the opposite of Tuchel) will give Chelsea a rare chance to stretch their legs in the final third, it is just as likely Tuchel’s defence will look brittle for the first time.

If that suggests we’ll have plenty of goals in this one, then a note of caution: this is a huge game for Man Utd, and unfortunately fear of defeat could lead to both sides playing more conservatively than neutrals would like.

United have picked up just nine points from their last six games and are in real danger of falling into a slump, so with Chelsea a mere six points behind, defeat could have serious ramifications for their season. Solskjaer’s side are closer to dropping out of the Champions League places than you might think.

But on balance, a low-scoring game doesn’t seem likely. With Rashford, Anthony Martial and Edinson Cavani putting Chelsea’s 3-4-2-1 under pressure for the very first time, this will be the most entertaining game of the Tuchel era to date.

From Betfair’s Football…Only Bettor podcast: “Chelsea have been efficient rather than spectacular under Thomas Tuchel and are set up well to get something from this game. Playing Tuesday to Sunday will help Chelsea too, with United playing in the Europa League on Thursday, although Ole Gunnar Solskjaer will probably rotate his squad.”

A chance to reset that Liverpool cannot afford to miss
Liverpool have now lost four games in a row at Anfield for the first time since 1923. This dreadful run of form is no longer being compared to historic reigning champions but to the club’s entire history, and with that shift in statistical comparison comes a shift in tone: we’ve moved from Jurgen Klopp needing a rebuild to Jurgen Klopp needing a rest.

He denies that, of course, and there remains a strong possibility Liverpool will come roaring back next season. People may well be tired of hearing about their injury record, but frankly the scale of their injury crisis still isn’t being fully appreciated in the punditry; there is no point questioning whether Klopp has lost his magic touch when their first four centre-back options are all out injured.

To blame injuries isn’t oversimplifying the problem… the problem really is that simple, and while the club could have worked harder to bring a centre-back into the club in the summer window, and although Klopp made a choice when he dismantled midfield to patch up the defence, the situation is without precedent.

A team so reliant on one-goal margins of victory, on forcing a winner after relentless pressure, and on using the Anfield crowd to their advantage, is understandably suffering badly. Let’s put criticism of Klopp on hold for now.

Nevertheless he needs to find a solution over the remaining 13 games of the season and Sunday’s game is the perfect opportunity for a re-set. Sheffield United, on a three-game losing streak, have already thrown in the towel. “They won’t have to put up with us much longer,” Chris Wilder said after the defeat to Fulham last weekend.

Surely even this Liverpool team can find enough momentum, enough creativity, to break through the hosts and record a desperately needed three points.