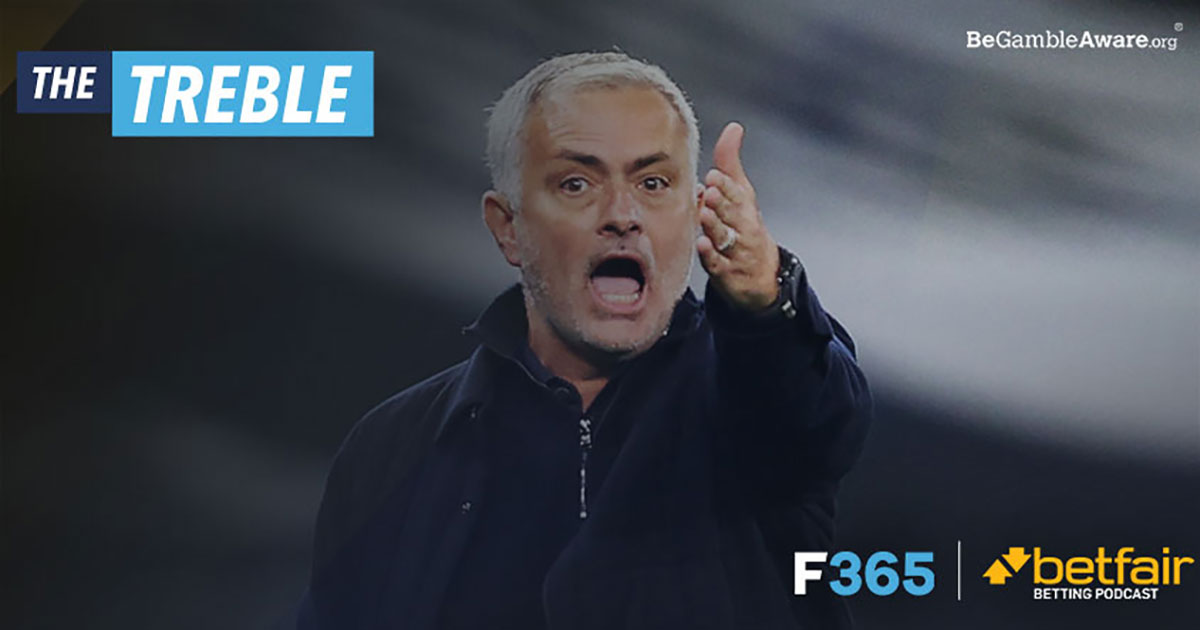 Every week we preview three fascinating things to look out for in the big Premier League games, with further analysis from Betfair’s Football…Only Bettor podcast – including Mourinho facing budget Mourinho…

Moyes to show Mourinho how it’s done?
It’s one thing to be undone by the best team in the country and to look on longingly, wishing you had a manager committed to expressive and aesthetic football. But the anger and existential ennui that Tottenham Hotspur supporters are feeling would hit another level should Jose Mourinho be bested by a manager doing exactly what he does, only better.

West Ham sit above Tottenham in the table playing a relatively conservative style of football masterminded by a pragmatist who peaked in England around the same time; David Moyes finished fourth with Everton in the same year Mourinho won his first Premier League title. There’s a double humiliation in feeling like your team plays an out-dated (and boring) style of football and that someone else in the division is doing it better than you, only with significantly smaller resources.

That is unfair on Moyes and West Ham, of course, who are more confrontational than expected this season and have shown a surprising amount of tactical flexibility, most recently using Jarrod Bowen as a false nine in the 3-0 victory over Sheffield United. But the fact that Moyes’ renaissance in east London is led by progressive thinking, and evolution with the times, only adds to the frustration among Spurs fans.

Not only did Daniel Levy appoint someone who had already shown the world he was in decline while struggling at Manchester United, he didn’t even appoint the best one of those. Again, that’s a disrespectful take on Moyes, but you could forgive Spurs fans for feeling that way as things continue to unravel for them domestically.

We often try to use football as escapism but it always reflects whatever we are trying to escape, and sure enough the pandemic discolours the sport even as we try to look away. That’s just the nature of consciousness, sadly. Our internal world layers a filter on the external world, refracting and corrupting what we see and do; making everything symbolically loaded. That is why Tottenham fans feel particularly bored and frustrated, see meaninglessness and no hope of progress, while watching Mourinho’s team in the middle of a lockdown.

Not that their complaints are illegitimate. Should Spurs lose at the London Stadium on Sunday it will serve as a reminder that direct and pragmatic football can actually be fun. It isn’t just that Mourinho’s tactics don’t fit in with Tottenham’s ethos. It’s that even by comparison to coaches of the same ilk and era, he is underperforming.

From Betfair’s Football…Only Bettor podcast: “Last week’s defeat to Man City was alarming for Spurs. It’s four defeats in five in the Premier League. Playing away in the Europa League on Thursday could leave them tired. I like West Ham. They know exactly what they’re supposed to be doing and the same cannot be said of Spurs.”

Arteta to show just how far he’s separated from Guardiola
Although this is the sixth meeting between Arsenal and Manchester City since Mikel Arteta’s appointment it is the first time Arteta faces Pep Guardiola as more than just his protégé. Every previous meeting has seen Arsenal attempt to copy City’s model – of slow possession in a carefully-crafted formation that shuttles up and down the pitch in unison. But now, after a crisis in the first half of the season forced a change, Arteta and Guardiola meet with surprisingly different ideas of how to play the game.

Arteta had a regal education under Guardiola but ultimately learnt just as much from the school of hard knocks; from the spiralling form that appeared to briefly put his job under threat. Credit to Arteta for adapting, for shaking things up with a more trial-and-error approach that abandoned the patient pretty patterns he’d learnt at City in favour of a system that suited the talent at his disposal.

These days Arsenal are all about guts and drive; about incisive vertical football, direct dribbling and counter-attacks. It is a huge departure from Guardiola, even if Arsenal continue to pass the ball out from the back with a delicacy that can prove dangerous. And so on Sunday Arteta goes head-to-head with Guardiola as a rounded manager who has cut his own path: more adaptable, resilient and skilled as a result.

It should make for an entertaining game. For all their brilliance during this 16-game winning streak Man City haven’t yet been tested by a counter-attacking side that’s both in form and technically gifted. There aren’t many of those about, but with Emile Smith Rowe, Nicolas Pepe, Bukayo Saka and Pierre-Emerick Aubameyang all playing on the half-turn, all driving at the opposition, Guardiola needs to be more wary than usual.

City’s high line and wide back three looks risky, and if Dani Ceballos can play with the same sort of bravery we saw in Arsenal’s 4-2 win over Leeds United then the hosts could evade the press and break behind the league leaders. Man City rightly remain favourites. But there should be a little bit more chaos than Guardiola will be comfortable with.

From Betfair’s Football…Only Bettor podcast: “I’m very keen on the away side here. Everyone knows they’ve won their last 17 matches. They have won nine of their last 10 against Arsenal who have a day less rest after playing in the Europa League.”

Deceptively difficult challenge for Man Utd
On the surface, all the signs point to a simple home win for Ole Gunnar Solskjaer despite his team picking up just six points from their last five Premier League games. Newcastle United are pretty poor at the best of times, and against the ‘Big Six’ have too often been caught half-way between sitting deep and pressing – and ultimately getting lost in limbo.

But there was an improved defensive structure to the narrow 4-3-3 deployed against Chelsea, and Man Utd’s 1-1 draw with West Brom was defined by Sam Allardyce’s use of a resolute low block. If Steve Bruce preaches that level of caution and territorial retreat then it is possible Man Utd will once again lack a cutting edge in the final third.

It is too early to say if Man Utd are back on the downswing, which historically under Solksjaer has been defined by an inability to create chances against bottom-half teams, but to drop points against Newcastle would perhaps signal the beginning of one. This is a deceptively difficult challenge – and a deceptively important game.