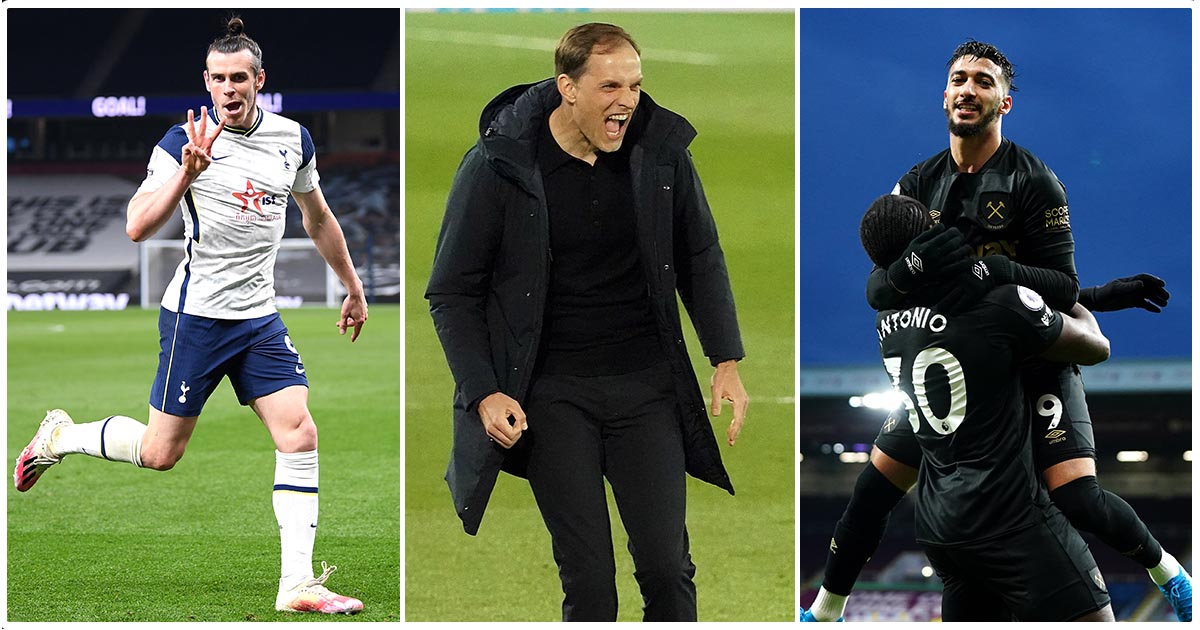 Every week we preview three fascinating things to look out for in the big Premier League games – including Man City v Chelsea – with further analysis from Betfair’s Football…Only Bettor podcast.

Just how Pochettino-y is Ryan Mason?
It was only Sheffield United. That’s the caveat Tottenham fans must repeat to themselves like a mantra when looking back on their 4-0 win last weekend. Everyone looks good against the Premier League’s rock-bottom team.

But not everyone looks like they’re channelling Mauricio Pochettino tactics. Ryan Mason’s Spurs were constantly on the front foot, pressing high and hard but also rediscovering the rhythms of the Pochettino era: Toby Alderweireld hit raking diagonals, the full-backs were practically wingers and Dele Alli looked to get beyond Harry Kane.

It was all rather exciting. But, yes, it was only Sheffield United. A trip to Elland Road will teach us just how far Mason is prepared to take the Pochettino tribute act, because to be adventurous and attack-minded against Marcelo Bielsa’s Leeds takes serious guts.

And it would probably work, given how Leeds’ man-to-man marking system can leave them chasing shadows when the opposition looks to run straight through them. With Gareth Bale and Heung-Min Son back in form, a sharp-edged and fearless Tottenham performance would see them flourish in the chaos.

From Betfair’s Football…Only Bettor podcast: “Spurs are reasonably solid favourites here. Leeds are trying to finish in the top half but they could be missing key players Raphinha and Kalvin Phillips. I wonder if the goal line is too high at three. Eight of Leeds last 13 went under 2.5 goals. At Elland Road they’ve been mellow.”

Man City v Chelsea will show English football’s future
All the build-up to this weekend’s main event will focus on the upcoming Champions League final, already being billed as a battle between England’s two brightest talents Phil Foden and Mason Mount. There is every reason to believe Saturday’s match will serve as a fairly accurate dress rehearsal, too, partly because the two managers already know all about each other following the FA Cup semi-final last month and partly because both clubs will be going all out for the win.

For Chelsea, a top-four battle with West Ham United and Tottenham Hotspur prevents Thomas Tuchel from resting any of his players, while Pep Guardiola will play a full-strength side in an attempt to sew up the league title this weekend. Manchester City need three more points to win the Premier League; to do it in front of Chelsea would be a useful power move ahead of their showdown in Istanbul.

But the relevance of this fixture goes well beyond events this May. What we have seen from Tuchel’s Chelsea these last few months suggests they will be challenging Man City for domestic honours over the next couple of years as a new rivalry looks set to replace the Klopp-Guardiola era.

The shape of Tuchel versus Guardiola might be very different from the furious gegenpressing of the defining derby of the last four years. Chelsea are increasingly willing to sit back a bit and hit opponents on the counter-attack (as they did in both legs against Real Madrid) while Man City have become a slower, more midfield-heavy team over the last 12 months.

Their respective adjustments in defensive line and pressing intensity may simply be a reaction to how the pandemic has affected football, although there are plenty of signs that the tactical landscape of European football is changing – bouncing back from German heavy metal towards something more measured and reactive. From Diego Simeone and Antonio Conte enjoying strong seasons on the continent, to Jose Mourinho pipping Maurizio Sarri to the AS Roma job, to Mauricio Pochettino setting Paris Saint-Germain up to play on the counter, there is a sense the tectonic plates are shifting.

Whether or not that is the case, certainly Saturday’s game will be defined by caution over risk. Chelsea’s counters are getting better all the time as Timo Werner, Kai Havertz and Mason Mount learn how to play Tuchel’s cutting vertical football, and their threat will be enough to force Guardiola into something more tentative. That should leave us with a low-scoring draw.

From Betfair’s Football…Only Bettor podcast: “I’d have City at marginal odds-against. There’s a lot to play for as well as being a warm up for the Champions League final. This could be very similar to the FA Cup semi-final which ended 1-0 to Chelsea. These are two very strong defences and we’ll see a midfield battle.”

Benhrama can fire West Ham back into top-four contention
When Leicester City won the Premier League title in 2015/16 they kept momentum thanks to a knack for individual players to hit form at different points throughout the season with a neat overlap to keep things ticking along: by the time Jamie Vardy’s goalscoring streak came to an end, N’Golo Kante was pulling up trees; by the time Riyad Mahrez’s form started to dip, Wes Morgan dragged Leicester over the line with clean sheets.

Obviously West Ham qualifying for the Champions League isn’t a comparable achievement, but nevertheless it is interesting to note they have followed a similar trend of form strings through 2021. Just when the Rice-Soucek axis was broken up, Jesse Lingard came in to liven things up, and just as his form starts regressing to the mean, suddenly Said Benrahma is finding his feet.

The former Brentford winger has taken a surprisingly long time to settle, but in the 2-1 victory over Burnley last weekend he showed just why West Ham paid £21 million for his services. Starting on the left, Benrahma was menacing throughout, dribbling directly at opponents and swinging in dangerous crosses – including the assist for the winner.

More importantly, he drifted infield to help Lingard and Manuel Lanzini, giving West Ham a new potency on the counter-attack that should come in handy against a pretty lacklustre Everton midfield. Carlo Ancelotti’s side remain soft without Abdoulaye Doucoure, which ought to allow Benrahma to pick up where he left off and lead West Ham to victory.

From Betfair’s Football…Only Bettor podcast: “West Ham have been good fun to follow this season while Everton remain unpredictable. Both sides scoring is a bet that often pays out in the Hammers’ matches. They have just one clean sheet in 10.”