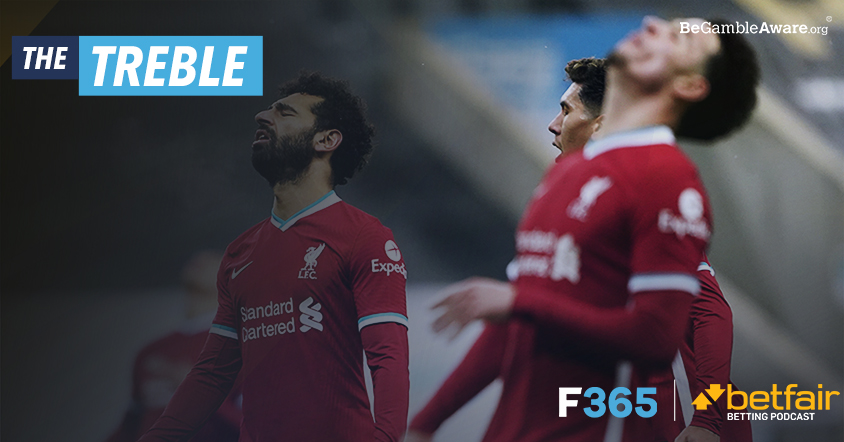 Mourinho v Bielsa will defy expectations
Even by our usual hyperbolic standards we are wildly overreacting to spells of form this season. A compressed league table, with only seven points separating the top nine, means it only takes a couple of wins or a couple of defeats for a club to enter fresh crisis or fresh renaissance.

Most level-headed football fans haven’t lost their respect for Bielsa, of course, and indeed I’m sure Football365 readers revelled in seeing Leeds grind out an ugly, combative 1-0 win over Sean Dyche’s Burnley shortly after several prominent pundits had accused Bielsa of lacking pragmatism.

But the circus will go on, and Mourinho v Bielsa will be defined by supposed opposites: pragmatist versus idealist; defensive versus attacking.

A more measured preview would tell us Bielsa’s Leeds aren’t generally involved in high-scoring games when they are allowed to dominate the ball, because a low opposition block limits the value of pouring bodies forward. This game is likely to be low-scoring but frantic game – a tense, full-blooded, claustrophobic and wholly absorbing one, but not the end-to-end chaos many anticipate.

Controlled City likely to put further pressure on Lampard
Manchester City have gained on league leaders Liverpool over the Christmas period but it’s been more of a slow grind than a resurgence. Pep Guardiola’s obsession with controlling the variables, with avoiding chaos at all costs, hasn’t been particularly well-suited to the unique challenges of pandemic football.

Or perhaps it has just taken him a while to recalibrate to the new normal, and as the rest of the division cedes control, giving in to the lack of structure to 2020/21, City are beginning to settle into a new style of discipline and domination under Guardiola.

Man City have conceded two goals in their last ten games in all competitions, thanks in part to the re-emergence of John Stones but mostly because of the manager’s newfound conservatism, manifesting as an unshakeable faith in the slightly-tedious Gundogan/Rodri axis; the sacrifice of incision for restraint.

Part of this is has been enforced, of course, and City’s bluntness in the final third may well be solved by the return of Sergio Aguero to the starting XI this weekend. And yet there is a sense Guardiola has deliberately slowed things right down, ensuring their possession is more structured – more risk-averse – than ever, now that pressing intensity must drop.

Their polar opposite is Chelsea, who continue to manage pandemic football with a wild commitment to attack and very little tactical structure in possession – hence the waves of good form followed by sudden dips like the one endured over Christmas. An individualistic team is an emotionally volatile one, more vulnerable to the effects of confidence than the hyper-zonal, hyper-intense scaffolding provided by Guardiola at City.

It is the reason Chelsea are not in a title challenge this season, despite the fact they are only currently seven points adrift of Liverpool. Defeat on Sunday would likely leave them ninth in the table, and it is quite right that critics are beginning to question Frank Lampard’s long-term suitability to the role.

It was always going to be difficult integrating so many new signings at the same time, but by this stage of the season we should at least have some hint of Lampard’s plan. Instead Chelsea’s attacks continue to look disordered, not least because Timo Werner and Kai Havertz are being played out of position; the former on the left wing rather than in the left half-space and the latter in a considerably deeper role than at Bayer Leverkusen.

There is nothing wrong with asking players to adapt to a new system but it would helpful to know what that system actually is. At the moment, it looks as though both players are being asked to unlearn years of elite coaching and retrain…without actually getting any training.

Chelsea look a little lost, and that points to a City win this weekend. The visitors will look to control things and inspired by Aguero’s return can suck the energy out of Lampard’s side. Chelsea are considerably more conservative in games like this and will happily sit back, looking to counter-attack when possible, but a low-tempo game at Stamford Bridge favours Man City. Even with Hakim Ziyech back Man City can expect to keep them at arm’s length; structure normally trumps improvisation.

City are grinding through the gears, confidence gradually returning now that Guardiola has found a way to re-capture control of unwieldy pandemic-hit games. Chelsea certainly aren’t in control at the moment. That should define this one.

Both clubs are slowing down over the hectic festive period, huffing and puffing to no avail. Southampton can blame a relatively small squad and their dependence on Danny Ings, Che Adams and James Warde-Prowse to create and score chances. Ralph Hasenhuttl’s heavy-pressing 4-4-2 relies on quick counter-attacking goals, and therefore is perhaps too intense to last this particularly demanding season.

Liverpool’s sudden slowdown is also related to fatigue. Jurgen Klopp has the squad depth to rotate and has been doing so – in midfield and defence. But between them Sadio Mane, Mohamed Salah, and Roberto Firmino have sat on the bench four times in the Premier League, missing a grand total of 390 minutes from a possible 4320. All three started the draws against Fulham, West Brom and Newcastle.

It’s been a wearying few weeks, and with Diogo Jota still injured Liverpool might just drop another two points on Monday, handing Manchester United to close in.