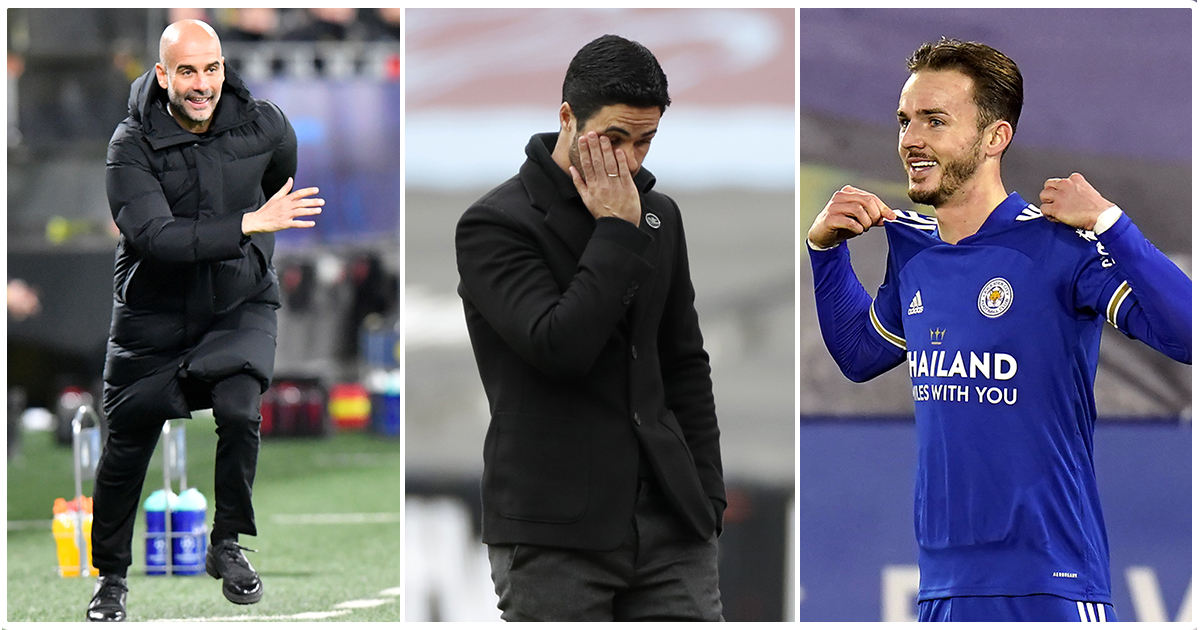 Every week we preview three fascinating things to look out for in the big Premier League games, with further analysis from Betfair’s Football…Only Bettor podcast. This week, we take a look at the two FA Cup semi-finals plus, Arsenal’s league clash with Fulham.

A first look at next season’s title battle
When he first arrived at Stamford Bridge many expected Thomas Tuchel’s early days to resemble Jurgen Klopp’s at Liverpool, in that heavy pressing and constant tactical tweaking would make Chelsea a little unstable until things eventually clicked. But instead, it is the man Tuchel faces at Wembley on Saturday, Pep Guardiola, who has been the biggest inspiration on the new Chelsea manager.

Tuchel has implemented a remarkably solid defensive structure and uses the same low-tempo football that has defined Man City’s domestic season, copying Guardiola’s model for how to play pandemic football. Controlling the chaos through the calming rhythms of possession, it is a major departure from the pressing and the formation switches we saw from Tuchel at PSG, suggesting the strategy is a deliberate attempt to mimic Guardiola’s successes through these unprecedented times.

This weekend the two managers face each other for the first time in England, and while their respective emphasis on order suggests it won’t be a great game (their last two meetings, in Der Klassiker, ended 0-0) it will serve as the opener in a new rivalry. The Premier League’s Klopp-Guardiola years may or may not be over, but either way the Tuchel-Guardiola battle looks set to define the next couple of seasons.

Chelsea have the squad, the summer budget and the manager to take a serious run at the title next season. Win their FA Cup semi-final on Saturday and they will lay down a marker for the 2021/22 season – as well as becoming the favourites to win two pieces of silverware in May. Chelsea v Man City seems the most likely Champions League final. A new era, a new rivalry, is born on Saturday.

Parker must capitalise on Arsenal’s on-going wobble
The mood ahead of this one will likely be defined by what happens on Thursday night in the Europa League, although to be honest even if this was written on Friday morning we wouldn’t know any more about Arsenal. They are infuriatingly inconsistent to the point of being completely random. Fulham might face a cohesive set of sprightly young playmakers ready to tear them apart. Or they might face an ambling mess of a team frightened by their own shadows.

Fortunately for Arsenal fans, Fulham aren’t in the best headspace themselves. West Brom’s back-to-back wins and Newcastle’s victory over Burnley have put Scott Parker’s side in a weak position, leaving the sense that they have simply left it too late. Fulham are six points behind Newcastle having played an extra game. They need to win at Arsenal to stay close. Knowing Fulham, they will fall just short.

Faltering Leicester badly need a lift
To be a fly on the wall in the Leicester City dressing room right now. Certainly from the outside it feels as though another collapse is round the corner, that the ghosts of last season’s slide out of the top four are still haunting the club. Maybe the players remain calm, focused, confident. Or maybe they are quietly trembling, convinced of their destiny following back-to-back league defeats and, more worrying still, the Covid-19 protocol breach.

It does have the look of a season-defining moment, of the thing everyone points to in May as the time Leicester’s campaign unravelled for the second consecutive year. But confidence is a funny thing, easily knocked and just as easily regained: win at Wembley on Sunday and Leicester, who have never lifted the FA Cup, will restore pride at just the right moment.

James Maddison, Ayoze Perez and Hamza Choudhury all returned to training on Wednesday and are in contention to start against Southampton. Only Maddison is likely to be picked, and should he play a starring role then no doubt all will be forgiven and Leicester, with the slate wiped clean, can focus on holding onto their Champions League spot.

It is a pivotal moment. Lose, and heads will drop further.