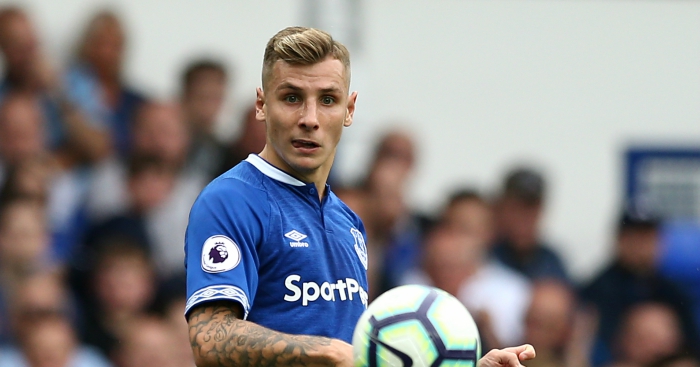 Everton left-back Lucas Digne has revealed the two times he rejected the chance to join Liverpool.

Digne joined Everton from Barcelona this summer for around £18million.

The 25-year-old’s signing was met with raised eyebrows by some, due to his ‘You’ll Never Walk Alone’ tattoo.

He revealed last month that the message has a different meaning to the Liverpool motto, and that he turned down the Reds on two separate occasions.

Digne has now explained when Liverpool approached him: first in 2013, then again in 2016. Their alternatives were to sign Aly Cissokho on loan, then to convert James Milner into a left-back.

“I can tell you that I said ‘no’ to ­Liverpool twice – because it’s true,” he told the Sunday Mirror.

“Everton fans have sent me a lot of messages on Twitter about it.

“It was a good start for me here, but I am only telling the truth.