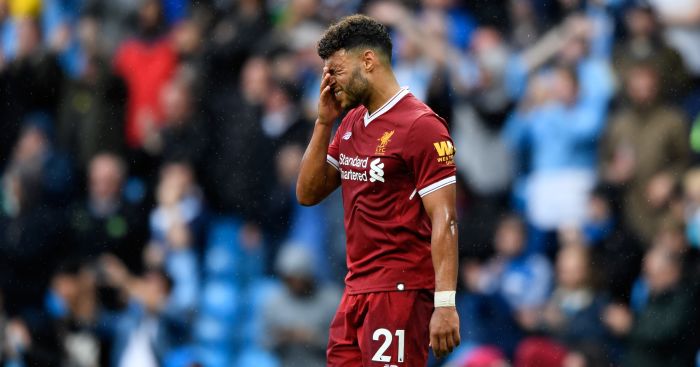 In an updated list, we look at every club’s favourite substitute. The nearly men…

ARSENAL: Olivier Giroud (10 sub apps, 0 starts)
Arsene Wenger, king of the surprise. Oooh, what will he do this week? Probably start one striker and then bring Olivier Giroud off the bench between the 65th and 75th minute. Giroud has come off the bench in 10 of Arsenal’s 11 league games, and played a grand total of 176 minutes. He must be delighted that he stayed.

BOURNEMOUTH: Jordon Ibe (6 sub apps, 4 starts)
Eddie Howe has rung the changes this season in an attempt to find the answer to Bournemouth’s sticky form. Seventeen different players have been given four or more starts, and Ibe is one. Yet the second most expensive signing in the club’s history has made more appearances as a sub than a starter, although did at least play more than 75 minutes in the wins over Stoke and Newcastle.

BRIGHTON & HOVE ALBION: Izzy Brown (4 sub apps, 2 starts)
Glenn Murray has also had four substitute appearances, but his five starts mean that he is usurped for this list by Brown. The on-loan Chelsea kid might have hoped for regular football at the Amex, but has so far played just 130 minutes. His four sub appearances have totalled just half an hour of action.

BURNLEY: Ashley Barnes (9 sub apps, 1 start)
Barnes’ one league start this season, at home to Newcastle last month, accounts for 29% of his Premier League action this season. He is the man Sean Dyche turns to when Chris Wood and Sam Vokes don’t work. What an honour.

CHELSEA: Michy Batshuayi (5 sub apps, 2 starts)
Is being the backup striker at an elite club something to hang your hat on, or something to cause great frustration? Are you proud that a club like Chelsea and coach like Antonio Conte signed you, or annoyed that you now seem to be unwanted and will never push past Alvaro Morata? Whatever the answer, Batshuayi’s situation isn’t likely to change unless he pushes for a move.

CRYSTAL PALACE: Bakary Sako (5 sub apps, 1 start)
For a period of almost two years, Sako couldn’t even get a place on the Palace bench, so he’s probably happy to be their impact substitute. Still, not sure if that means he has improved or just that Palace have got worse. Fear it’s the latter.

EVERTON: Tom Davies (6 sub apps, 5 starts)
Having bounced onto the scene with his hair flapping in the wind and his socks rolled down like a character from Roy of the Rovers, Davies was a part of Everton’s bright future. He started 18 league games between January and May. But the problem with buying too many No. 10s is that some of them will start games in central midfield. Davies has been pushed down the pecking order, and it’s a bloody shame.

HUDDERSFIELD TOWN: Collin Quaner (4 sub apps, 0 starts)
One of three Huddersfield players with four substitute appearances, but Quaner is included because you can make the phrase ‘quail nonce’ using letters from his name, which for some reason made me laugh uncontrollably for three minutes.

LEICESTER CITY: Demarai Gray (7 sub apps, 3 starts)
Finally making progress under Claude Puel, but these league starts are long overdue. Gray has been touted as the next big thing for a while, but it’s hard to prove that correct when you’re sat on the bench behind Marc Albrighton. Who is somehow still only 27.

LIVERPOOL: Alex Oxlade-Chamberlain (7 sub apps, 1 start)
Of course he bloody is; could anything be more certain? Oxlade-Chamberlain is Liverpool’s most-used substitute despite not making his first appearance for them until a month into the season. Four of those seven forays were for 12 minutes or fewer.

MANCHESTER CITY: Bernardo Silva (7 sub apps, 3 starts)
Why wouldn’t your most-used substitute be a £43million summer signing who scored or assisted 23 goals last season for the Champions League semi-finalists. This is Manchester City’s world, where players like Bernardo Silva are brilliant backup options. Raheem Sterling is keeping him on the bench.

MANCHESTER UNITED: Jesse Lingard (8 sub apps, 1 start)
Had you held a gun to my head and asked me to guess one player that I would consider most likely to be on this list, I’d have questioned why you had to resort to such dramatic measures to get an answer that I was perfectly prepared to give without threats of extreme violence. And then I’d have said Jesse Lingard.

NEWCASTLE UNITED: Dwight Gayle (6 sub apps, 3 starts)
Very good in the Championship but lost in the top flight, Gayle is the latest member of the Cameron Jerome Society. Add in a style that isn’t a natural fit for Rafael Benitez’s tactical plans at Newcastle, and isn’t hard to see why Gayle has been used sparingly and off the bench.

STOKE CITY: Peter Crouch (7 sub apps, 0 starts)
He’s the seventh highest-scoring Englishman in the Premier League this season, and he’s played a grand total of 153 minutes. Crouch turns 37 before the end of this campaign, and yet has never been more crucial to Stoke City. He might just have saved Mark Hughes his job. Without Crouch’s goals, Stoke would be 19th.

SWANSEA CITY: Wayne Routledge (5 sub apps, 1 start)
Evidence of why Swansea are struggling to keep their heads above water: Their game-changing substitute is a 32-year-old winger who has registered one assist in each of his last three Premier League seasons. Bleurgh.

WATFORD: Troy Deeney (5 sub apps, 3 starts)
Watford have a very large and very weird squad, which leads to oddities like nine different players having exactly one appearance as a substitute so far this season. Andre Gray and Deeney are the only two players with more than three appearances from the bench, but it’s Deeney who has been used as the ‘chuck on a big striker and see what happens’ option the most often.

WEST BROMWICH ALBION: James McClean (6 sub apps, 2 starts)
Maybe you might have got a few more starts if you respected the poppy a little more, James. That’s all I’m taking from this.

WEST HAM UNITED: Diafro Sakho (8 sub apps, 0 starts)
Tried to leave in the summer, only to come home via a racecourse and agree to stay. Then two months later came out and begged the club to sell him in January with some wonderfully cutting quotes: “I’ve spent three wonderful years at West Ham but I want to see other things. I have nothing against the fans, players or manager but nobody has convinced me to stay.” Surely the arrival of Moyesy will change his mind?