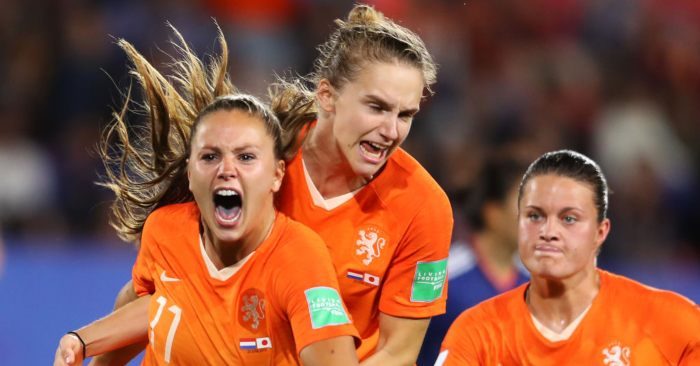 Sound the alarm, this is going to be about the Women’s World Cup.

It’s been fun, hasn’t it? Some of the games have been a little lopsided, but that’s a known feature of any international tournament which is still growing into its shape. In general, the football has been of a good standard, many of the matches have been competitive and intriguing, and there’s been a clear, collective improvement since Canada 2015.

But perhaps one of the tournament’s more underrated qualities has been its freshness. Perhaps that’s even its selling point for anyone who doesn’t engage with the women’s game year round. For people who do, it’s obviously a celebration of a game they help to support, full of finally answered questions and storylines. For those who don’t, who lack that kind of perspective, the absence of that context is actually a great virtue.

Primarily because that’s now so rare to find.

2018/19 was exhausting, and not because it contained any more drama or because its scheduling was any more attritional. Rather, it was just the next stage in the progression which, each year, sees football becoming more angry, more heated, and more partisan. On top of which, the coverage of the men’s game is now so complete that total knowledge is attainable virtually by osmosis. There’s a tremendous pressure to know every youth player, to keep abreast of every league and to have a definitive, passionate and binary position on everything.

Emotionally that’s not particularly healthy, but neither is it conducive to enjoyment either. Over time – gradually, gradually, and without anyone really noticing – the game has lost its capacity to surprise. No longer do international tournaments reveal themselves as untamed lands, full of new players and coaches . Now, everyone is briefed and ready before the opening ceremony begins and those players and coaches aren’t allowed to serve the spectacle anymore, only the pre-existing narratives.

The effect is two-fold: it makes the sport predictable, because with knowledge comes the ability to predict outcomes, but it also fosters anger. Those binary positions again. Everybody has an entrenched belief as to how good Romelu Lukaku is or what Paul Pogba’s best role might be and, inevitably, those become hills to die on, with 90 minutes providing ultimate vindication of one position or another. Or sometimes both.

The Women’s World Cup isn’t afflicted by those issues and that’s a tremendous advantage; even the well-known players do not come carrying sub-plots in the same way. As a result, the current tournament has been played in a refreshing cool air. The tone of those US celebrations against Thailand caused a stir and, reliably, VAR has managed to spoil the party at certain points, but the focus has generally been on the football, rather on what can be concluded, learnt or assumed. That’s a subtle difference, but it’s substantial enough – and certainly relevant to anyone looking for a reason to tune in.

This is a game played within a different mood and set to a lighter key. It’s just as competitive and it means as much to the players and fans, but it doesn’t foster aggression in the same way and emotional intolerance doesn’t pulse continuously through its veins. Impervious to the clawing disturbances which infringe on the men’s game, the sport is instead reduced to something close to its ‘22 players and a ball’ premise. That doesn’t make it basic or under-developed, but its strengths are easier to appreciate as a result.

And that atmosphere does create a flattering context, lending itself to a more traditional and appreciative way of watching. Without any instructive biases or prior knowledge, it’s easier to focus on the pieces of skill, the vision of some of these players and, more broadly, the improvement in the collective standard. To see each game for what it actually is, rather than what it was expected to be. To notice, for instance, the little battles within the war. What’s working and what isn’t. Who can win the game, who can lose it. These are universal footballing dynamics which are always engaging, and they’re currently playing out in a very clear way on free-to-air television.

There’s no compulsion to watch. Neither should there be pejorative judgment of anyone who wants (needs) a summer away from football. But it’s fun and it’s interesting and the contests which lie at the heart of every sporting contest are exactly the same. It’s competitive football and, the athletic differences aside, all that’s really missing is the bluster. The game is still rewarding and cruel and nourishing and heartbreaking; all the elements are present and correct.

The dissenting chant is familiar now. “Who cares?” shout a lot of men on Twitter who only see their children every other weekend. But, even in a milder form, that’s a difficult objection to rationalise. It suggests a fear of something and implies an apparent need to retaliate. As does the confected delusion that the tournament is being forced down people’s throats, as if this isn’t a sporting event at all, but some malignant propaganda or the performing arm of a dangerous cult.

What is the great anxiety here? What is the worst-case scenario which mobilises this anti-movement? What do they think will happen if millions of people watch women playing football?

It’s hard to know. The Women’s World Cup is delivering a distilled version of the game at a time when, elsewhere, the sport’s waters are so murky. Denigrating that is a strange response, as is urging other people to look away.