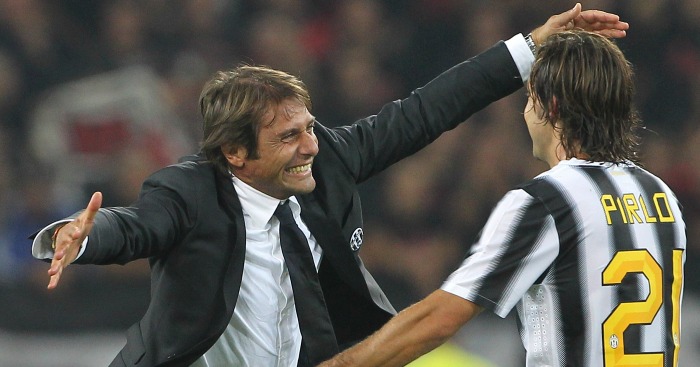 Chelsea manager Antonio Conte has been hailed as a “genius” by one of the few footballers who would also meet that description.

Pirlo won Serie A in three successive seasons under Conte at Juventus and ranks his fellow Italian higher than Carlo Ancelotti, who helped him win two Champions League medals with Milan.

Now at New York City FC, he has been watching from afar as Conte is close to claiming a Premier League title in his very first season with Chelsea.

“Conte, for me, is the best coach because he’s a genius,” Pirlo told Omnisport.

“He works every day, every single moment for soccer, for the team, every small detail and on the field, the players play very good.

“With Juventus, I was with this coach for three years. We won the league, but every day was stronger in training. Maybe now it’s the same at Chelsea.”

“Of course, we have worked a lot and hard. But if that’s the key to winning games, we will work hard. For me, it is a privilege to play with this manager, and I hope we can achieve something together.”