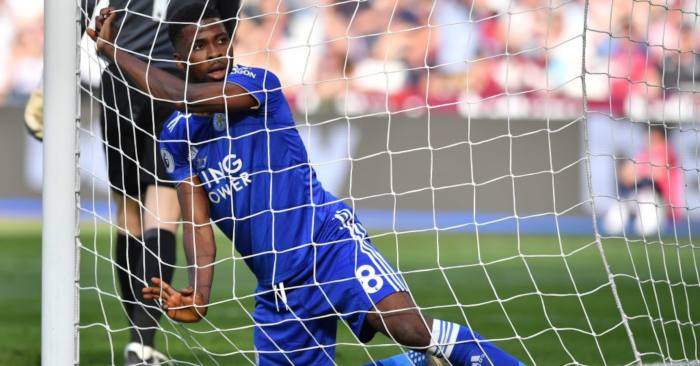 And we’re talking regulars here, so all these players have played in at least 20 of their club’s Premier League games in that position. We have used WhoScored’s ratings as a guide…

Talking of stats, we have also put together a ‘perfect’ Premier League XI of the season.

GOALKEEPER: Asmir Begovic (Bournemouth)
The worst save percentage among Premier League goalkeepers by quite some distance, having saved just 53.8% of the shots he has faced (the ‘next worst’ is Huddersfield’s Jonas Lossl, but even he stops three of five on-target shots). Begovic will leave the Cherries this summer – possibly heading back to Stoke in a part-exchange with Jack Butland – having let in 19 goals in his last six Premier League games.

Most errors leading to goals made by goalkeepers in the Premier League in 2018-19:

RIGHT-BACK: DeAndre Yedlin (Newcastle United)
It had somehow escaped our notice that Yedlin had lost his Newcastle place to Rafa favourite Javier Manquillo, but it was hardly surprising after a run of three winless games in March/April culminated in the American giving away a penalty for the only goal of the game against Crystal Palace. Yedlin has been found out this season; he is quick but offers very little else and no tears will be shed if/when he leaves the club this summer.

CENTRE-HALF: Terence Kongolo (Huddersfield Town)
There had to be one Town defender in there – they were utter sh*te, after all – and it’s Kongolo who gets the nod despite a season in which his reputation has more or less escaped unscathed. We presume he will leave this summer, because nobody buys an £18m Dutch international from Monaco to then play him in the Championship.

Looks like this summer we are going to have to replace Pritchard, Mooy, Löwe, Hadergjonaj, Lössl, Zanka, Billing, Depoitre, Williams, Sabiriy and Kongolo at the very least.

All without a director of football, rookie manager and rookie owner.

Anyone else concerned? #htafc

CENTRE-HALF: Tim Ream (Fulham)
Hands up if you had any idea at all that 31-year-old US centre-half Tim Ream started 25 Premier League games for Fulham in this disastrous season? This is his second relegation from the top flight (the first came in 2012 with Bolton) and Ream remains very much a Championship player. But is he a threat at set-pieces? Well, he has had one effort on goal all season. So no.

LEFT-BACK: Gaetan Bong (Brighton)
Don’t listen to us, listen to the fans…

3. Gaetan Bong
Apps: 24
Goals: 0
Assists: 0
Best moment:
Season summary: Was the weak link for much of the season. Had some unfair criticism, some justified.
Grade: C- pic.twitter.com/oVD5Mxti32

And yet Chris Hughton gave him a new one-year contract and consistently picked him ahead of the rather more impressive Brazilian Bernardo. And that’s one of the reasons that Chris Hughton is no longer Brighton manager.

CENTRAL MIDFIELDER: Nampalys Mendy (Leicester City)
Claude Puel found him in a cupboard and then Brendan Rodgers shoved him back inside just as soon as he had seen Youri Tielemans in training; Mendy has not started a Premier League game under the Northern Irishman. He has not scored or assisted a single goal this season and has taken just two shots, while two of his five ‘key passes’ came against Manchester United. And as Wilfred Ndidi basically does all the tackling, that didn’t leave Mendy with an awful lot else.

CENTRAL MIDFIELDER: Harry Arter (Cardiff City)
Somebody had to make it from Cardiff and that man is on-loan Bournemouth midfielder Arter, who actually had a pretty good season – certainly, effort was never an issue – but struggles on the WhoScored algorithm because he claimed only one assist all season while picking up a hell of a lot of yellow cards. Basically, he fouls more than he intercepts so rumours that he will return to the Championship with Fulham next season seem just about perfect.

Harry Arter – 8/10: the Irish Kante the man never stopped running this season gave everything for 90mins each match would love to see him next season. The man deserves premier league football. pic.twitter.com/jdbXOgWA5L

ATTACKING MIDFIELDER: Elias Kachunga (Huddersfield Town)
Basically, everybody who played as a winger or attacking midfielder for Huddersfield Town was basically awful. And we mean really f***ing awful. Kachunga played 20 Premier League games this season and produced zero goals and zero assists. In fact, he created a grand total of five chances in over 1,000 minutes; that takes some doing. Mind you, the only Town players to be credited with more than one assist this season were striker Steve Mounie and left-back Chris Lowe.

ATTACKING MIDFIELDER: Isaac Mbenza (Huddersfield Town)
And here’s another one, though Mpenza did at least claim one goal and one assist each. The Belgian is an attacking player and yet 15 Town players created more chances per 90 minutes. Bizarrely, the club has opted to turn his loan from Montpelier into a permanent signing. “It’s better for my head, because now I can concentrate on Huddersfield,” he said, revealing the problem from last season; he simply wasn’t concentrating.

Kachunga (4) Keep – Championship player, good attitude.
Diakhaby (5) Keep – Attitude problems, technically not the best, but quick and good with the ball at his feet.
Mbenza (5) Bought – Fast, skilful, but has poor positioning, could go either way.
Rowe (5) Loan – Needs game-time

ATTACKING MIDFIELDER: Helder Costa (Wolves)
Wolves have been brilliant – and were top of our expectation table – but Helder Costa has been exposed as being way below their new standards. So much so that he has not started a Premier League game since January 2. His one goal and two Premier League assists all came in a golden spell in December. Costa is expected to leave Wolves this season for Championship pastures new. Astonishingly, he is a full Portuguese international.

STRIKER: KELECHI IHEANACHO (Leicester City)
Nobody should have been surprised that Kelechi Iheanacho missed the gilt-edged chance that could have handed the Premier League title to Liverpool; he has not scored a Premier League goal since September, when he had a fruitful run playing as a No. 10 behind Jamie Vardy. Since 56 woeful minutes against Tottenham in early December, the Nigerian has not started a single top-flight game.

“Sending Kelechi out on loan is a possibility, but it’s not something I’m thinking about. He’s got natural talent, and is still a young boy, you’ve got to remember. My plan for him is to build up his confidence in the next few weeks,” says new boss Brendan Rodgers. It’s quite the task.