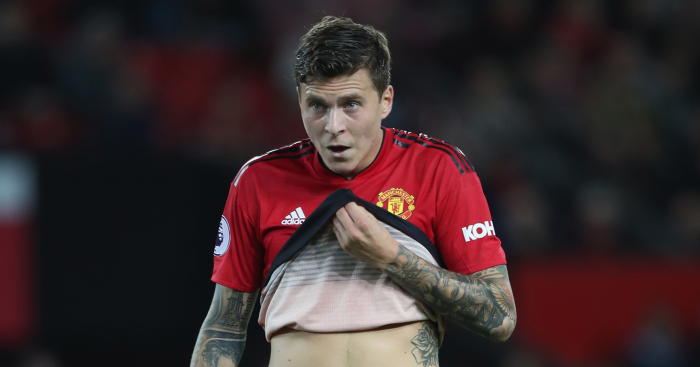 And we’re talking regulars here, so all these players have played in at least three-quarters of their club’s Premier League games. We have used WhoScored’s ratings as a guide…

GOALKEEPER: Jonas Lossl (Huddersfield Town)
Only Cardiff City’s Neil Etheridge has a worse save percentage among those goalkeepers who fit the criteria, but at least the Bluebird has saved two of three penalties. Lossl is at least slightly better than his Huddersfield teammate Ben Hamer (the only English goalkeeper not called up by Gareth Southgate) but it’s close; he saves barely 60% of the shots on target he faces. He’s not Town’s biggest problem but he is one of many.

RIGHT-BACK: Cedric Soares (Southampton)
Yes, European Championship winner Cedric Soares. But the statistics show he makes only the occasional tackle and has created only a handful of chances. It’s not exactly endearing him to Saints fans in a particularly miserable season.

Cedric Soares is the most overrated defender in the premier league. Spent more time practicing with the ball and less time his fucking hair it would be great 👍#Saintsfc

CENTRE-HALF: Denis Odoi (Fulham)
There had to be at least one Fulham defender in this list as they really are absolutely disastrous at the back. Odoi draws the short straw simply because he has played the most games. The buck stops with the one-time Belgian international. Though the buck would probably go through his legs.

#Lindelof would be a brilliant defender if he could was faster, better in the air,more aware of the danger around him and could defend.

LEFT-BACK: Gaetan Bong (Brighton)
He’s not great at tackling, he doesn’t create many chances and he loses the ball an awful lot. Aside from that, Brighton are lucky to have Gaetan Bong as their left-back. It is starting to look very bizarre indeed that Brighton spent £9m on a left-back this summer…and still stick with Bong.

CENTRAL MIDFIELDER: Jack Cork (Burnley)
The England international is tackling and intercepting at around half the rate of last season as Burnley’s form has fallen off a cliff. And if you are Jack Cork and you are neither tackling nor intercepting – and you have created just one chance in your last seven games – exactly what are you doing?

CENTRAL MIDFIELDER: Dale Stephens (Brighton)
Almost two seasons into his Premier League career and we absolutely could not pick Dale Stephens out of a line-up. But his inclusion in this XI is harsh and is clearly based on the fact that he offers pretty much zero goal threat and creates pretty much zero chances. Oh and the fact that he has been sent off for a shocker of a challenge.

ATTACKING MIDFIELDER: Helder Costa (Wolves)
No goals or assists in 12 Premier League games for an attacking player is almost admirable. Costa has taken 18 shots without troubling the scorers, while none of his seven key passes have been converted. He does dribble very well but he also loses the ball an awful lot too. And he really, really cannot shoot.

Haven’t seen a mismatch as big as Helder Costa vs Saed Kolasinac for a long time. Absolutely rinsed him all afternoon! If only he could finish… #wwfc 🔥🔥🔥

ATTACKING MIDFIELDER: Diogo Jota (Wolves)
It’s at this point that you realise just how few goals Wolves have scored. Jota has taken 16 shots without troubling the scorers, while none of his nine key passes have been converted. He does dribble very well but he also loses the ball an awful lot too. It’s hard to believe that he scored 17 goals in the Championship last season.

Diogo Jota on the scoresheet for Portugal U21’s yesterday. Couldn’t miss but he needed a goal, hope that sparks his goal scoring form of last season! #WWFC #Wolvesaywe pic.twitter.com/2D9hOfqPQN

STRIKER: Danny Ings (Southampton)
This looks awful harsh because non-scoring strikers simply do not start three-quarters of their club’s games, but Ings has taken 30 shots to score his four goals and has claimed only one assist so far this season for the Saints. Oh and he has won only six of his 30 aerial duels. We strongly suggest that Southampton start playing it on the floor more. Mind you…

Not sure how we've escaped there… 😨

Danny Ings misses an open goal from only a few yards out. It remains goalless.