Home F365 Features The worst-titled football autobiographies of all time 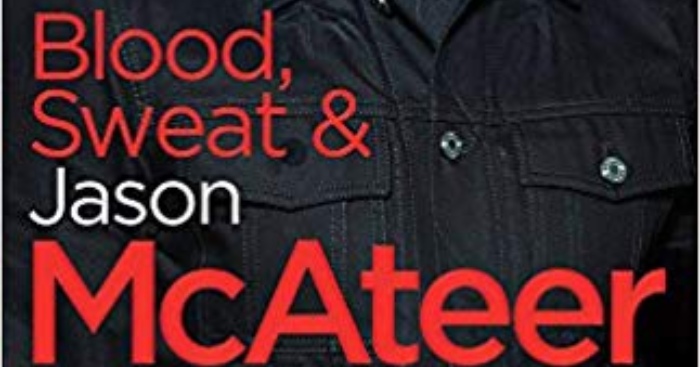 They say never judge a book by its cover. But no-one has ever said ‘never judge a footballer’s autobiography by its terrible name’. So, today, we’re going to do just that.

Despite never winning the awards they deserve, football autobiographies are, inarguably, the greatest gift to literature since Chaucer. A maverick attitude towards grammar – check. References to obscure noughties footballers – you got it. Entire chapters dedicated to Nigel Worthington kicking a skip – in the case of Darren Huckerby’s autobiography, you better believe it.

They’re somehow at the same time both mind-numbingly formulaic and wildly unpredictable. Which is why 1) We love them and 2) We’re EXTREMELY grateful there’s so many of them.

In fact, until recently we didn’t realise just how many obscure nineties and noughties players have put pen to paper. We all know Zlatan, Pirlo, Roy Keane. But who knew Garry Monk wrote one all the way back in 2012? Or that, just as confusingly, Grant Holt released one three months ago (and it is frustratingly hard to find in stock on Amazon). More importantly who would read them?

The answer is: Us.

On our podcast The Football Book Club, we’re on a mission to read another forgotten, obscure or just plain dodgy footballer’s autobiography every week until we read them all or our eyes fall out. Whichever comes first.

Here are some of the worst titled we’ve found on our journey so far:

6) Jason McAteer: ‘Blood, Sweat and McAteer’
Former Liverpool and Blackburn player Jason McAteer’s autobiography is unlucky to be in here as it’s a genuinely very good (and genuinely very long) book. Funny, excellently structured, honest and insightful. Which is why it’s a shame he joins an elite club of footballers who can’t think of a decent title so opt for a naff pun instead (see also Matt Le Tissier’s ‘Taking Le Tiss’ and John Gorman’s ‘Gory Tales’).

At the very least the last word should be ‘McAteers’, but then that would suggest there’s more than one Jason McAteer in some kind of body swap thriller (which, SPOILER, there isn’t) so this one’s doomed from the start tbh.

Alternative title: McA-Top Teer: The Story of One of the Premier League’s Best Irish Utility Men

5) Barry Ferguson: ‘The Life and Times of Barry Ferguson’
The title of the book suggests Barry has lived a life full of great adventure, like a hobbit that threw a ring in a volcano before going on to captain Blackburn. He didn’t. He was a Rangers legend, played for a bunch of teams beginning with ‘B’ and then retired.

Luckily for Barry, the book has a second title – ‘Blue’. But then that just makes it sound like a jazz album you find in a charity shop (probably next to a copy of this autobiography). So, sadly Barry, this one needs a total rethink.

4) Maya Yoshida: ‘Unbeatable Mind’
In fairness to Maya, at least he doesn’t just shove his name into an awful pun and instead opts for a title that works on its own. It’s just in doing so he’s chosen one that sounds like a Japanese game show imported to the UK and hosted by Nick Knowles.

The ‘unbeatable mind’, as Maya goes on to explain, is his focus and determination through difficult injuries and spells on the subs bench, in an unexpectedly good autobiography.

PLUS he is the only footballer we’ve so far encountered to dedicate FIVE WHOLE PAGES of his book to venting his frustration about a pair of curtains he ordered that didn’t turn up. So, for that, all is forgiven.

3) Lorenzo Amoruso: ‘LA Confidential’
As with all good football autobiographies, it’s hard to tell if this name is genius or absolutely terrible. We’ll go for the latter as, no matter how good the pun is, unless the book is scattered with references to police corruption, set in California or features much more Guy Pearce than I expect it does, it doesn’t really make sense. Although bonus marks Lorenzo for using your initials as a pun.

Also, on the cover he looks like Steven Seagal playing an Italian centre-back. So, Channel 5, if you’re listening, give us some budget to make this happen.

The problem is this phrase is, without exception, a celebratory phrase intrinsically connected to the LGBTQ+ community. A community Garry Monk does not belong to.

We’ll be honest, we did wonder if maybe there was a chance Garry Monk did come out in this book – but no-one had noticed because no-one would read a book which looks like something the manager of a local golf club would self-publish about himself.

It’s a Monday morning, which means it’s time for more @FootieBookClub! This week it’s the bafflingly titled “Loud, Proud and Positive” by Garry Monk, including a lot of (too much?) discussion about a dream I had involving a new character: Jesse Linchicken https://t.co/TnYd48zFWE

Imagine our disappointment when, 192 pages later, it’s clear that Garry Monk is not just most certainly a heterosexual man with a heterosexual wife, but also that the only word in the title that really applies to him is ‘Loud’. Which, admittedly, is also a bad name.

1) Lee McCulloch: ‘Simp-Lee The Best’
Simp-Lee an incredible lack of effort. A master of the ‘let’s keep this for now and when we think of a better title, we’ll use that instead, yeah?’. Six years since its release, they’re still thinking…and therefore it’s the undisputed champion of dodgy football autobiographies.

To hear our thoughts on more of the very best/worst footballers’ autobiographies, listen to the brand new podcast The Football Book Club, available on all podcast platforms now. So far we’ve read Darren Huckerby’s ‘Hucks ’and Louis Saha’s ‘Thinking Inside The Box’, with a new book coming every week. They can also be found on Twitter.