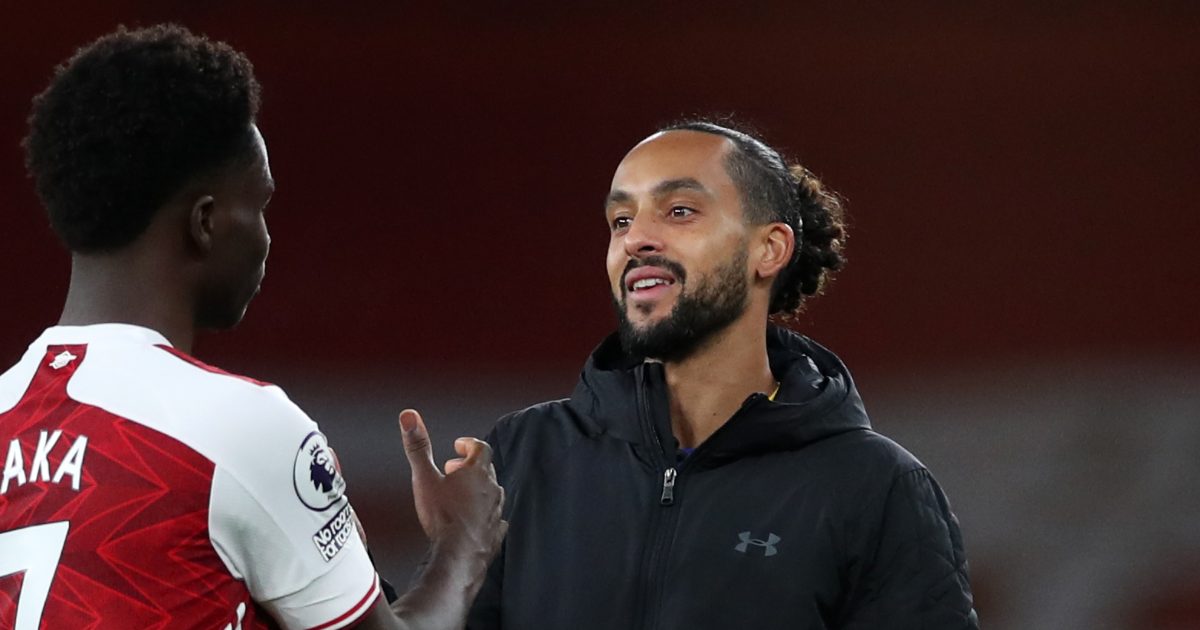 Theo Walcott believes former Arsenal midfielder Aaron Ramsey “would love” to return to the Gunners and that this move would “tick a box”.

Ramsey was a teammate of Walcott at Arsenal. The Welshman spent eleven years at the Gunners between 2008 and 2019.

The midfielder was a key player for Arsenal throughout this time as he played over 350 times for them.

The 30-year-old won the FA Cup three times before he joined Serie A side Juventus on a free transfer.

This move has not gone to plan for Ramsey as he has been in and out of the team for the Italian giants since 2019.

The ex-Arsenal star has been linked with a move to Newcastle United in recent weeks.

As reported by The Metro, Walcott has suggested Ramsey is a “workhorse” who would welcome a return to Arsenal:

“I’ll find out, give him a call and pester him [on if he’s returning to the Premier League],” Walcott said.

“Do you know what, it would be lovely, it would be fantastic if he came back to the Premier League. I feel like he would want to.

“Some part of me in my head thinks that he would love to come back to Arsenal. It does. Something about that would sort of tick a box.

“It’s one of those things, he’s at Juventus and he played very well for Wales last night and it’s good to see. A lot of people have been on his back in Italy, which I haven’t seen a lot or enough of it to comment on that.

“But he’s a leader. He’s a workhorse. Still playing for his country and has all these caps.”

“I’d go and get Ramsey or someone like that. He’s still a good player and it isn’t working for him at Juventus at the moment.

“I’d target those kind of players where you don’t have to pay them silly money.

“I’d take Coutinho, too, because we were talking about the Man City takeover and they had Robinho come in.

“Coutinho’s not really playing his football properly at Barcelona, and Barcelona will take anything – they still owe Liverpool for him, don’t they?”

“Barcelona could say: ‘You cancel that Liverpool debt, and you can have him!’”