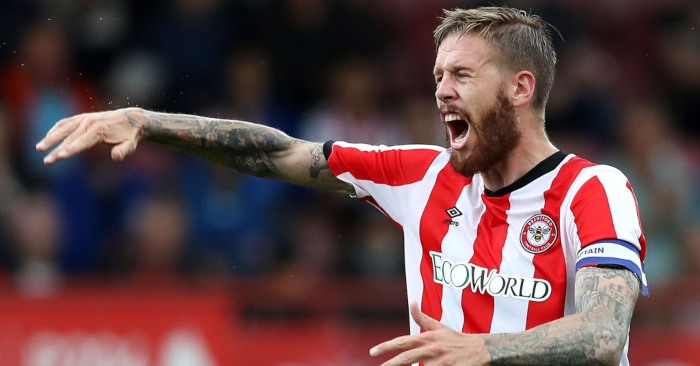 ‘Long live the scheme. Long live our hopes. Long live the dream.’ Words sung by The Adicts frontman Keith Warren for the first time in 1982 have perhaps never been more appropriate in 21st century football than right now for Brentford.

In a world where more than a handful of Premier League hopefuls throw money at the wall for short-term fixes and false promises of the supposedly ‘Promised Land’, the Capital Bees are set to be rewarded for daring to look beyond the immediate future.

If a revolution is to forcibly overthrow a regime, then the Griffin Park outfit are proving that outgrowing the Championship at a steady pace is the correct way to do things. FFP excuses and selling stadiums to umbrella groups is not the only way of getting things done.

After all, how many of their contemporaries could potentially lose the previous season’s joint second divisional top scorer, one of the most creative players to ever grace this corner of west London, three good Championship-level midfielders, and one of the second tier’s brightest defensive prospects all in one summer and still come up smelling of roses?

That can only happen when it’s all part of the plan. Buy cheap, sell for near-maximum profit, and reap the rewards of what you sow. It’s not the first time they’ve started a season without their key players from the previous season, but it could be the last. Five successive successful second-tier seasons have paved the way for something greater.

Brentford are not moneybags, and they aren’t quite replicating ‘Moneyball’; to suggest so would be belittling owner Matthew Benham’s vision, but they are doing Championship success their own way. Financial Fair Play works in seasons of three and clubs so obsessed with spending to its very limits work on even shorter terms than that, but this is a project coming to fruition after well over half a decade of hard work.

Five years of Championship football has brought with it a multitude of top-half finishes through evolution. Venture back to August 2014 and you find Brentford’s first of 230 straight league matches at second division level with a team which included no current members of the squad, but plenty sold at a profit; striker Andre Gray, right winger-cum-full back Moses Odubajo, and England international James Tarkowski to name but a few. This is Griffin Park: home to the Evolution.

For the ‘lesser’ clubs, marginal gains are everything. Some managers collude to make the spirit of a team greater than the sum of its parts. Brentford, since professional gambling mogul Benham bought the club after initial investment well over a decade ago, have used analytics to find rough diamonds and transform them into bone fide gems.

Neal Maupay – he of 25-goal fame in 2018/19, could be set for a move worth a tenfold profit. Said Benrahma, a perennial loan player away from former club Nice, could go for similar money. West Brom have paid a seven-figure fee to take back youth academy graduate Romaine Sawyer,s who arrived at Griffin Park for nothing three years ago. And one season was all Ezri Konsa needed to go from a £2.5million centre-back to an eight-figure Premier League defender.

Buy cheap. Buy young. Buy wise. It all seems so simple. So why isn’t everyone doing it? Quite simply, this isn’t the sort of plan that pays immediate dividends. Barring a play-off campaign in their first season back in the second tier, Brentford have largely played the seeming role of also-rans, nearly men who couldn’t quite make the top six cut. But that mattered little in TW8.

Now, evolution is ready for its next step in west London. This summer, the average age of the new arrivals at Griffin Park has been far above previous years. Ready-made stars – not least in the mould of 28-year-old Pontus Jansson – are ready to take Brentford through the next phase. The last time the Bees brought in someone the same age as the Swede was 2017, and that was perennial second-choice shot-stopper Luke Daniels.

Turning young talent into valuable assets afforded the club natural profit off the field and they are now plugging away to prepare a team capable of taking them to the top tier. Centre-half Ethan Pinnock (26) and Spanish goal keeper David Raya – 23, and, the youngest of their summer signings – both come with recent promotion pedigree, while midfielders Mathias Jensen and Christian Norgaard have top-level European experience.

No longer have Brentford got a team for the future, a team to make a profit, to attract the next young stars. They now have a team ready for promotion, ready to challenge the top, right here, right now. For years, Brentford have been looking towards the future, but the future is now. They must make it count.