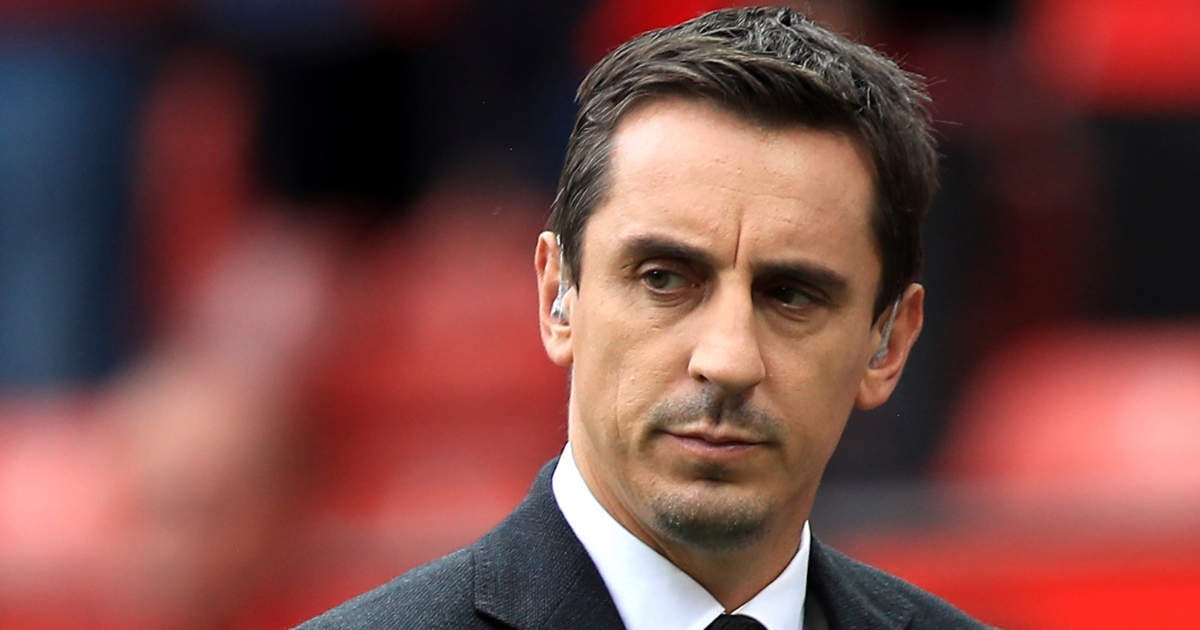 The Reds have a manic few weeks coming up with the return of the Champions League and Carabao Cup, totalling seven games in 22 days.

And Neville was asked if he thought the German would alter his side for their match against AC Milan on Wednesday after previously being sceptical of Liverpool’s ability to compete on all fronts.

“I think it was three or four years ago when I said I didn’t think they would be able to compete in the Champions League and the league and they proved me wrong”, he told Sky Sports ahead of Sunday’s match with Leeds United.

“Because of the way they play, Liverpool, the fact that they haven’t got a massively strong squad in terms of loads of depth, and the difference between the first eleven and below that is quite big, I thought they would struggle.

“They’ve proven over the years that they can handle it. I don’t see an issue for them. I think this [Leeds] game suits them today, it’s a really good game to play.”

Elsewhere, former Liverpool defender Glen Johnson thinks Xherdan Shaqiri’s transfer to Lyon was a better move for the player than the club.

He told Bettingodds.com: “At the moment I’d have to say it’s a better move for Shaq. He wasn’t playing football so he needed to leave to try and get back to the levels that he was at.