Home All The News Henry cautious over Messi move; points out PSG problem 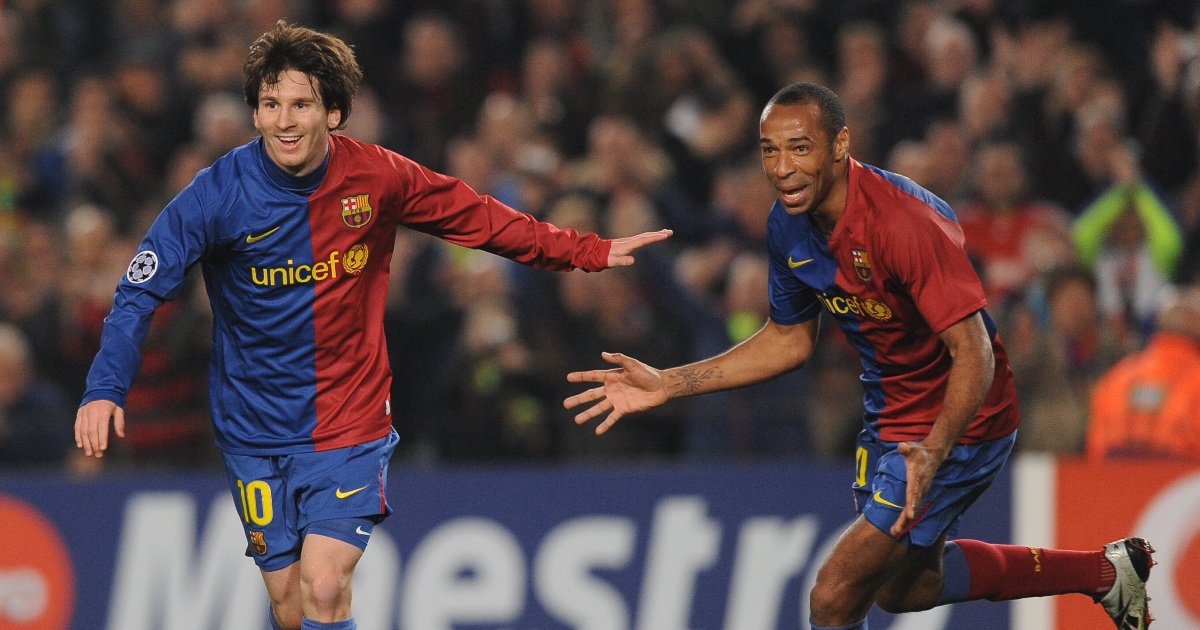 Arsenal and Barcelona legend Thierry Henry says Paris Saint-Germain need to find a ‘balance’ if they are going to win trophies, despite signing Lionel Messi.

They have responded to that failure by completing arguably the greatest transfer window of all time.

Messi arrived on a free from Barca, while Sergio Ramos, Gigi Donnarumma and Gini Wijnaldum also joined the club without a transfer fee.

They did spend big on one player as Morocco wing-back Achraf Hakimi was signed from Inter Milan for £60.9million.

PSG will hunt that illusive Champions League trophy once again this season, but Henry has pointed out one area where they fall behind other teams.

Speaking on Amazon Prime (via Mirror), the Frenchman said: “We always talk about great players, attacking, going forward, but we need a balance.

“We are talking about the team in which I played at Barca, but people forget to point out that we weren’t conceding a lot of goals. In general, teams that don’t concede a lot of goals are not far from the title, or even from the Champions League.

“When you have superhuman players, it gets a little easier but when I see how Paris is evolving at the moment, they concede too many goals for my taste to be able to go a little further. It is true that there was a lack of players but the balance is the most important.”

Real Madrid legend Ramos should improve their defence, as long as he can stay fit.

The 35-year-old managed just 15 league appearances in 2020/21 due to muscle and tendon injuries.

Pochettino can also rely on Brazilian international Marquinhos at centre-back. He captained them last season and scored against Manchester City in the Champions League semi-final, although they went on to lose the tie 4-1 on aggregate.

PSG chiefs are reportedly plotting another ridiculous transfer as Cristiano Ronaldo could join Messi in the French capital next year.