Home All The News Henry rates Arteta’s job, urges him to ‘deal with’ one Arsenal man 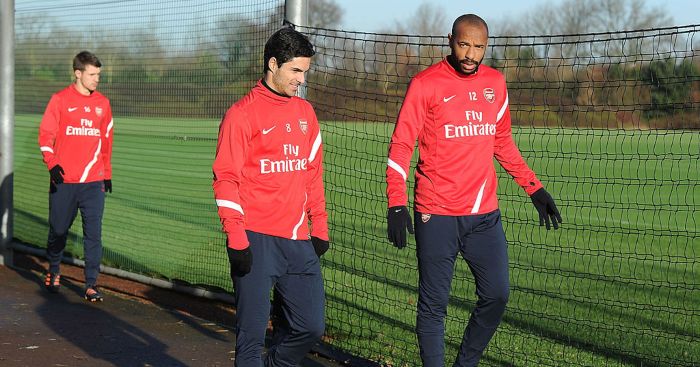 Thierry Henry has praised Mikel Arteta for the job he is doing at Arsenal but has urged him “to deal with” the Mesut Ozil “case”.

The Gunners have won four of their seven Premier League matches this season and sit in ninth position in the table, with their three losses coming against Leicester and last season’s top two, Liverpool and Manchester City.

Their domestic fixture list looks a little kinder over the next couple of months, while they have excelled in the Europa League group stage so far with three wins from three.

Arteta won the FA Cup at Arsenal last season, while he lifted the Community Shield before this campaign started and Henry has been impressed by the Spaniard’s time in charge.

“When you’re going to be the boss after the big man, so obviously Unai Emery was but now it’s Arteta, it’s not easy to go after Arsene Wenger, it’s not easy at all.

“When you inherit a team from someone, you need to make sure you can clear some stuff, because it just doesn’t happen overnight.

“And then people are like ‘Oh, oh, oh, he didn’t give all those contracts to some of those players’. So he needs to make sure he needs to bring the players that he needs to adapt to his system. And that takes time.

“And on top of everything, in this league it takes even more time because the competition is crazy. I don’t know when was the last time where, after six games, every team already lost a game.

“Every team already lost a game – I don’t remember that. It means what it means, it’s not easy for even the teams that are well prepared, well organised.”