Home F365 Says Things could be Marvelous for Aston Villa… 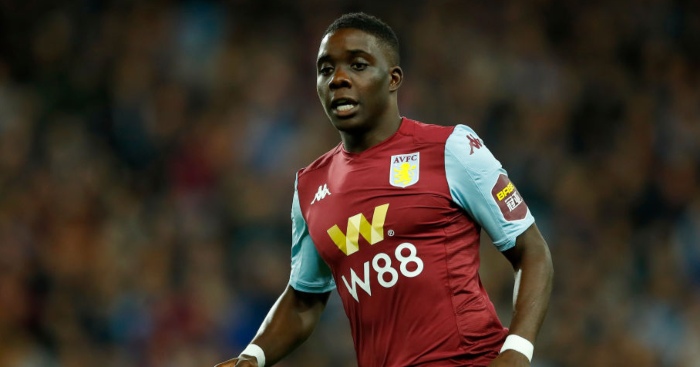 When your £22m striker has scored four goals, your £20m centre-half is a new and improved England international and his surprisingly excellent partner cost just £7m, that Marvelous Nakamba has made a compelling case for being Aston Villa’s signing of the season in the space of four Premier League games is astonishing. But such is the impact of an agricultural and tactically unambitious defensive midfielder on a team with designs on Premier League survival. Somebody needs to do the dirty work and when you’re Villa, there’s an awful lot of dirty work.

Wilfred Ndidi had to wait for Idrissa Gueye to leave Everton to be crowned the Premier League’s ultimate tackle machine in the mould of the peerless N’Golo Kante. But there is now a new all-action kid in town, with Nakamba already ranking third on the midfield tackle list (per 90) behind the Nigerian and Southampton’s Oriol Romeu. Tackling is not just his job but his mission, with Nakamba showing little desire to move from his station just ahead of Mings and Engels; he is a comfort blanket that the Villa attackers are more than happy to keep on the bed at home.

The Zimbabwean has not staunched the flow of goals against Villa – they have conceded six in four games both with and without him in the side – but he has allowed their more creative players more freedom.

“He was everywhere. You see him winning second balls and feeding us lads up the pitch,” said John McGinn after his Premier League debut. The Scot – along with Conor Hourihane and Jack Grealish – is more than happy to be the beneficiary of Nakamba’s selflessness. After making eight tackles in the opening-day defeat at Tottenham, McGinn has made just nine in four games since Nakamba took up residence at the base of their midfield. And he has taken twice as many shots, with Villa scoring double the number of goals with Nakamba in the side than without.

Marvelous Nakamba may well be the signing of the season so far. So calm on the ball, and always in the right place at the right time. You could argue Engels or Mings but Nakamba allows McGinn and Grealish more freedom. Great buy! #avfc

One glance at average position diagrams tells you that Villa’s probable survival will not be achieved by organisation and a pragmatic commitment to ‘two banks of four’ – perhaps impossible with such a large influx of players – but by the now front five scoring more goals than Nakamba, Engels and Mings can stop at the other end. So far they are just about winning the battle, and all the statistics suggest their form is probably just about sustainable.

On Saturday they face a Brighton side just above them in the actual table but far, far above them in terms of xG, with that theory realised against Tottenham two weeks ago when Neal Maupay and Aaron Connolly combined to trouble the Spurs defence with their pace and directness. Villa will expect Nakamba to have more energy and enthusiasm than the sluggish Eric Dier for that particular battle.