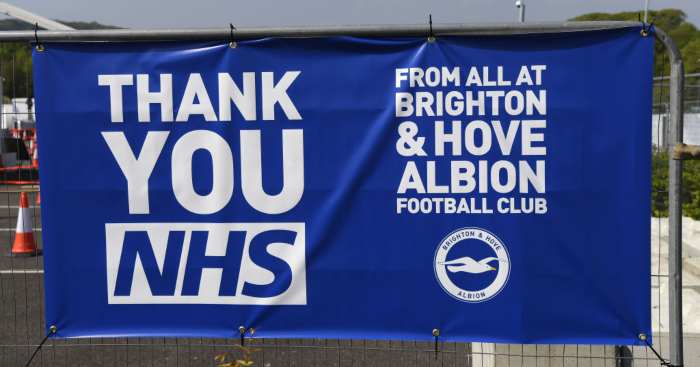 The unnamed player will go into 14-day isolation while he recovers from the virus.

The rest of the squad will continue to train, both at home and in solo sessions at the club’s training ground.

FEATURE: Pros and cons of Project Restart: Which side are you on?

Two other players, whose names have also not been revealed by the club, contracted the virus earlier on in the pandemic, but are understood to have since recovered.

Barber said on Sky Sports News: “It is a concern, unfortunately we have had a third player test positive just yesterday.

“Unfortunately, despite all the measures we have all been taking over the last few weeks, when the players haven’t been involved in taking any significant training at all, we have still suffered another player testing positive for the virus.

“There are concerns and I think it is normal for all clubs to have those concerns. We want to make sure we do all that we can that the protocols that are put into place are safe and secure and mitigate the risk.”

Brighton have been criticised for their vocal stance, but Barber insists everyone is acting with self-interest.

“People will accuse us of self-interest, I totally understand that, but at this stage of the season there is self-interest at every level of the table,” he added.

“Everyone has different objectives for the season and we are all looking to play out the season, if it is safe to do so, and we really do want to play, and we want to make sure the competition stays as fair as it can be despite these exceptional circumstances that we are facing.”